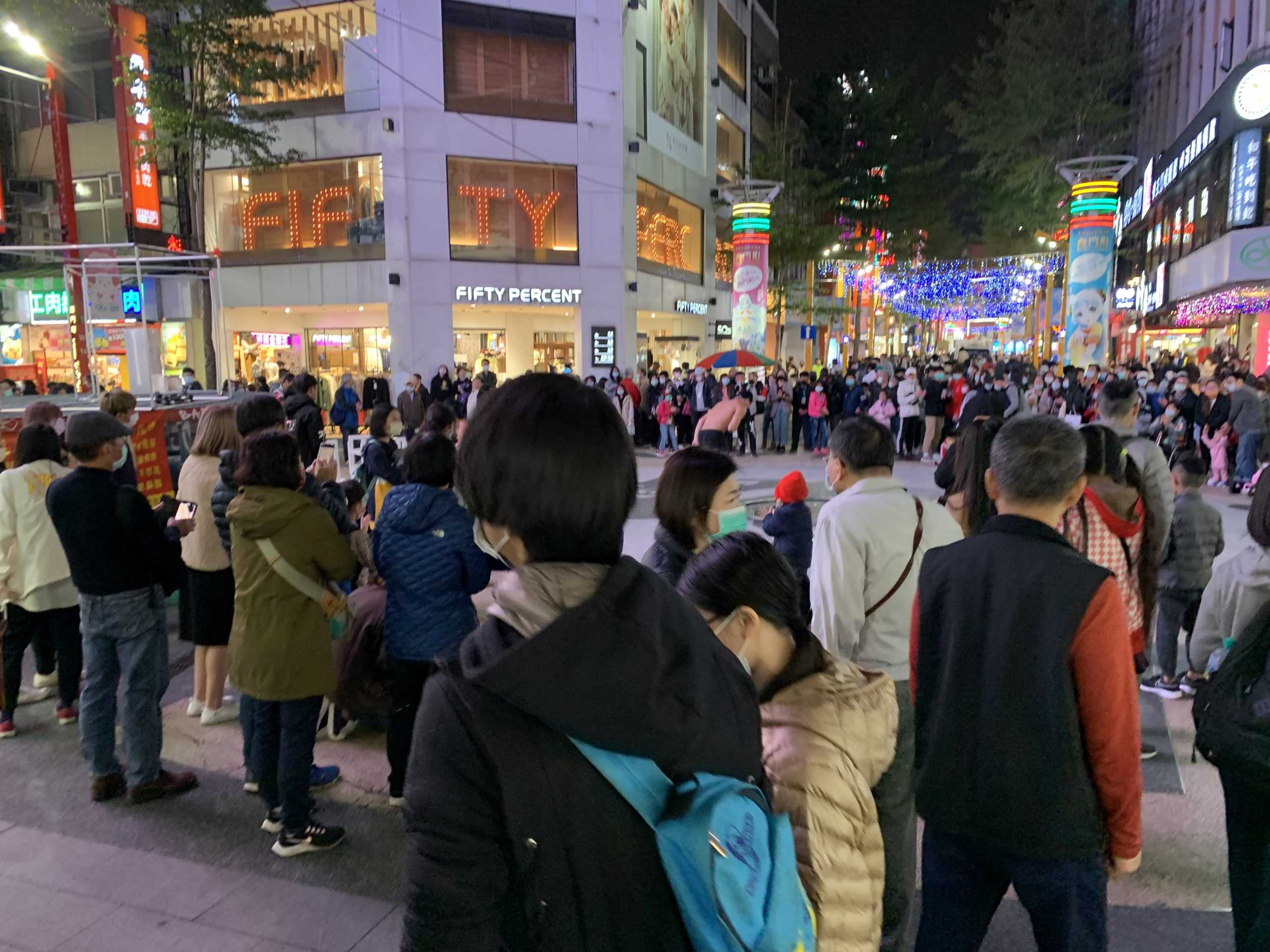 A TEEMING VIEW — Except for the prevalence of face masks, the global pandemic seems almost absent in Ximending, Taipei's equivalent of Time's Square. I spent my 14 days of mandatory self-quarantine in a designated quarantine hotel located in the center of this popular plaza, where I watched scenes like these from the window of my fifth-floor room. Photo: Timothy Hung

Mishandling misinformation: What a trip to Taiwan taught me about America

Wanting to take a break from the empty streets and shuttered businesses of Palo Alto, my family and I renewed our Taiwanese citizenship, got tested for COVID-19 and boarded a socially-distanced plane flight destined for Taipei in December. At the time, the United States had just surpassed 16 million COVID-19 cases and California was entering its most stringent phase of shelter-in-place yet.

I spent the first 14 days of my trip in my fifth-floor quarantine hotel room, overlooking streams of people shopping for clothes and crowds huddled around street entertainers, wondering why there was such a difference between the development of COVID-19 in the two countries.

After my self-quarantine, I moved into my grandparents’ rural apartment and started to visit hot urban areas and thriving night markets. Everywhere I went, the sight of someone not wearing a mask in public was exceedingly rare, which, for a country with among the lowest COVID-19 rates in the world, surprised me — and this correlation was likely not coincidental.

During Taiwan’s latest presidential election, which took place last year on Jan. 11, pro-China fake news flooded the island. False claims about the incumbent president, Tsai Ing-wen, and fabricated articles elevating China’s favored candidate, Han Kou-yu, spread across the internet and social media platforms. Despite this, Tsai won in a landslide. Fake news failed, and I believe the U.S. should take a page out of Taiwan’s proactive and innovative approach to battling misinformation.

Taiwan’s winning battle against fake news should demonstrate to the world that the best defense to misinformation is a strong offense.

Recently, Taiwan has started partnering with private companies to extend its anti-misinformation resources directly into the hands of its citizens. A major example is Line, the island’s most popular messaging app. Its users can now send links and statements to an accessible fact-checking chatbot, Cofacts, where volunteers rapidly research claims to determine their validity.

This method has recently stunted numerous false COVID-19 claims and conspiracies before they could go viral, including posts about the Taiwanese government’s cremation of infected citizens to avoid reporting the true number of COVID-19 cases in the country. This stands in stark contrast to America’s failure to bust conspiracies such as COVID-19’s laboratory origins as a biological weapon — which, according to the Pew Research Center, 26% of Americans currently believe.

Taiwan’s winning battle against fake news should demonstrate to the world that the best defense to misinformation is a strong offense. Considering America’s reactive, whack-a-mole response to COVID-19 misinformation waged mainly by for-profit social media corporations, the country’s widespread noncompliance and misunderstanding regarding the pandemic becomes better contextualized.

Even after the pandemic ends, the U.S.’ infodemic will remain. Taiwan’s resilience in the face of misinformation is a promising sign that even small democracies can fight for a better news environment. It’s time for the U.S. to build a new and offensive repertoire against misinformation –– and we can start by learning from Taiwan.