Meeting Memento: A Local Musician Shows His Life In His Music

A heavy drum beat echoes from a speaker into the small storage shed-turned-studio next to  Memento’s, or Parth Relan’s, house on Embarcadero Road.

Memento, a musician, sits on a chair by his keyboard playing his song “Price I Pay.” Eyes lowered, he plays chords which fit perfectly into his pre-recorded music playing from the laptop next to him. He finishes the instrumentals and stands up to begin recording his vocals at the microphone near the keyboard. After putting on his headphones, he falls into a trance: eyes closed, body swaying to the beat. When the music ends, Memento remains in his world for just a few moments before opening his eyes.

Memento, a 2010 Palo Alto High School graduate, has deviated from the conventional career path of a desk job. Although finding support for his passion was difficult in Palo Alto, Memento  says he was able to find validation in himself, inspiring him to forge his own life path.

'It's his personality to not go with the system - it's build into him.' Paly junior Nandini Relan

After quitting a sales job earlier this year at a technology start-up in Palo Alto, Memento began releasing his music. His music is an eclectic mix of genres, including rock, classical, rap and hip-hop. This combination of music creates an original sound, one that’s as memorable as the name “Memento” itself, which reflects how his music captures the little moments of life.

A Childhood with Music

Memento discovered his love for music at the age of 13 when his mother bought him his first CD player. He remembers listening to the same three bands — Linkin Park, Green Day and Maroon Five — on repeat. His love for music eventually compelled him to start producing his own.

“My life was just about listening to music back then,” Memento says. “Then within a few years I started playing guitar.  There wasn’t ever a moment when I was inspired to play music, it was all a natural progression.”

Memento faced challenges in developing his art and passion for music within an academic, technology-centered community. The Palo Alto school system is known for its competitive atmosphere and its concentration in academics over the arts. Memento admits that this made it difficult for him to find a place where he belonged.

“I didn’t have the best time in Paly; I never felt like I fit in,” Memento says. “I didn’t really care about my grades — I always knew that there was more to life than just getting good grades and going to college.” 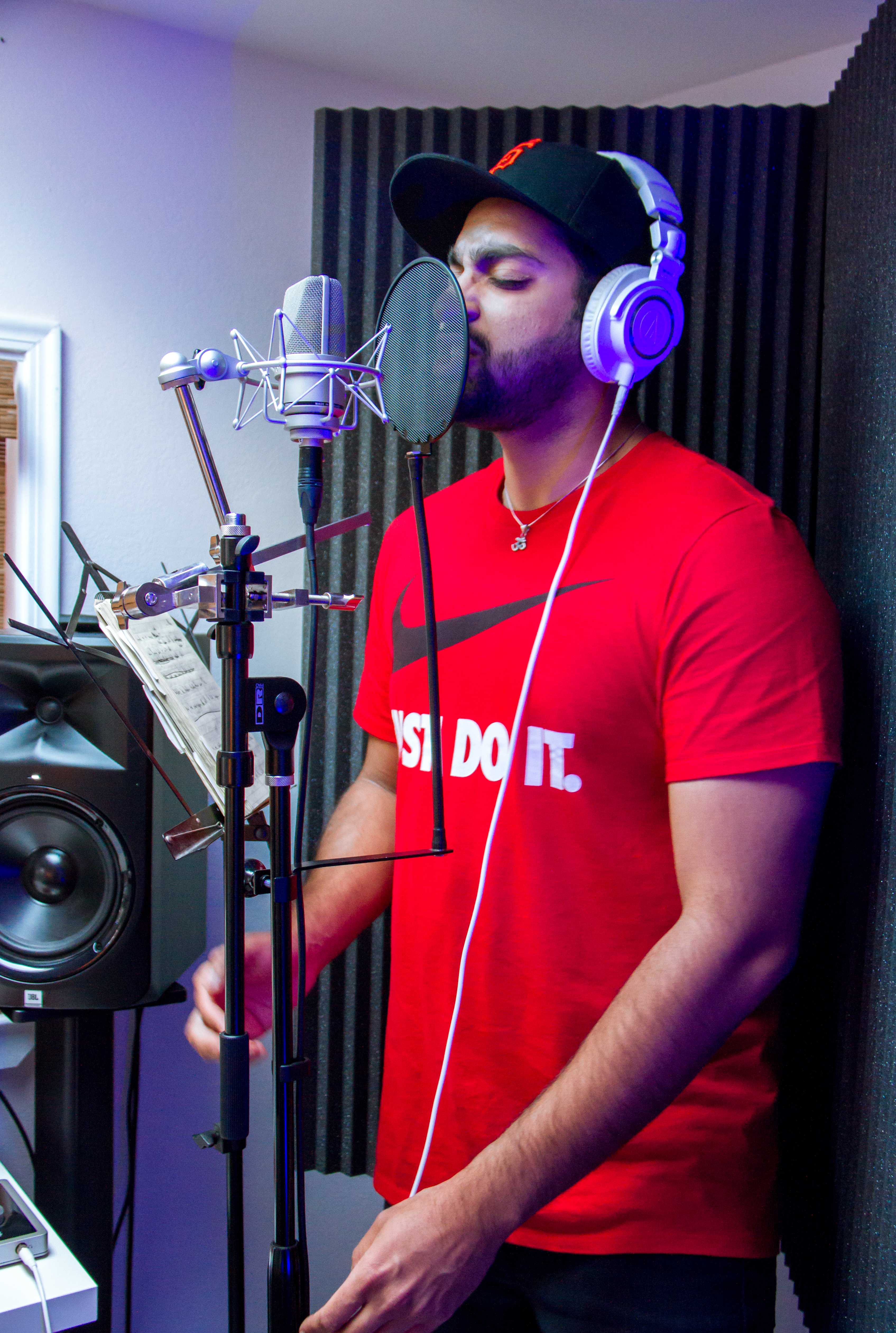 Eventually, Parth attended UC Riverside, where he majored in business and minored in music. He feels that he developed as a musician during college, but his experience in the classroom taught him that he doesn’t thrive in the traditional education system.

“It wasn’t the greatest time, but it was important,” Memento says. “It helped me find myself. As I went through life, I realized that I’m not really about the school-college system, or the 9-to-5 system.”

Aftrer a few months, Memento found the courage to quit his post-college sales job in Palo Alto and begin to pursue his lifelong passion. Although his change in career was abrupt, his family knew he had to devote his life to what he loved. Some thought this transition was a long time coming.

“It [Memento’s pursuit of music] is refreshing, but also expected, because I know him,” says Nandini Relan, Memento’s sister and a junior at Paly. “It’s his personality to not go with the system — it’s built into him.”

Though he isn’t fond of his upbringing in  Palo Alto, Memento acknowledges that being in his hometown has been crucial for him to pursue his musical career. He says that only here can he build up a fanbase while still receiving the financial support he needs to focus solely on his music.

“It’s been a little bit lonely,” Memento says. “I don’t have too many people who I can relate to because most of my friends moved away, and I’m the only person who pursued an alternate career path.”

Memento released his song “The Price I Pay,” in May,; it explores his transition from his 9-to-5 job to producing music by himself. He says it’s one of his favorite songs because of its songwriting, flow and honesty. The music video shows him walking around social hot-spots in Palo Alto to paint an image of his life when he produces his music.

'I think my music has the ability to bring people together.' Memento

“To clear my head, I had to get out of my studio and drive around,” Memento says. “I’d always go to University Avenue to feel like I was a part of society and see people walking around and talking. So I wanted that video to be a window into my life.”

As of now, Memento’s big plan is to build up his fan base by releasing one single at a time, performing in shows across the Bay Area, and promoting his music through social media. Once he has a solid fanbase, he wants to release an album. However, he’s faced difficulty in building a large fanbase, mostly due to the style of his music.

“My music isn’t that easily digestible; it takes a few listens and patience to get through it,” Memento says. “Because of that it’s been hard to find people who want to give it that attention.”

Still, Memento continues to work hard in pursuing his dream. This past year his attitude toward his music has shifted from when he first began creating and releasing it. Though he’s chosen an untraditional path, he has felt thevarious benefits of this choice.

“I felt most vulnerable when I was releasing my first song, because it was basically my life story, and I didn’t know how  other people would react to it,” Memento says. “But it ended up being my most popular song, so after that, I stopped caring [about other people’s opinions]. I think my music has helped me to develop personally — I’m a lot more comfortable being myself.”