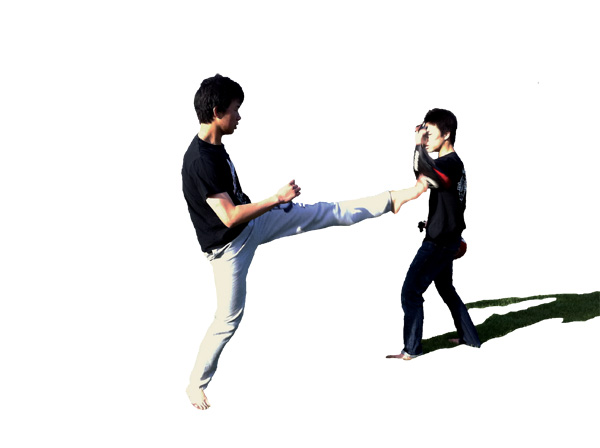 At Peers Park on a Friday afternoon, onlookers stare while a pair of Palo Alto High School students shuffle across the grass.

“Remember, don’t let anyone know that you know taekwondo,” a stranger comments while passing by with his preoccupied toddler grandson.

“Now why would they think that,” the man sarcastically remarks.

Though most martial arts originate in Asian countries and have been popularized primarily by Asian athletes and actors, not all our local athletes participate for cultural reasons. Although Palo Alto High School excels in popular sports such as football and volleyball, numerous martial artists are hidden within the student body.

“Our practices are very informal,” Lin says. “There is no bowing or commands in other languages.”
The casual environment and coaching format, like that of any other sport, varies among different clubs.

“I have tried many different types of taekwondo,” Lin says. “I don’t practice traditional taekwondo, so I don’t focus much on spirituality.”

Taekwondo is a Korean form of martial arts and the only martial art competition in the Olympics. The speed-based sport is judged electronically, using a circuit board to award points on the scoreboard which judges would normally miss.

Lin says that he plays to win.

“It is all about winning competitions,” Lin says. “When you fight someone that is experienced, it is not a matter of strength, but all about having a good strategy.”

Traditionally in taekwondo there are exams that represent the students’ growth in the sport.

Lin agrees that taekwondo takes a lot of time and work.

“It takes a certain aspect of stupidity and courage to do taekwondo,” Lin says. 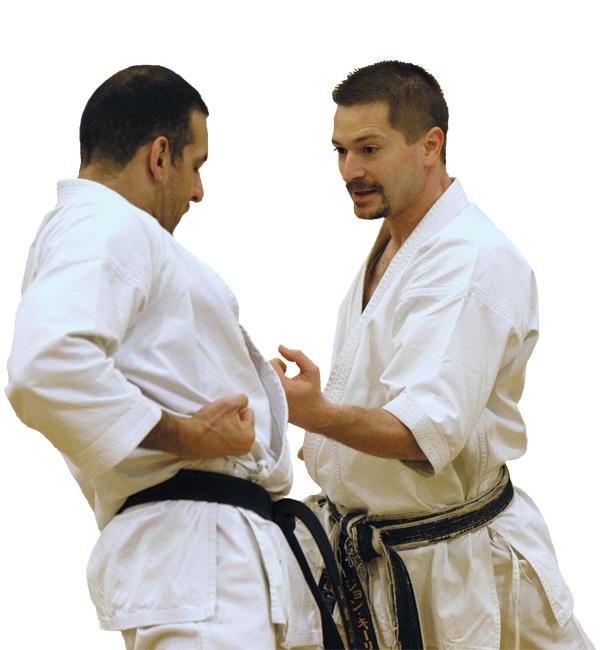 COMPETING: Karate instructor Jon Keeling competes in a national level competition in San Francisco in 2004. He moved to Japan in 1985 and spent eight years there to further his study of karate and Japanese.

Karate is a Japanese form of martial art that that involve preararnged movements called kata to prepare for self defense. Jon Keeling teaches karate with Silicon Valley Shotokan Karate. With locations at Cubberely Community Center and the Palo Alto Buddhist Dojo, Keeling is trying to branch out to local teen students.

After being bullied in his youth, knowing how to defend himself gave him a new sense of self-confidence.

“Karate has given me control over myself,” Keeling says. “By focusing more on defensive maneuvers but done with determination, we gain confidence that we can avert bad situations and, if needed, end conflict quickly.”

Keeling reflects on the benefits of learning karate when he was a teenager. He believes that the mental meditation and focus from karate can greatly benefit students. Keeling recognizes that students have many extracurricular activities and are under pressure to do well in school and says karate can be a great outlet.

“Karate can offer not only self-defense skills and great exercise, but can also help immensely with improving focus and awareness,” Keeling says. “It can be great for reducing stress.”

Junior Harrison Greenwood has been practicing karate since he was five years old. Unfortunately, due to overwhelming work from junior year and a surgery at the end of the summer, he has been unable to practice. Still, he is grateful for its impact on his life.

“Since I’ve left, I’ve felt moments where I wish I was in the studio. When angry, I can punch the hell out of everything,” Greenwood says. “If I felt inadequate, karate would boost my self-esteem.”

Junior Jafar Alkenany practices kempo, a martial arts form that has been practiced by many different Asian countries.

“Kempo means law of the first,” Alkenany says. “[It] is a combination of a lot of different types of martial arts.”

“Rather than it being strictly for fun, it is about trying to better yourself in a physical and mental way,” Alkenanay says.

Alkenany’s inspiration for starting martial arts began in his childhood.

“When I was a little kid at about five years old I saw a lot of Jackie Chan movies and though that it was really cool and I wanted to be able to do the same things,” Alkenany says.

In addition to practicing, Alkenany teaches Kempo at United Studios of Self Defense in Menlo Park. Similar to Keeling, Alkenany has found self-reflection to be one of the major benefits of Kempo.

“It has definitely taught me the physical boundaries I can take and the limits of myself, “Alkenany says. “But it is also very meditative and stress relieving.”