As a working mom, it can be hard to balance both a job and taking care of kids. Marissa Mayer, former chief executive officer of Yahoo!, is proposing a partial solution that would help Silicon Valley women bridge the gap between their business and family lives.

Inspired by the creative and communicative environment of Google and Yahoo’s campuses, Mayer plans to create a club for working women and their families using the Corner House, a former mortuary and property at 980 Middlefield Road she has owned for five years.

Alongside her artificial intelligence based technology start-up, Lumi Labs, this project is Mayer’s next step after resigning as CEO of Yahoo!.

According to her statements and City Hall application, the club would be home to classrooms for dance, music and cooking classes as welll as a drop-in play space for children, a cafeteria, an outdoor patio and a collaboration space that would look like a large coffee shop.

“I found myself really wanting a place that integrated classes for kids with a good space for parents to be productive and comfortable,” Mayer told Verde in a mid-November email interview. “My hope is that the club really brings families together.”

“My hope is that the club really brings families together.”

If the project goes through, a membership is forecasted to cost $200 to $300 a month, which Mayer says is similar to the Jewish Community Center or the YMCA. Mayer is preparing for 250 small events and 150 large ones annually. She predicts there would be a peak of 100 to 150 people on an average day.

The process is already underway for getting approval from the City Council, as Mayer completed prescreening and is working on the full application. If the application is approved,  she says she plans to remodel the current facility.

“We think this [the remodel] can be done in about 10 months and would be faster and less taxing on the neighborhood than a full rebuild,” Mayer states.

However, residents living near where the proposed club site have shared concerns about disruptive noise, heavier traffic, exclusiveness and disregard to those who had grieved for loved ones there.

“It just overwhelms a residential neighborhood,” says Peter Steinhart, who lives about 150 feet from the project. “Several of my neighbors were alarmed about it to begin with. Nobody knew what it was.”

According to Mayer’s application, the club would have up to 400 events per year of varying size with as many as 400 people.

“Those numbers are completely out of character with the neighborhood,” says Steinhart, who emphasizes the difficulty of finding parking on such a busy street.

The funeral home is situated across the street from Addison Elementary School, so community members are concerned about increased traffic, especially during times when parents drop off or pick up students.

“We are currently doing a study to learn more about traffic and parking in the neighborhood so we can plan volumes to minimize impacts,” Mayer states in response to these complaints. “We are lucky that we have a large parking lot (55 spaces) which will hopefully reduce congestion.”

The level of noise from Mayer’s Halloween parties at the property has also frustrated neighbors living in the nearby apartment complex.

One neighbor says, in reference to one of Mayer’s Halloween parties, “I’ve only heard one funeral in 20 years … I heard her voice in my house louder than my TV.”

Some opponents of Mayer’s planned club support using the property for multi-family housing instead.

“I think the most serious issue facing this town is the loss of [economic] diversity,” Steinhart says. “People who work here can’t afford to live here … We are less and less a community when we lack that diversity.” Building new residential housing would be difficult as Mayer owns the property.

Despite the complaints, not all nearby residents are opposed to the project. Many neighbors were indifferent to the idea, while others supported it. 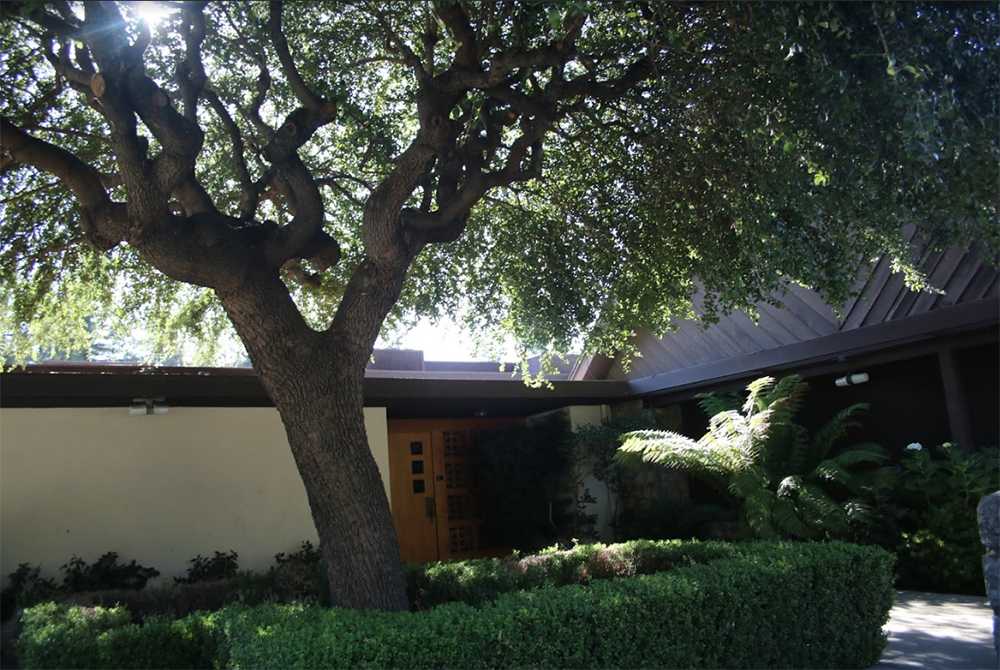 The Corner House is a former mortuary.

Mayer’s idea has also encountered legal obstacles. The funeral home is a Planned Community Zone, which only permits certain uses of the property, according to Title 18.80 of the Palo Alto Municipal Code. To change it, she needs to have a public hearing and approval from the City Planning Commission.

Mayer met with City Council and received both support and concerns from the council members.

“There are definitely advantages and disadvantages to this project,” says council member Greg Tanaka.

Mayer states that “The project will hopefully be back before City Council for approval in 2019.”

She completed the prescreen on Oct. 1 and is working on the full application with the Palo Alto Planning Department.

Despite the controversy, Mayer’s plans open up ideas for how to provide more support for women and families in Silicon Valley. If all goes as planned, she predicts the club will open in 2020.

“It will be great for the community,” Ayala says confidently. “She [Mayer] loves this community.”