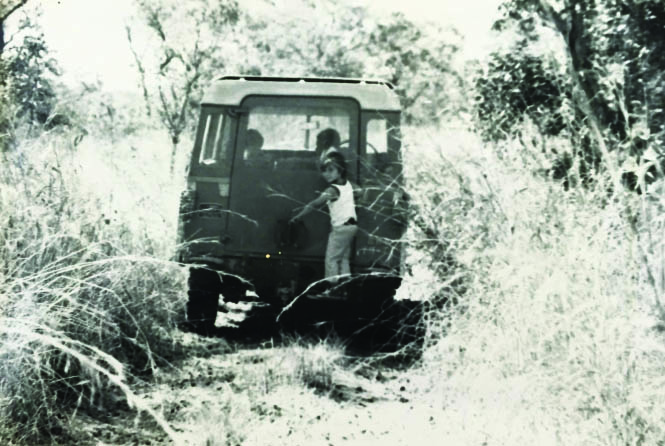 MANGOS AND TREEHOUSES: A teacher reflects on his childhood in Benin

Surrounded by the smell of juicy mangoes hanging from nearby trees and the magnificent view from the top of a makeshift treehouse, 2-year-old Adam Yonkers spent his early childhood in Benin, formerly known as Dahomey, a country in West Africa.

Since then, Yonkers has come a long way to the Bay Area to become a history teacher at Palo Alto High School.

In his classroom, presidential portraits printed in black and white line the walls. Below, a colorful whirl of world maps intermingles with tattered Time Magazine covers. At the front of the room, Yonkers encourages his students to discuss international issues, causing them to think about a world outside their own.

Yonkers says living in Benin was the first step to the global perspectives and values he shares with his students every day. Without his childhood experience in Africa, Yonkers questions whether he would have taken the path to become teacher. 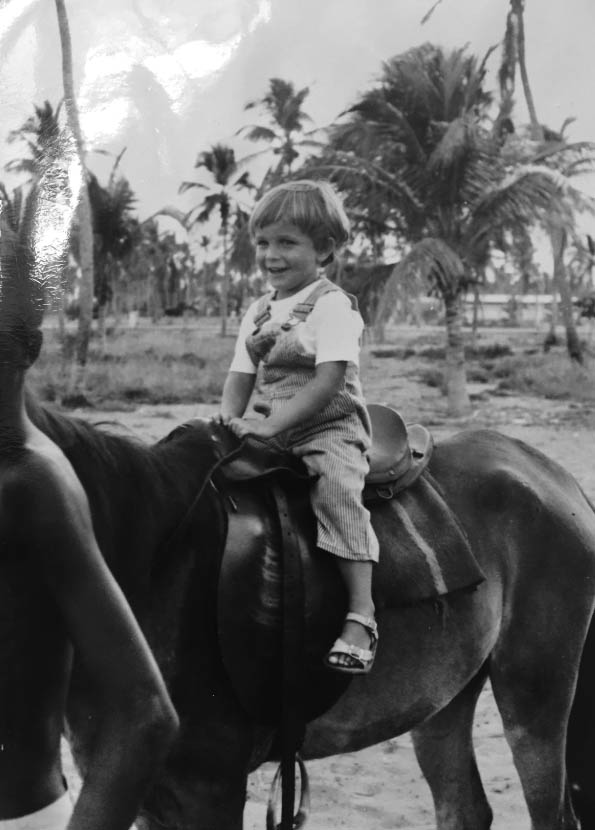 CHRISTMAS EVE Sitting on top of a horse, Adam Yonkers grins. He recalls the Christmas Eve when a pride of lions came though the camp his family was staying in. “I slept though it,” Yonkers says. “But my mom and dad were petrified. My dad was clutching a Swiss Army knife — like that would have done anything. They [the lions] just went through and roared, but didn’t do anything. And the night watchman was found inside the wooden bathroom, hiding.” Photo by Ann Harvey and Charlie Yonkers.

When Yonkers was born in 1971, the world was falling apart. Across America, race riots broke out, protests against the Vietnam War continued to rise and prominent figures, including the Rev. Martin Luther King, Jr., had been assassinated.

His parents decided to apply for the Peace Corps, and soon travelled across the world to Benin. Although he was only 18 months old when he and his family relocated, Yonkers says his time there heavily contributed to his fascination with the world around him.

“It changed me profoundly,” Yonkers says. “My interest in the world was magnified, and I became much more open to … different cultures and beliefs, to understand where people were coming from and to be more trusting of outside influences.”

Similarly, he hopes that his students can find a way to understand different events that have shaped international relations. For example, students study how the United States interfered with the Chilean government and how the U.S. engages in free and fair trade policies.

“Two pieces of advice,” Yonkers says. “First of all, realize you’re going to see the world always through your own lens.”

He encourages students to recognize that most of the world lives on less than $10 a day, which seems a stark contrast to Palo Alto.

“The other thing is if you are able to, definitely take a year abroad, because I think it really changes you in a lot of ways,” Yonkers says.

He recommends studying abroad and staying with a host family, or participating in programs offered by the Peace Corps.

“If you get to know people on behalf of the U.S. government, they’ll get to know you and that will change their perspective,” Yonkers says. “So it’s a two-way street.” 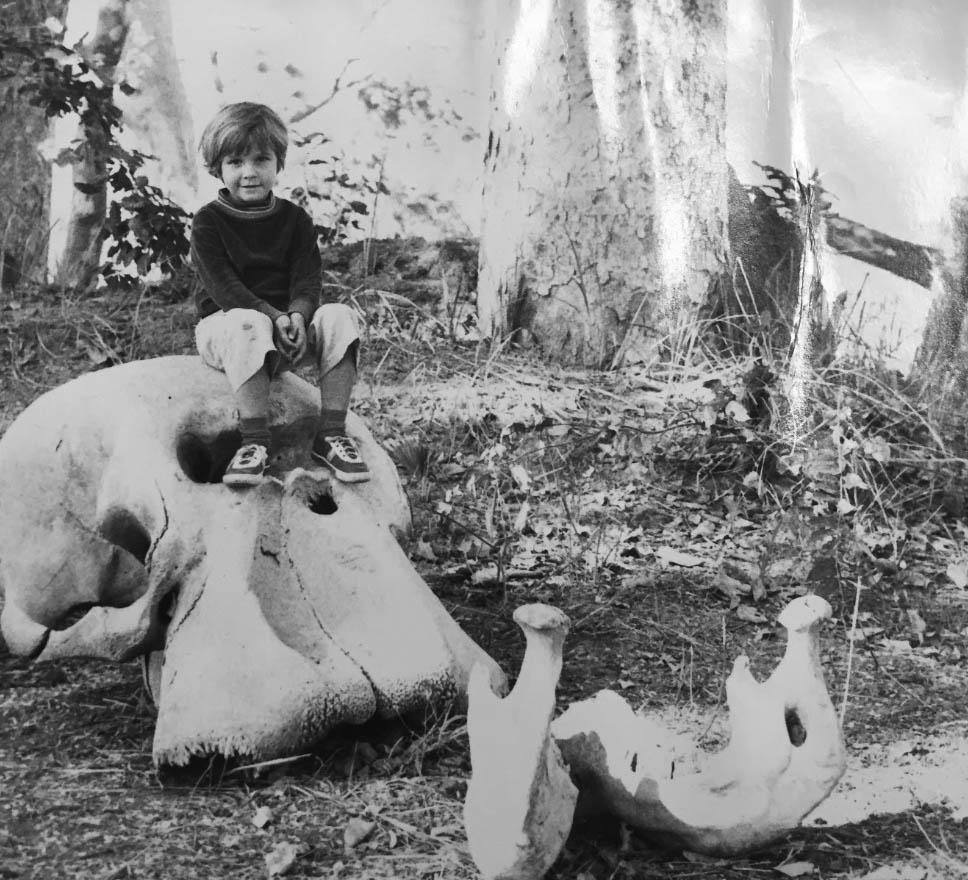 SKULL Adam Yonkers perches atop an elephant skull in Benin. As many children are, Yonkers was fascinated with planes and enjoyed watching them fly overhead. “There was a jet that came everyday at the same time,” Yonkers says. “I would sit in my treehouse, waiting for this jet to come down.” Photo by Ann Harvey and Charlie Yonkers.

“I would love to go back,” Yonkers says with a bright smile. “It would be a dream to go back with them [my parents] and have them show me where we lived, the farmers market and my school.”

Someday Yonkers hopes to volunteer for the Peace Corps, just as his parents did many years ago.

“I really find the world really interesting and so I’m constantly trying to uncover the truth,” Yonkers says. “I want to give my own kids an international experience. I think it does change you.”