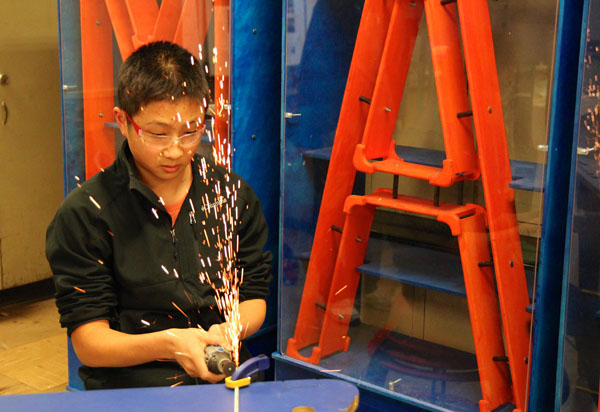 X marks the spot on a treasure map. X is the variable, and the question. X is mystery, and to the teens from the organization, Make X, X is the swords, maglev trains,  and wooden racecars built in their makerspacer.

Make X, a nonprofit organization sponsored by the City of Palo Alto, lies tucked away among the many barren rooms at Cubberley Community Center and, for the most part, escapes the notice of many Palo Altan teens. Make X is a makerspace founded by teenage building enthusiasts early this February for the community to use the variety of tools and equipment the organization has available for it’s own projects.

Palo Alto High School alumna Karen Kienzle is the founder of this makerspace.

“My goal is to help spread the love of making and building,” Kienzle says. “That is something I really enjoy. A lot of people in Palo Alto may have similar wishes but not a space for it, so here we can provide a home for people to design and make things.” 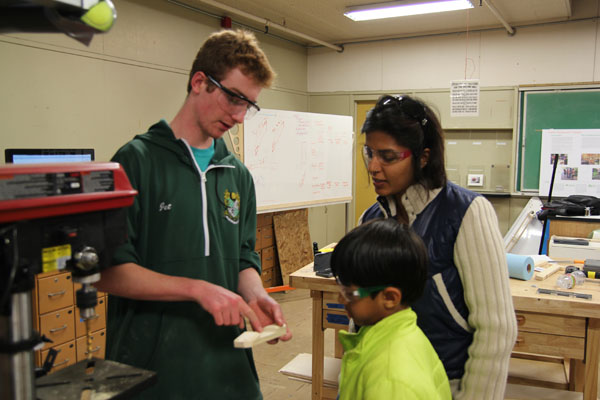 The idea for Make X was inspired by the teens who wanted more space and equipment to express their passion in creating hands-on projects.

“We heard again and again that local teens wanted a ‘third place’, [not home or school] where they could be creative and have their voices heard,” Kienzle says.

To start the project, Kienzle organized a group of students interested in building and design to launch Make X.

“This project was created by and for teens, with adults working as facilitators,” Kienzle says. “We had a group of around 20 teens—we called them designers at their request, who designed the furniture, selected the equipment, and now staff the space.”

With only a small group of students, the Make X staff applied for a grant to bring their vision to reality. According to Kienzle, their first application for an IMLS Learning Labs grant  was rejected, but they revised the application and were able to receive a $67,500 grant from the California State Library Association. Kienzle hopes that after the launch of Make X, the City of Palo Alto will be able to fully support them financially.

After they received the grant, the group of teen founders set out to design and furnish the makerspace.

“We designed everything from the ball chairs and tables, to the rotating tool rack, and the ‘Make Shelves,’” says Gunn High School senior Jeffrey Wang, a Make X employee. 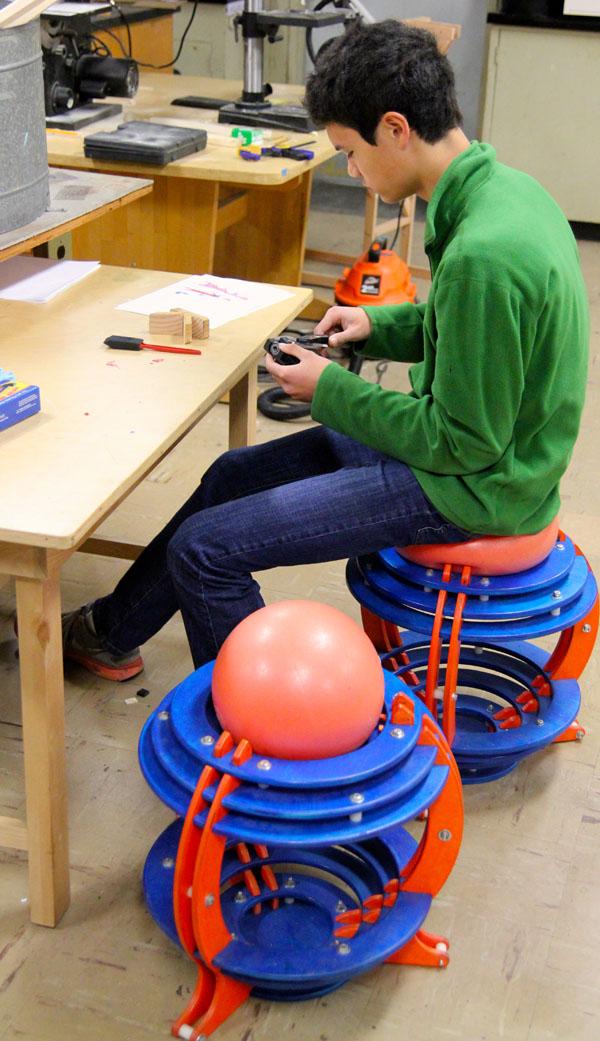 Nathan Kau works upon a chair designed by the Make X design team.

A partner organization manufactured the furniture and brought it to the Make X opening at the Palo Alto Art Center. The program has since relocated to the Cubberley Community Center in room F-7.

“Our original plan was for Make X to rotate around the city centers every couple months,” says  Paly sophomore James Wang. “However, we felt that we needed to establish ourselves before becoming mobile, and currently, our room at Cubberley is perfect.”

Although Make X remains unknown to the majority of teens, the number of visitors who stop by to use the materials offered at Make X is rapidly growing.

“We have anywhere from five to 10 users each Sunday,” Mahadevan says. “Around half of them are usually teens and the rest are elementary school kids and their parents. Currently we are trying to get more people involved in our project [Make X].”

The people who do participate at Make X have found themselves a precious resource in tools of all different needs. Currently Make X has a sewing machine, a drill press, a laser cutter, and much more. They are also expecting a 3D printer soon, according to Mahadevan.

Pedro Alvarez, a freshman at Menlo Atherton High School, learned how to use these tools and developed a prototype at his first visit to Make X. Although Alvarez knew nothing about Make X beforehand, he expressed an interest in returning to Make X on his own time.

“I like that you can come here and make a variety of things for free because there is no other space that you can do that,” Alvarez says.

According to James, this is the mission of the employees at Make X.

“We aim to cater to the maker movement,”  James says. “For those unfamiliar with the term, there has been an increasing amount of people who wish to make their own doodads instead of buying them from others. We aim to help these people do so.”

After launching and being fully in the operational phase, Mahadevan hopes Make X will become a sustainable project with increasing popularity and a greater community presence.

“We named our project Make X, as we believed the X symbolized the endless possibilities of creations that we hope to foster the development of,” Kau says. With this student run organization equipped with a variety of tools and growing potential, Make X truly is a place where the possibilities are limitless. 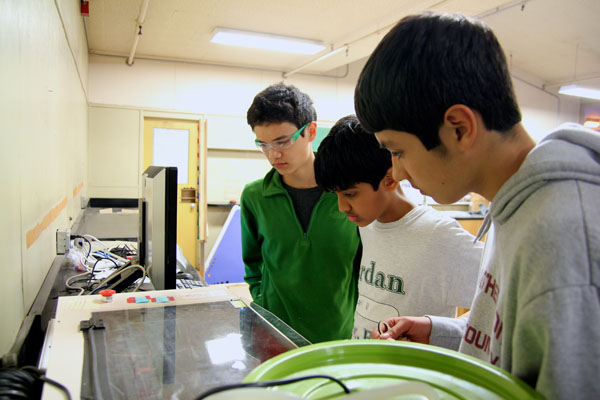 Nathan Kau and Alvarez observe the laser cutter at work.