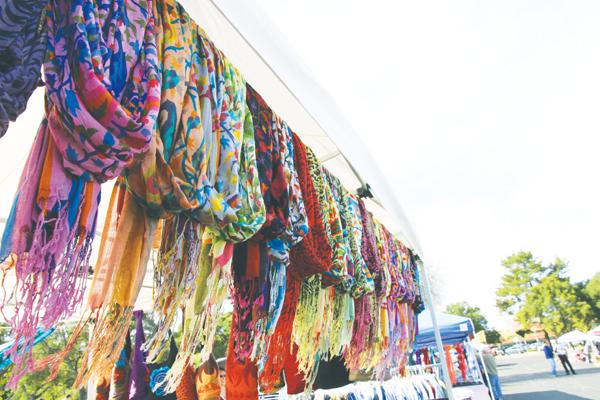 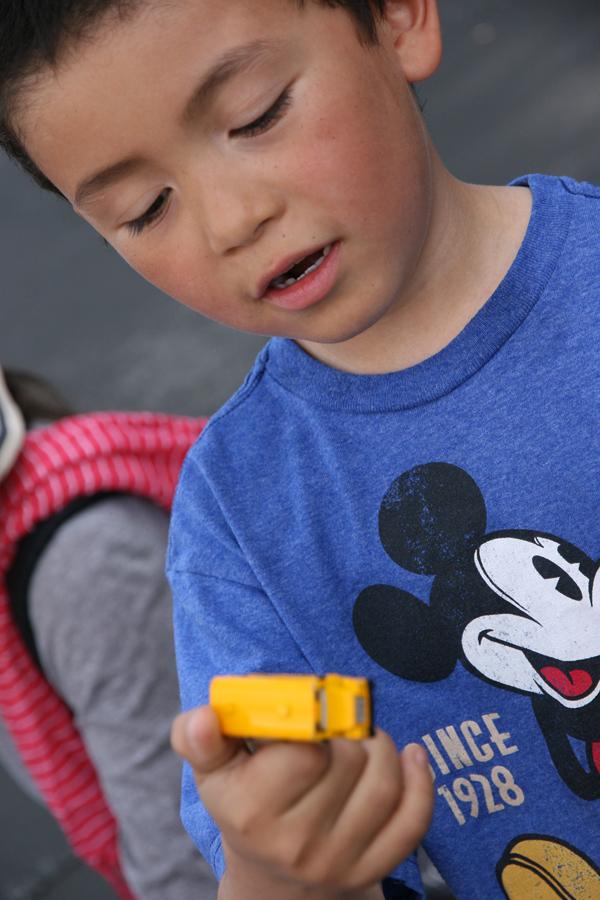 Jon Frias, who attends Barron Park Elementary School, plays with a toy truck from the market.

The sun beats down on two long rows of tents, reflecting off of brass belt buckles and handmade jewelry. Colorful tapestries at one stall flutter lazily in the light breeze, while small spherical terrariums sway back and forth on strings at another booth farther down the line. Customers bargain with vendors, and children excitedly sift through merchandise laid out on the cement.

The relative quiet is shattered as a tall man wearing a floppy white hat and dark sunglasses strides down one of the rows, brandishing two paintings and shouting, “One dollar! One dollar each! Anybody love me?”
This is just a normal day at Palo Alto High School’s Flea Market, which takes place from 8:30 a.m. to 3 p.m. one Saturday every month. Anything from old sheriff’s badges to painted skulls can be found in the parking lot in front of the Tower Building.
Founded in 1989 as a fundraiser for the Paly band, the flea market has grown into a ti

me-honored tradition, serving not only as a source of revenue, but as a gathering place for a diverse slice of the Palo Alto community. 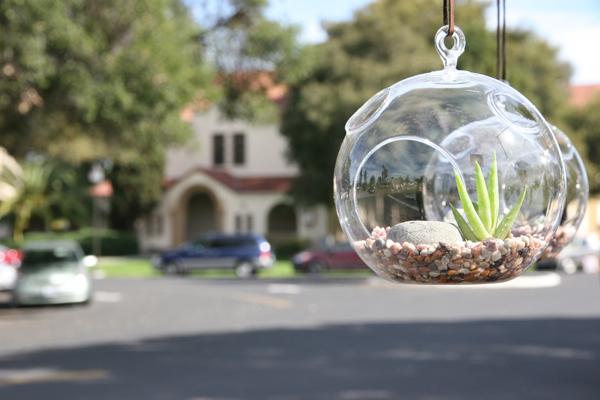 A glass terrarium dangles in the parking lot in front of the Tower Building. 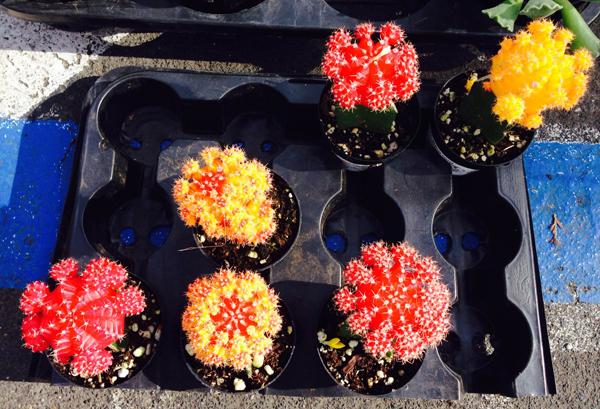 Phyllis Smith and Cathy Brown, two Paly parents, were faced with the task of organizing a fundraiser for the band 25 years ago. According to Smith, who still coordinates the event, the original plan was to do a marathon, but the idea came up to run a flea market during the race. At first an afterthought, the market proved to be a quick success.
“People are always looking for a bargain, that’s a fact of life,” Smith says. “People came when they heard that there was going to be a flea market here.”
To gather funds, the band sells spots to vendors ahead of time and runs a barbecue the day of the market. According to current band director Jeff Willner, the barbecue is an efficient way to help the vendors as well as the school. Besides bringing in money, it assures that the vendors do not have to leave their stalls to get food, and thus miss potential customers. 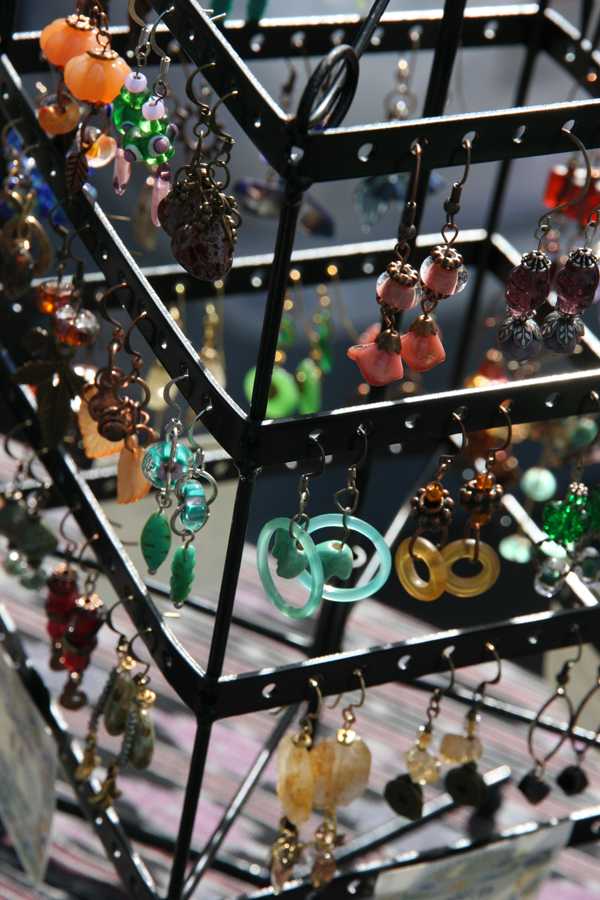 Handmade jewelry hangs on a stand at a stall in the middle aisle of the market. 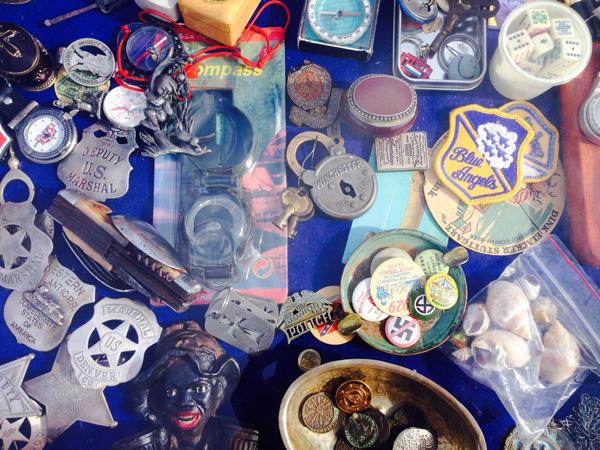 In addition to the vital funds that the event is able to provide for the band, Willner attests to the unique experience that the market provides.
“A lot of the flea markets you go to now, it’s a lot of people selling new garbage,” Willner says. “For us, it’s a real live flea market, It’s people selling stuff from out of their garage… So it’s a little more diverse and eclectic than a lot of them that you go to now.”
The flea market’s uncommon environment, as well as being a product of the wide variety of merchandise available, results from its small and manageable size.
“We haven’t outgrown our capability of being able to control it,” Smith says. “There’s a couple of incidences in the past where we have not invited people back, but because we’re small, we’ve really been able to keep a handle on that type of thing.”
As the years have gone by, the band has become increasingly adept at running the event. According to Willner, the process is so efficient that he has little role other than organizing volunteers at the beginning of the year.
“All I do is, I make sure that people can get in, because we really try to make it so that the parent volunteers and [Smith] are able to do their thing,” Willner says. “Right now, it’s been going for so long, that it’s almost like it’s this continuum. … It’s a pretty well-oiled machine at this point.” 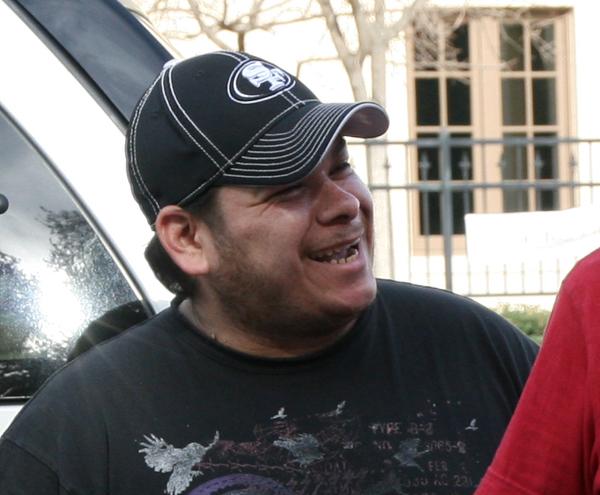 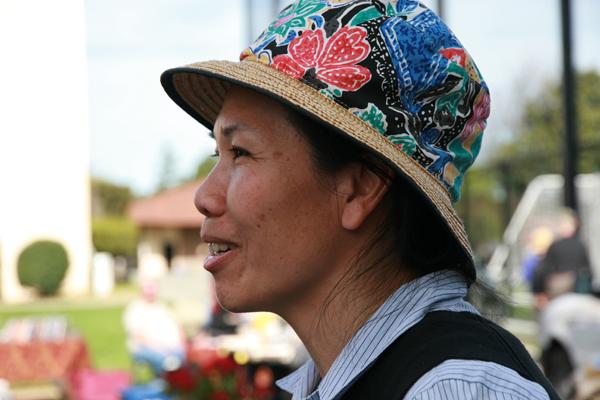 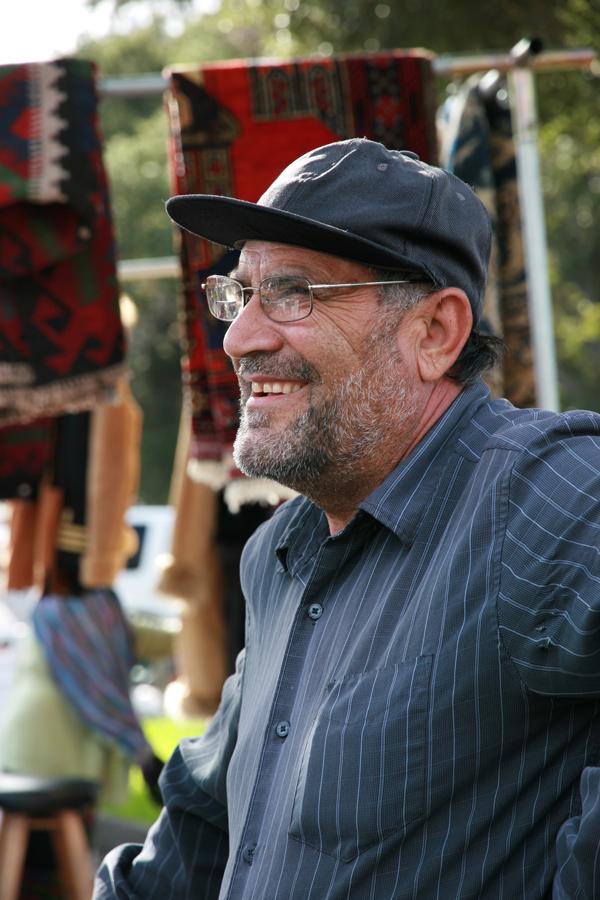