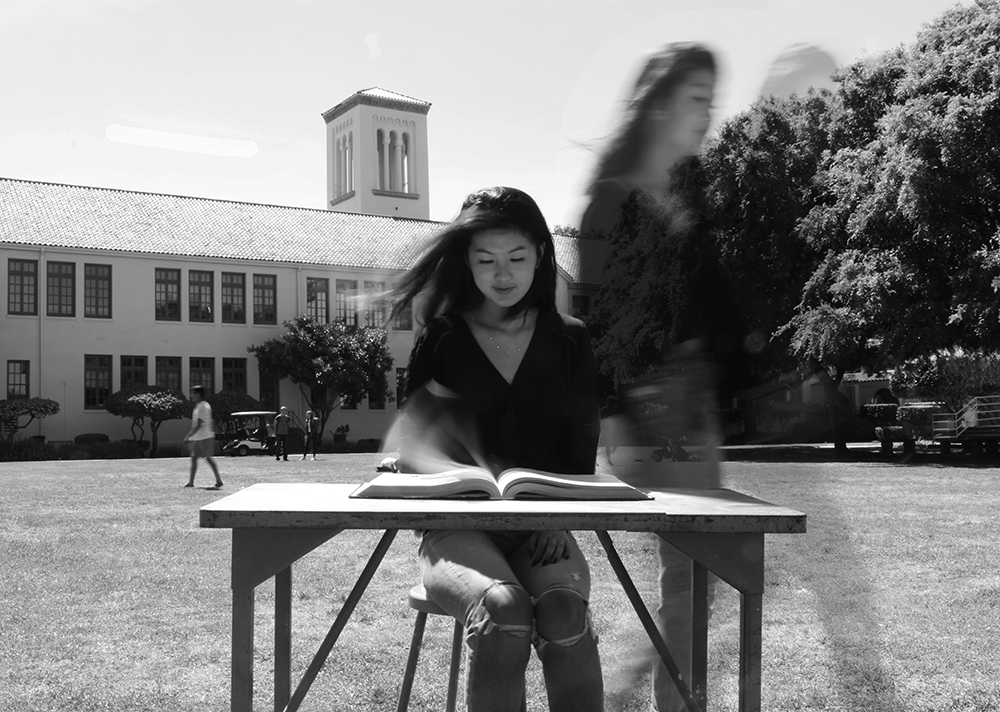 Looking Forward, Looking Back: Impacts of Paly on life after high school

On May 31, mere hours after Charlotte Brownell and the Class of 2018 toss their caps, walk the stage, and graduate, the Brownell family’s tenure in Palo Alto will end after five years — just long enough to witness both their daughters receive their Palo Alto High School diplomas after moving here in 2013, specifically for the schools.

State-of-the-art facilities, award- winning programs and a driven student population to match, how much do students really get out of a Paly education? Just as the interpretation of terms such as “value,” “success” and what a “good education” encompasses vary from person to person,  impressions of Paly’s legacy vary from student to student, parent to parent and family to family.

Paly’s value lies in the diversity of resources provided for student exploration in the eyes of many. Pallavi Homan, the mother of Paly senior Maya Homan and freshman Vijay Homan, says her children have undoubtedly benefited from the unique classes Paly offers. In particular, she accredits Maya’s participation in Paly’s award-winning journalism program for fostering creativity in her daughter and teaching invaluable critical thinking skills.

“I think teaching kids how to be critical thinkers, not just like rote memorization,” Homan says. “I think [it’s] being able to inspire not only creativity but passion, which I definitely see in Maya. I think her being part of Campy [The Campanile] has been a huge gift for her.”

Beyond journalism, Homan recognizes that the school offers a variety of classes to help students foster their interest and pursue their passions, such as psychology classes and Advanced Authentic Research.

“I think [it’s] being able to inspire not only creativity but passion.”

“Paly is the kind of place where there is a place for everybody,” Homan says.

Beyond the unique resources Paly provides, alums feel that the abundance of high-profile intersnship and job oppurtinities in the Bay Area have shaped their education.

Located in the heart of Silicon Valley, Palo Alto is home to countless tech startups, huge companies and Stanford University, one of the top universities in the world. Collectively, these resources create an environment full of opportunities for Paly students.

Susie Glathe Christensen, Class of 1974 and now special education advocate, understands the significance opportunities played in making up what she believed to be the good education she received at Paly.

“Access to opportunity is huge because unless you know something’s there, how are you going to know that it’s there to even access?” Christensen says regarding her take on a good education. “That’s why resources are huge. They really are. It’s not everything, but it’s a big part.”

Looking beyond concrete curriculum and academic resources provided by the school district, Paly student’s experience is defined by their peers and the culture they perpetuate.

For some, the competitive atmosphere of Paly is advantageous — compared to the high school Brownell would have attended in Delaware, she commends the driven Paly students.

“A lot of kids are pushed hard here because there’s a highly competitive culture, which is a double-edged sword,” Brownell says. “You could argue that it hurts the education, but I think it helps, because the competitive aspect challenges students to actually learn the content instead of just showing up at school and then leaving and not doing anything because you don’t care.”

Similarly, Camila Vasquez, former Paly student says that the stressful environment at Paly forced her to develop skills that have helped her in college.

“A Paly education is different in that the skills that you learn, like the study skills, prepare you better than anything you could possibly imagine,” Vásquez says. “And I think that that’s really different, because I know there are people in my life who did not go to Paly who struggle with academics in a way that I don’t think any Palo Alto students really do.”

While pressure can push students to achieve their potential and teach valuable skills, some feel it also perpetuates a culture of stress and unhealthy competition at Paly.

“You get the benefits of being incredibly driven with the side effects of not being okay with mistakes,” Vasquéz says, in regards to how Paly’s culture can be detrimental to students’ confidence.

As leaders in the classroom, teachers possess the power to mold students’ educational experiences. Brownell, who has been involved in art all four years at Paly appreciates the abundance of qualified teachers provided to her in all her classes, particularly in the art department.

“The art program is unique because of the glassblowing studio … [and] many of the teachers are actually artists, so that’s much different from other art programs,” Brownell says.

According to a report from The Century Foundation and the Poverty & Race Research Action Council, “Racially diverse schools are associated with higher student achievement than high-minority schools… [and] promote cross-cultural relationships that have long-term benefits such as greater social capital, employment opportunities, and comfort in multi-racial settings.

Brownell agrees that diversity is particularly important in her definition of a ‘good education.’

“I think academic diversity is definitely really important, diversity of opinions is also important, to have multiple with different viewpoints, because that’s how you learn, especially in humanities courses,” Brownell says.

While impressive rankings, expensive buildings and impressions of an international community all bring people to Palo Alto schools, evey student and parent leaves impacted in different ways. Even as the Class of 2018 graduates and begins to prepare for life after Paly, the lessons and experiences granted to them by their Palo Alto education will follow every student far after they leave the quad and tower building behind them.