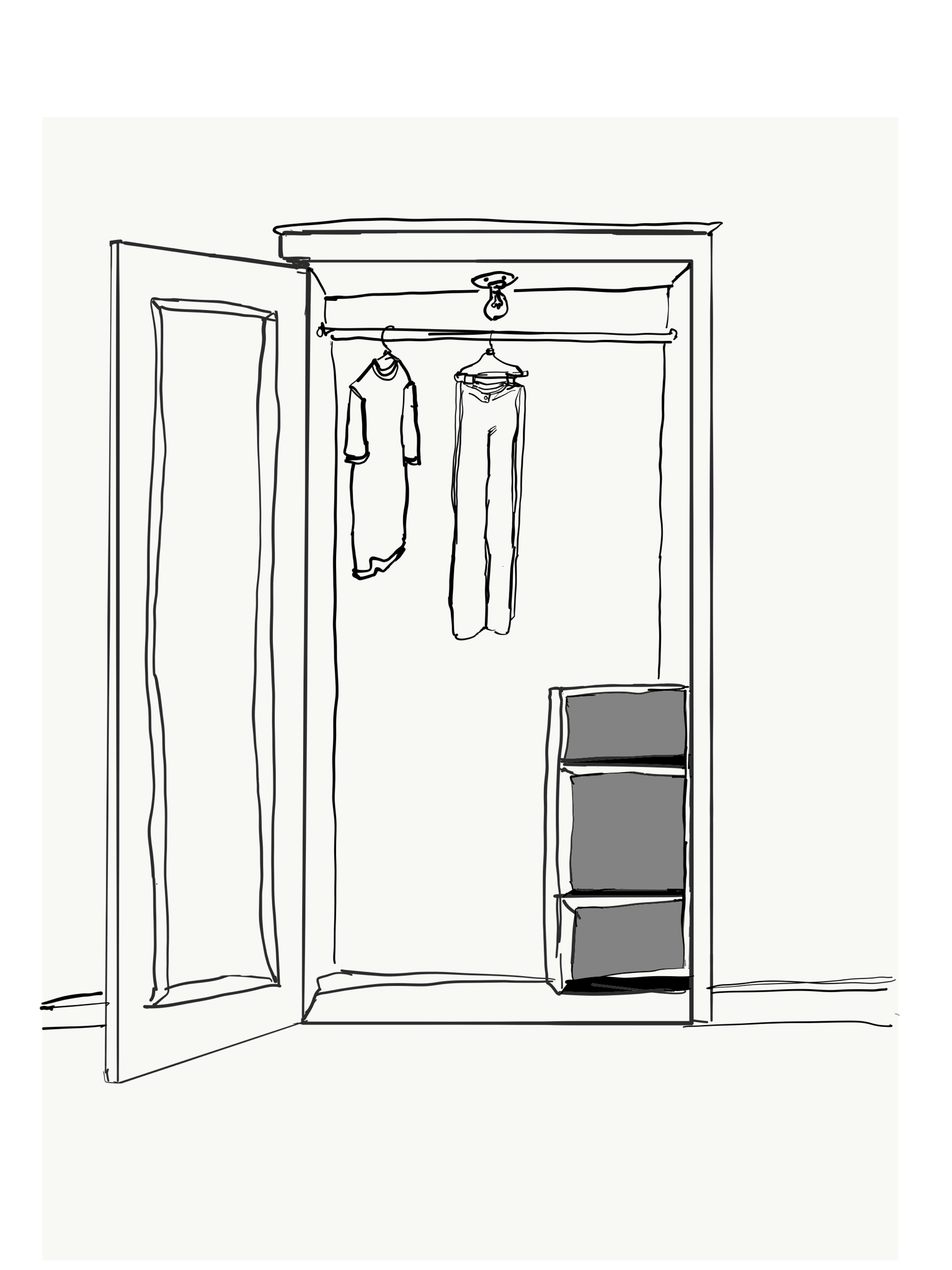 From her cream-colored jacket to her gray shirt and black headscarf, junior Noor Navaid’s outfit lacks bright colors yet manages to be every shade of fashion-forward. Navaid practices minimalism, a lifestyle which, simply put, involves living with less.

Although Palo Alto was ranked the second richest small city in America by real estate brokerage Movoto, not everybody exercises the buying power they may have. In fact, as the spring cleaning season begins and garage sales start popping up around town, it is evident that people are trying to get rid of things they don’t need.

Navaid was inspired to adapt this minimalist lifestyle after watching a Buzzfeed video chronicling the experience of minimalism. She chooses to implement the lifestyle from her closet by eliminating flashy colors and old clothes.

“It is humbling for me, personally, to wear less attention-grabbing clothes,” Navaid says. “I really like that minimalism incorporates this aspect of neatness and cleanliness in your life by eliminating lots of clutter.”

“It is humbling for me, personally, to wear less attention-grabbing clothes. I really like that minimalism incorporates this aspect of neatness and cleanliness in your life by eliminating lots of clutter.”

Another student minimalist is junior Lucy Volino. Like Navaid, Volino strives to declutter her life through minimalism.

“Once you start getting rid of stuff you don’t need, you have space for the things that really matter,” Volino says. “It isn’t often I look back or want to get more.”

In addition to cleaning out her possessions, Volino focuses on making careful purchases. She avoids shopping online and tries to buy eco-friendly and ethical products.

“[I] try not to get things on a whim, but rather spend a couple of weeks between the time I think I want to get something and the time I buy it — if I do [buy it],” Volino says.

Besides the impact minimalism has on a practitioner’s lifestyle and mindset, some utilize it as a way to lessen their environmental impact. Alicia Szebert, an AP Environmental Science teacher, says she not only adapted minimalism to combat materialism, but also as a way to be more eco-friendly and less wasteful.

“A lot of people don’t really realize what goes into everything they’re using,” Szebert says. “You can’t ignore the fact that materials are finite — things are going to run out.”

Szebert purchases organic cotton or second-hand clothing, limits her use of plastic and uses refillable containers for necessities such as soap.

Despite the benefits that Paly students have reaped from minimalism, AP Macroeconomics teacher Grant Blackburn sees fundamental conflicts between the American system of capitalism, consumerist culture and minimalism.

“I don’t go into business to sell nothing — that’s the hard thing to think about,” Blackburn says. “It [consumerism] creates an ethos for us to consume, because that’s how businesses profit.”

As for the long-term expansion of minimalism, Blackburn says that a sudden nationwide embrace of minimalism would result in economic collapse and widespread unemployment as aggregate demand for products and services drop. However, he agrees that if the country were to gradually adapt minimalism, the economy would adjust to this change.

For those who wish to try out minimalism, Volino recommends watching the documentaries “Minimalism” and “The True Cost” for inspiration.

“It is important to remember that minimalism won’t look the same for everyone, and that you don’t have to become a minimalist overnight,” Volino says.