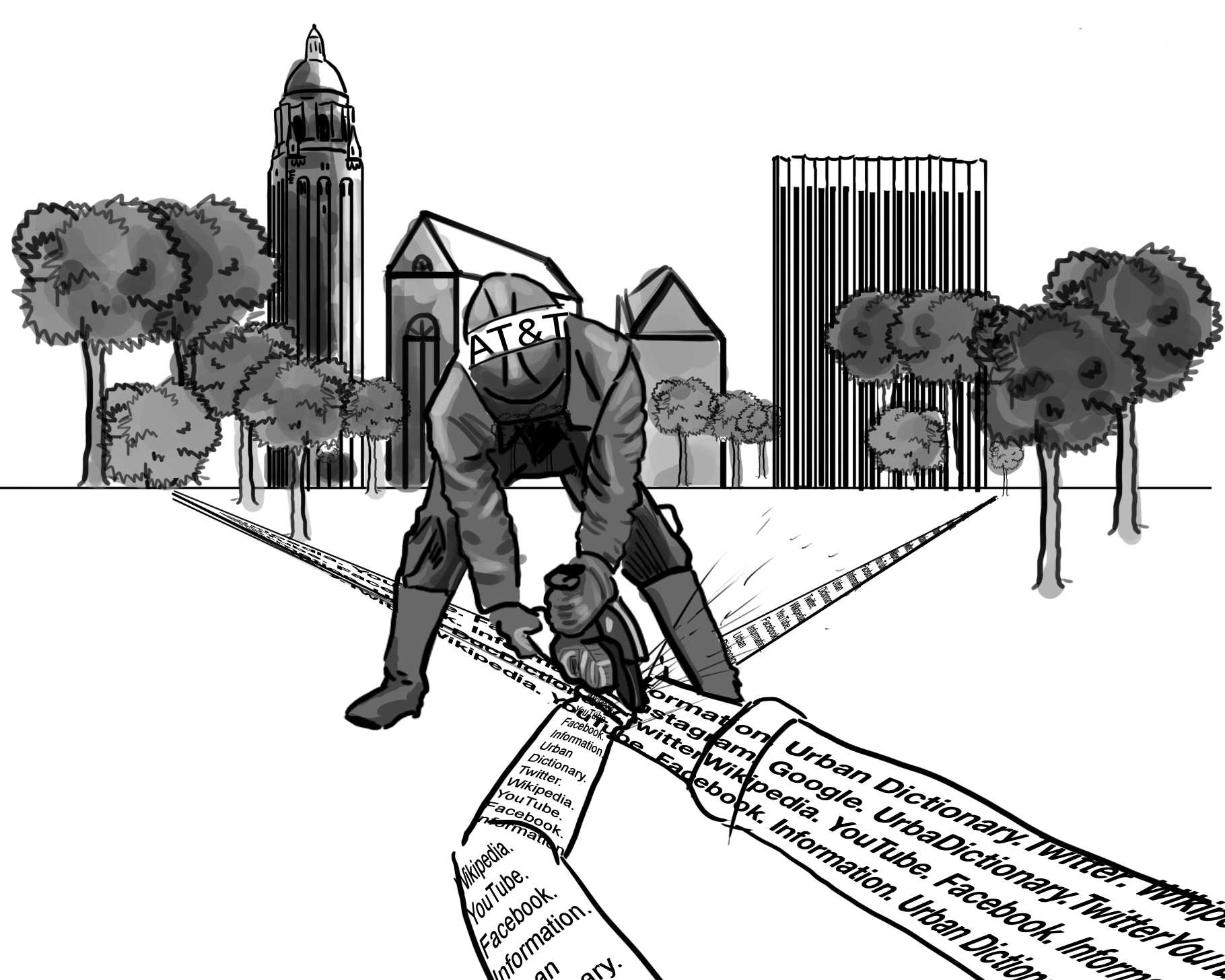 It is a normal Tuesday night, and instead of doing my homework, I’m binge-watching “Key and Peele” videos on YouTube. Suddenly, the video stops playing. The Internet is being slow again, I think to myself as the white dots endlessly circle in the center of the screen. Some lag once in awhile is understandable, but this is a daily occurrence for me, as well as anyone else attempting to stream videos in Palo Alto. This inconveniencing lag is due to throttling — the intentional slowing of Internet service by Internet service providers — according to tech publication Ars Technica, which adds AT&T and Comcast, the two main ISPs in Palo Alto can slow down the speed for everyone at peak hours. This occurs when an ISP wants to avoid overloading a server’s processing capacity instead of spending money on additional servers. The result is paying for a certain speed that is drastically reduced during peak hours. This practice reflects a company who does not care about quality of service because they have a joint monopoly over that specific area.

The average Internet speed in Palo Alto is 24.63 megabits per second (mb/s), according to Internet Access Local, a service that provides data about local ISPs. For reference, “high-speed Internet” is defined as capable of downloading content at 25 mb/s, according to Tom Wheeler, Federal Communications Commission chairman. Tech-centric Palo Alto, right in the center of the Silicon Valley, does not even have “high-speed” Internet, which is absolutely ludicrous; there should be fast and free Internet, but we are still limited to subpar speeds and service.

The first step to creating better Internet in Palo Alto service is to introduce fairer Internet providers into the market. These new ISPs will force the existing ISPs like AT&T or Comcast to either improve their quality of service or move out of the city. Two ways to achieve this would be by implementing a fast and affordable ISP like Google Fiber, or for Palo Alto to build its own municipal network. Both these options will create higher quality Internet with fewer interruptions.

One fair ISP that Palo Alto should focus on attracting is Google Fiber, a project which focuses on providing free and purchasable Internet to cities at 1 Gigabit per second (that’s 1,000 megabits). In February 2014, they announced that the service would be possibly expanding into Bay Area cities, including Palo Alto. Google Fiber has ultrafast fiber optic cables that go directly to your home which, compared to the outdated copper wiring that most ISPs use, will deliver fast and reliable Internet to customers. One of Palo Alto’s main goals should be pushing for Google Fiber to begin building in the area.

While Google Fiber serves as a commercial option, the City of Palo Alto could create its own fiber network and make the local Internet into a utility, a public service, like electricity and water. Municipal Internet is often free or relatively inexpensive, and it boosts the local economy and productivity, according to Business Insider.

This idea is not a new one to the City of Palo Alto. Starting in 2009, the City Council set a goal to build a fiber network, but it has been pushed back multiple years due to lack of funding and fear of competition from ISPs like AT&T and Comcast, according to Palo Alto Online. More recently, in the 2014 Palo Alto City Council elections, candidates such as Tom DuBois promised to focus on implementing fast Internet speeds in their campaigns. Almost a year later, a Palo Alto Online article published in September revealed that the City of Palo Alto is pushing back the project until next year.

The fact that this project has been delayed for so long is frankly appalling. Further delay will allow Comcast and AT&T to create what they call “high speed networks” in Palo Alto that will likely be the at the same standard as the existing service in terms of poor quality of service. Nothing will change until Palo Alto steps up and takes hold of their Internet service future.

In a place that is so focused on technology, fast and affordable Internet speeds should be a priority for the Palo Alto City Council. Overpriced, slow Internet should be things of the past.

For now, I’ll continue to sit at my computer, begging for that circle of dots to stop spinning and waiting for someone to save me from the jaws  of AT&T and Comcast.