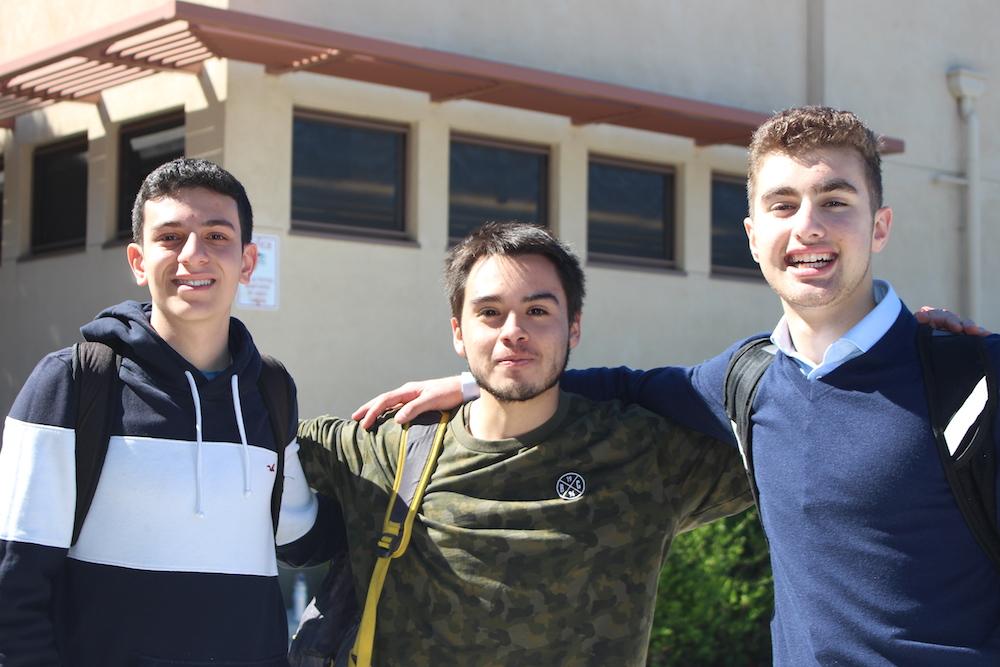 Let’s Do Lunch: Boosting inclusivity, one meal at a time

Look around any day during lunch and you’ll see the same small groups of students huddled together, munching on sandwiches and chatting between bites, often at the same place every day. But there are also those who sit alone, listening to music through their earbuds, consumed in a book, scrolling through their phones or just eating in silence.

Let’s Do Lunch, a new club formed this semester at Palo Alto High School, attempts to end our school’s cliquey environment by sitting with kids who would otherwise eat alone.

“We hope to change the community at Paly,” says junior Eitan Klass, Let’s Do Lunch co-president. “The lunch environment can be intimidating, especially to freshmen since it’s a big school and if you don’t come to this school with a friend group it’s hard to enter one. That’s the wall we’re trying to break.”

Klass explains that Paly’s clique problem stems not from mean spirit, but from apathy and inaction.

“We always talk about inclusivity, but we don’t do much about it,” he says. “We talk a lot but we don’t take action.”

Although Let’s Do Lunch currently has only three active members — Klass, junior and co-president Sebastian Khairkhahan and senior Cris Cadiz — the three don’t see this as a barrier in making new friends and changing the community.

“We’re starting really small but we hope to create a trend [of inclusivity] that will attract more people,” Khairkhahan says.

Khairkhahan explains that Let’s Do Lunch is not a typical club.

“The reason you join this club is not because it’s a club and it’s a thing to do,” he says. “[You join] because you genuinely want to meet new people. The only point of having a club is so we can have the backing of teachers and to make it a part of Paly.”

For three weeks a month, on Mondays during lunch, Klass, Khairkhahan and Cadiz split up and eat lunch with people. Then, on the fourth Monday, they meet to reflect and discuss ways to improve.

“Our ultimate goal is to get the kids we started talking to during lunchtime to be part of the club: to go out and help other kids,” Klass says. “It’s … an ongoing cycle.”

According to Klass, perceptions of the club may have something to do with the way teens cope with uncomfortable situations.

“A lot of my friends didn’t want to join the club because they already have a friend group — they’re in their comfort zone,” Klass says. “Teenagers by nature are cliquey and kind of selfish, and if they don’t see the need to go out and change something they won’t.”

According to Khairkhahan, merely interacting with his newfound friends three times a month isn’t his end goal.

“It’s not like, oh it’s Monday, I’m just gonna say ‘Hi’ to this person, shake his hand and maybe make an acquaintance,” he says. “We actually seek to involve these people in our social lives and form relationships in the long term.”