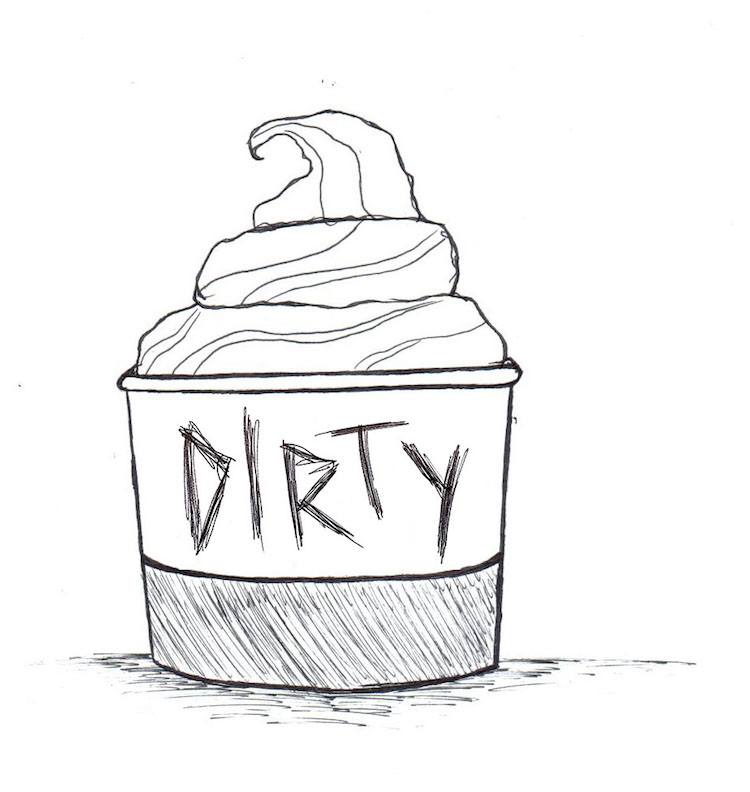 Lessons Learned Serving Fro-Yo: Reflecting on the impact of our words

For the vast majority of last semester, while my friends got dressed for a local concert, or donned warm pajamas for a cozy game night, I spent my Friday, Saturday and Sunday evenings putting on a visor, a much-too-bright green neon polo and no-slip shoes for my six hour shifts  that lay ahead at a local frozen yogurt shop.

You might ask why a high schooler would be willing to sacrifice her weekend nights to sell frozen yogurt. Well, the truth is, an addiction to shopping and discovering new restaurants, coupled with my inability to fund my ventures led me to acquiring a job.

The lessons I learned in the following four months will stick with me for the rest of my life. The job wasn’t just a matter of employee discounts or mixing frozen yogurt; it was a peek into the real world.

At the yogurt shop, I learned the things school doesn’t teach you.

I learned that one can become accustomed to standing for five hours. After a painful adjustment period, your feet will no longer throb.

I learned that customers will be more likely to tip you if your textbooks, binders and pencils are sprawled out behind you.

But most importantly, I learned the tremendous value of respect.

One Sunday, a middle aged man walked in with his wife and served himself some yogurt. He came up to me more than once complaining about the lack of his favorite yogurt flavors and toppings, something obviously out of my control.

After a few months on the job, I’d had quite a bit of experience dealing with difficult customers, and this man seemed to be one of them.

By the time he arrived at the cash register I was just excited to have him leave. I charged him and he handed me the money. After the exchange, I was supposed to give him and his wife their spoons.

But as I reached to grab them, he interjected and said, “Excuse me, I can’t have you touching our spoons. I assume you are dirty.”

It took me a second to understand what he had just said before a hot flash came over me. I don’t know if I was more embarrassed or angry. The line of customers that formed behind the man seemed to all be staring at my hands.

I wanted to tell the man that I was required to constantly be washing my hands. I wanted to yell at him so he would understand how small he just made me feel.

But before I could open my mouth, he reached over the counter, grabbed two spoons, and walked out the door.

With 14 short words, the man had made me feel utterly and hopelessly inferior. It may seem like a trivial phrase: “I assume you are dirty.” Yet, somehow, perhaps due my role as a server and his as the customer, the man came to the conclusion that he would not touch the same objects that I touched.

I fully acknowledge that it is perfectly reasonable for the man to have been wary of germs and cleanliness; the fact is, he truly did not know where my hands had been.

However, a simple rephrasing of his words would have made a remarkable difference. A simple, “Actually, I would prefer to grab the spoons myself, thank you,” would have turned a subtle slight into a reasonable request.

In that moment, I made a conscientious decision to, from then on, try and treat every single person I meet with the respect they deserve.

That man most likely forgot about our interaction seconds after walking out the door, but I still recall his words seven months later, demonstrating their lingering impact.

I am so thankful for these experiences. While I won’t miss the throbbing feet and the late nights, I will forever be grateful for the classroom the yogurt shop provided me. It taught me the power of words and the utmost importance of respect.