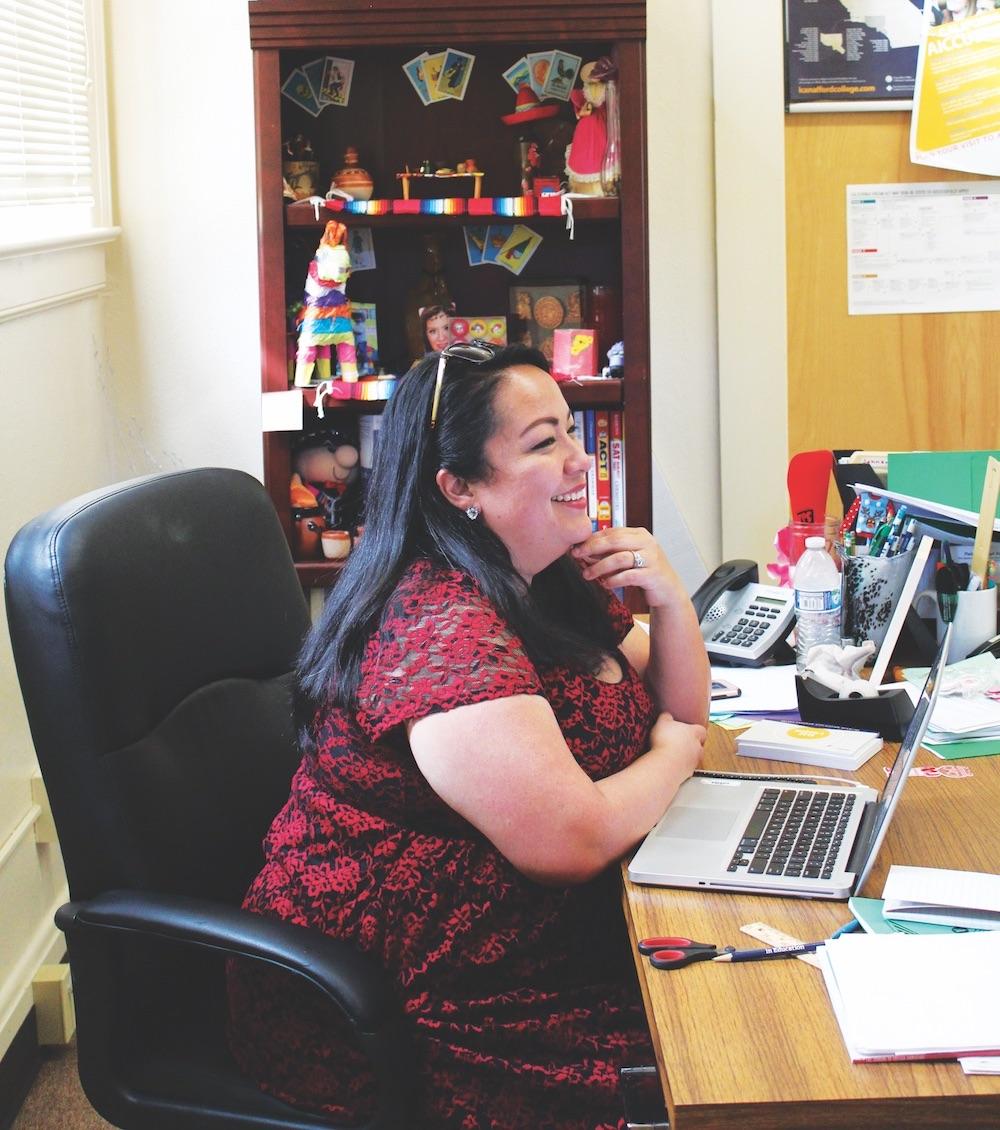 In an office trimmed with colorful mementos, streams of students pop their heads in, hoping their favorite counselor is seated at her desk.

Crystal Laguna has been working at Paly for over five years, providing unwavering support to students and parents alike.

“Outreach Counselor is the umbrella term and everything falls underneath,” Laguna says. “I’m just trying to help different populations of students who probably would need a little more outreach.”

Laguna, who grew up in San Jose, doesn’t have the fondest memories of her own high school experience. While she first earned A’s and B’s, her grades and attendance dropped as she began feeling disconnected from her school. She didn’t have many close friends or supportive educators.

“In high school I couldn’t even tell you who my counselor was,” she says. “There were times when I would go to class and a teacher would tell me, ‘Why are you even here? You’re not gonna pass.’”

Despite these comments, Laguna persevered, attending community college before graduating from the University of California Los Angeles. Just last year, she added the role of First Generation Counselor to her already extensive workload.

“With the First Gen Advisor [role], my passion is helping first generation college students and their families go on to whatever it is that they’re trying to do after high school,” she says.

These students — most of whom attended a summer course to  smooth  the transition into ninth grade — are followed by Laguna, who acts as their grade-level counselor over their four years at Paly.

On top of this, Laguna advises the Latinos Unidos Club on campus, which she helped found when she first came to Paly in 2012.

“There hadn’t been a cultural group on campus for quite some time,” Laguna says. “It seemed kind of odd that this school didn’t have anything like that.”

So, Laguna set about building a cultural organization for Paly’s Latino population. She guided a group of seniors to found the Latinos Unidos Club, an active force on campus today.

“I wanted students to have that experience, to have that feeling of community among their own peers, but also to see how we can help the rest of the student body learn about our culture,” Laguna says.

“Ms. Laguna is like a second mom to all of us.”

The following year she identified another group of historically underrepresented students and gathered members once more, this time creating Black Scholars United. Laguna says these clubs have had a positive impact on Paly, allowing members to share and be proud of their culture.

“I think students are more aware of what can be involved in our culture — I think they’re already kind of seeing that we do Day of the Dead and we do Cinco de Mayo,” Laguna says. “I feel like the students have more of a presence, that they’re not scared of showing what they’re proud of.”

Talking to just a few of her students, it is clear how close they feel to Laguna.

“We go to her for everything from college help, to school, to personal problems,” says senior Cristina Erostico, a member of the Latinos Unidos Club. “Ms. Laguna is like a second mom to all of us.”

Of the many lessons that Laguna impresses upon her students, there is one that stands out:

“To be proud of who you are,” Erostico says. “Even though we might be a minority here, just know that we have a voice.”