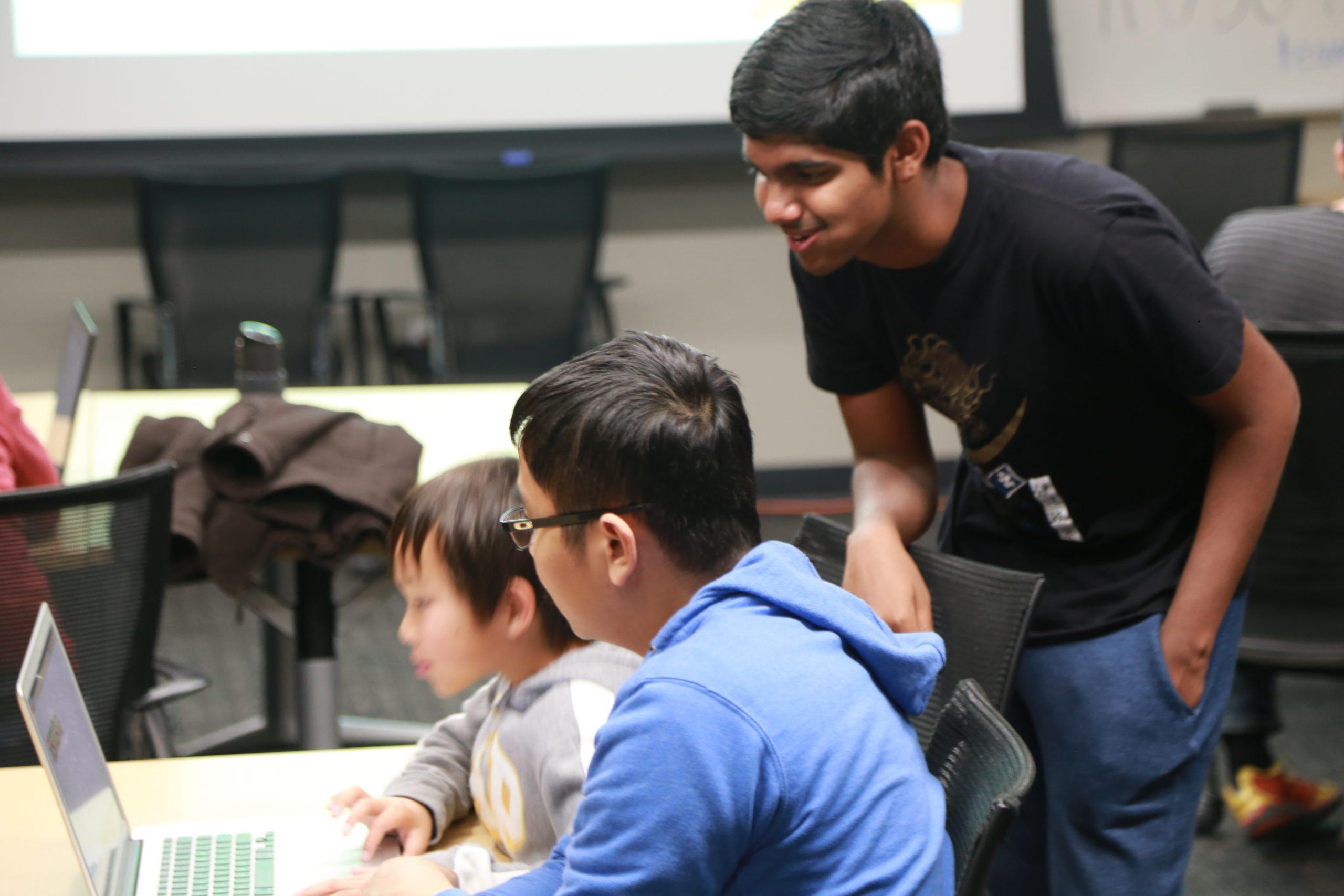 WORKING WITH KURIOSITY — A member of Kuriosity Robotics peers down at the work of his avid summer campers. “In past years, we did an OK job at running the summer camp, but I think this year, our goal was to engage them [campers] more, and so in our planning this year, it’s super project based,” Arthur Balva, a Kuriosity- Robotics member, said. Photo: Tram Phan

Kurious minds lend a hand: A robotics team gives back during COVID

Palo Alto High School junior Albert Cai holds up a sheet of plastic transparency film used for laser printers as he explains how difficult it was for his robotics team to find materials to build face shields.

“A lot of people have the idea of making facial shields, so this led to literally every plastic thing being out of supply,” Cai said. “We take pride in finding this material, which is basically transparency films. … They’re like the perfect size for the face shields.”

Originally created in 2015 as a programming club for a group of friends, Kuriosity Robotics is a team of Bay Area high school students who use their technology skills to execute various initiatives that help the community, the most recent of which was making face shields for local hospitals. 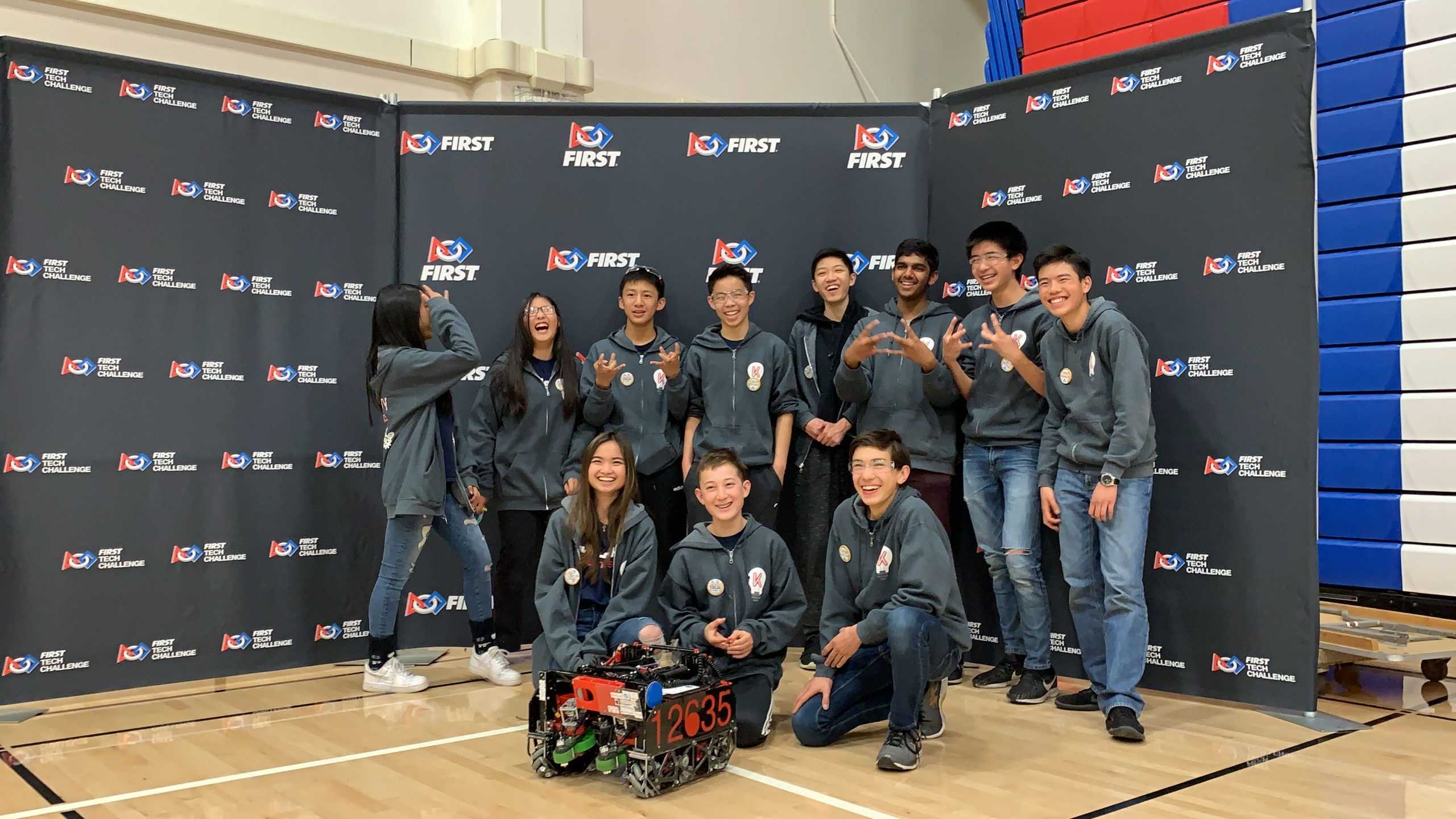 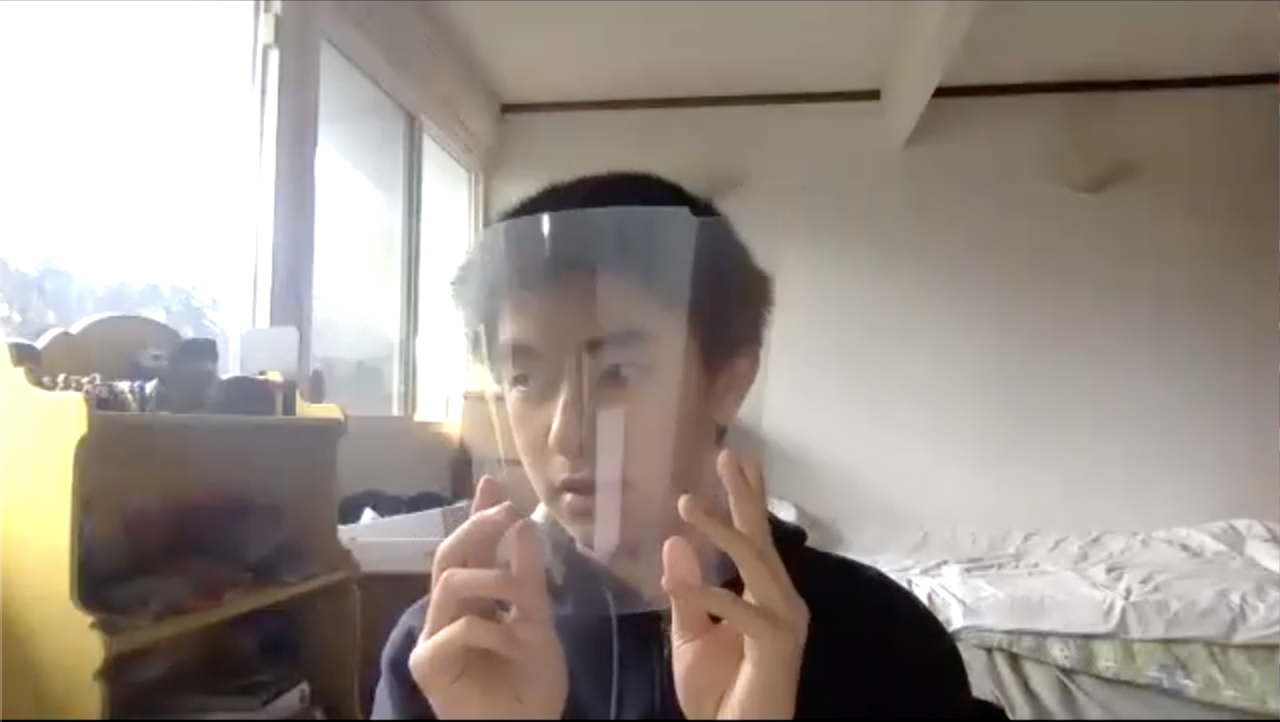 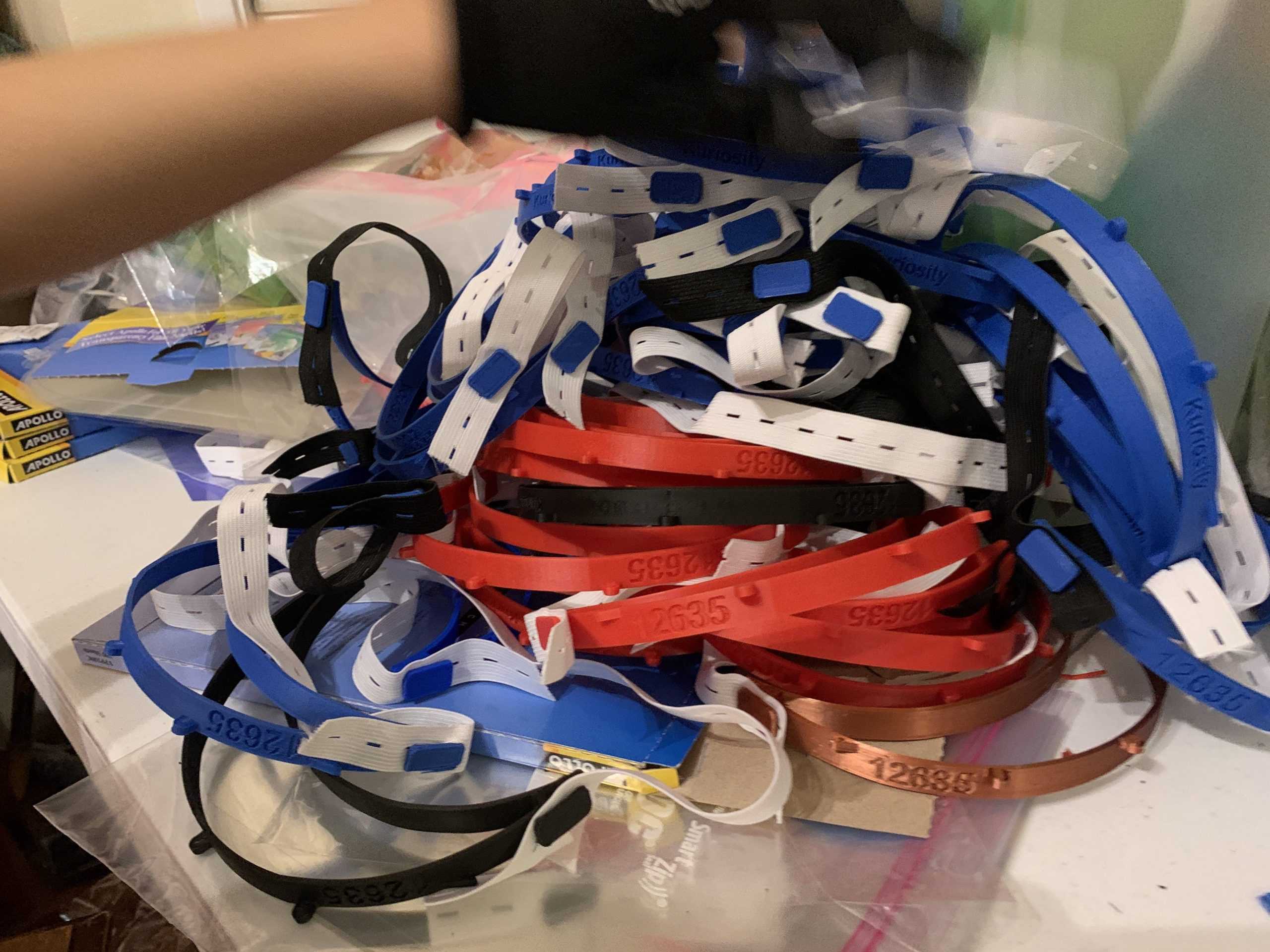 The robotics team primarily participates in the For Inspiration and Recognition of Science and Technology Tech Challenge robotics competition, a robotics competition consisting of middle school and high school robotics teams. Last year, Kuriosity Robotics qualified for the FTC World Championships, but were unable to attend due to COVID-19 restrictions. Aside from participating in robotics, Kuriosity Robotics works on community projects, which Cai hopes is what makes the team stand out.

“Other FTC teams view us as a team with a really good robot, but we also really pride ourselves on our impact on the community,” Cai said. “All the classes, all the summer camps and the face shield initiative.”

With the face shield initiative, the robotics team was able to give back to the community by creating and distributing more than 5,000 face shields to local hospitals.

“Other FTC teams view us as a team with a really good robot, but we also really pride ourselves on our impact on the community.”

Junior Austin Xiang is part of the build and business sub-team of Kuriosity Robotics. He believes Kuriosity Robotics’s next step should be to shift their focus to creating a summer camp to involve more students in STEM.

“As a team, we just want to give everyone who has access to the internet a quality STEM education,” Xiang said. “We know that usually when things are in person, we have to find venues … but with it online you just have so many more opportunities to teach people who, as long as they have access to the internet, can all come to our courses.”

Sophomore Arthur Balva acknowledges that being in the heart of Silicon Valley, there are many other prominent STEM summer programs. According to Balva, what makes Kuriosity Robotics unique is that all of the teachers are high school students.

“Through experience at school, we know what it’s like to be learning online, unlike some other programs, where it’s just adults teaching who haven’t actually done much online learning during the pandemic,” Balva said. “So we have learned throughout the year what methods are actually effective for students online.”

Beyond the advantages of being a group of high school students, Kuriosity Robotics is looking to inspire more underrepresented groups to participate in STEM, and even join their robotics team. Currently, the team has ten male members, but only one female member and a majority of the staff is Asian.

“Another reason why we’re doing these camps is potential recruitment,” Balva said. “With these camps, I hope we can inspire more girls and people of other ethnicities to explore the STEM field more.”