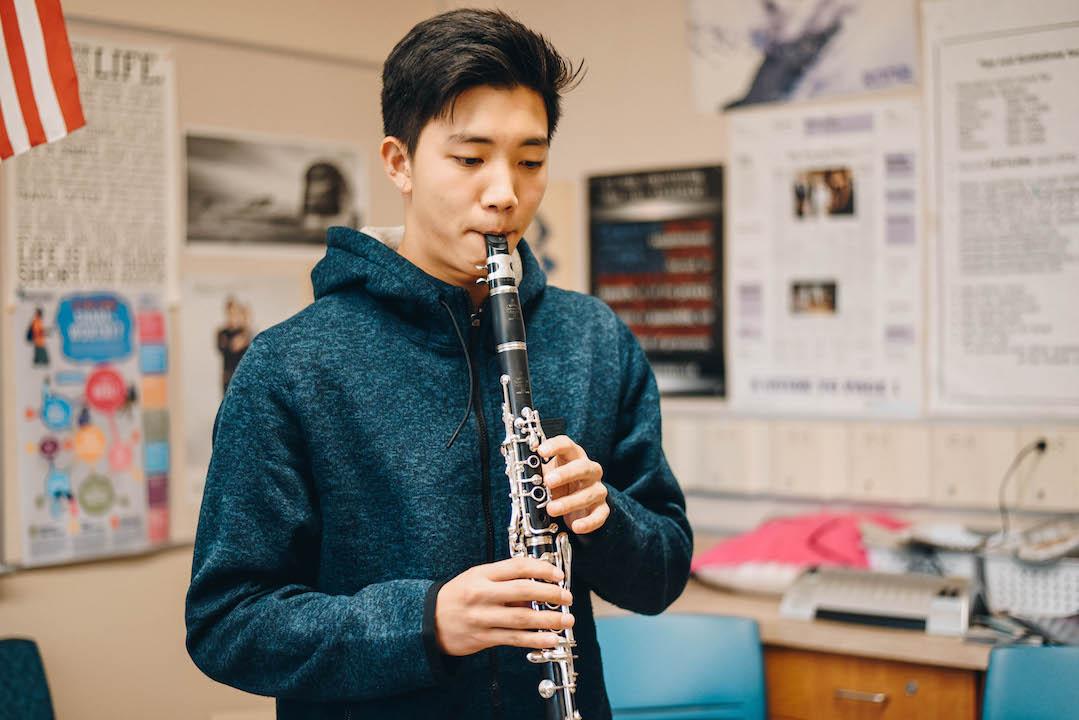 Many high schoolers enjoy listening to Taylor Swift or Beyoncé while studying or exercising, but how many listen to classical music? Moreover, how many students spend hours every day practicing their instruments for their next concert or competition, or purely for enjoyment?

“My life is completely centered around music right now.”

Mori is a violinist and Padmanabhan is a classical guitarist. They have been studying their instruments for 12 and 10 years respectively, and both are currently attending their fourth year at the conservatory.

When Mori was young, his parents took him to a violin performance that inspired him to pick up the instrument. Padmanabhan says he started classical guitar after his grandmother gave him a toy guitar.

“I started playing ‘Old MacDonald Had a Farm’ on it and I guess that they saw I liked guitar,” Padmanabhan says. “And then they, like, forced me to play it.” 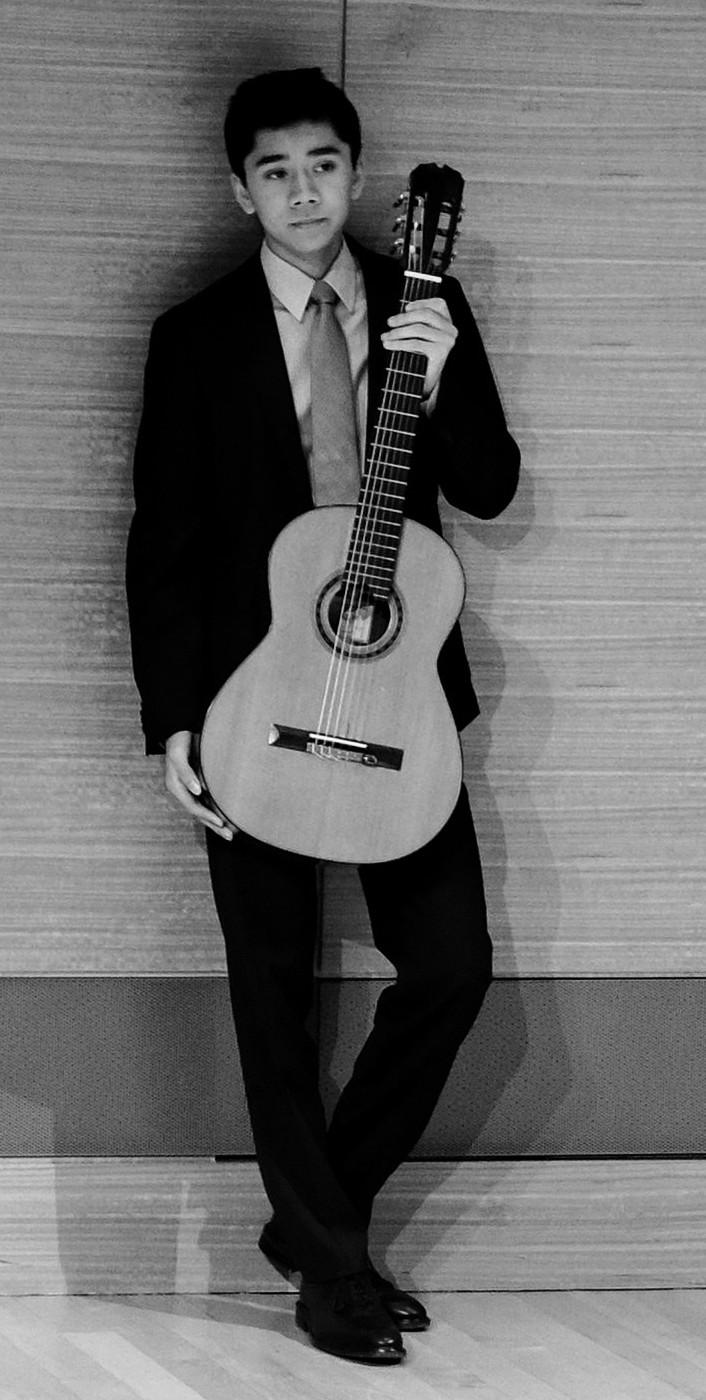 The musicians decided to join the conservatory because it offers many resources that they wouldn’t have access to otherwise.

“They have really good facilities, so if you’re going to make recordings and stuff like that, the conservatory’s by far the best option,” Mori says.

“That and also that they attract very top-tier teachers,” Padmanabhan says. “I went to the conservatory because there was a teacher — my current guitar teacher. He’s known very widely and I wanted to study with him.”

In addition to spending six to seven hours at the conservatory every Saturday, the musicians practice for hours at home every single day.

“Music is very time intensive. You spend hundreds of hours for some miniscule improvement that barely anyone notices, but they eventually add up,” Mori says.

Padmanabhan says he normally begins his practice routine by playing through an older piece.

“This not only warms up my fingers but also helps me maintain my previous repertoire, which doesn’t require as much practice that my current repertoire does,” Padmanabhan says. “After I warm up, I pick two to three pieces that I want to work on. For each piece, I focus in on little sections that are causing problems. And for me as for all musicians, two words always come to mind — practice slowly.”

For Mori and Padmanabhan, music is a form of self-expression.

Mori says his favorite piece is Prokofiev’s Violin Concerto No. 2, and he also enjoys listening to Tchaikovsky Piano Concerto No. 1. Padmanabhan’s favorite classical guitar composers are Heitor Villa-Lobos and Bach.

According to Padmanabhan, it’s common for musicians at the conservatory to enter competitions. 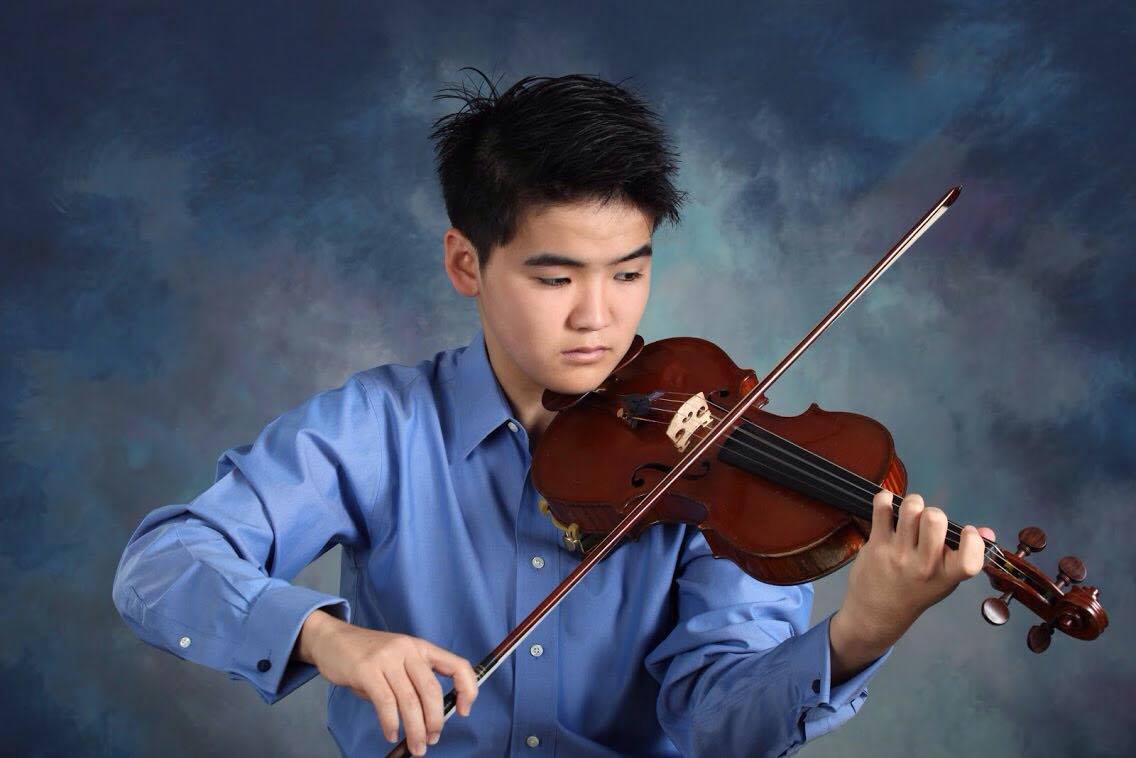 When they go to college, Mori and Padmanabhan both want to study music along with a non-music subject.

“Doing a double major in music and another subject will guarantee that I continue with daily practice,” Padmanabhan says. “I want to prevent everything I’ve done over the past 10 years from deteriorating as I become more busy in college.”

Junior Hyunwoo Roh became inspired to play clarinet in fifth grade after watching clarinetist Kim Han on YouTube. His passion for music grew as he participated in school honor bands, moved up the levels in El Camino Youth Symphony and entered solo competitions.

“When I first joined band in sixth grade at Jordan [middle school], I really liked how there was the variety of different sounds,” Roh says. “So I auditioned for other groups that are better, and it just kept on making it better for me.”

Even though he played piano before starting the clarinet, he says he likes how he can play clarinet in a group.

“If you play the piano, you never get the experience of playing with other people, besides small ensemble groups,” he says.

According to Roh, practicing the clarinet effectively involves focusing on difficult passages.

“Generally, I just play a couple notes, get myself warmed up a little bit, and then I immediately start playing the piece that I’m playing,” Roh says. “Usually I start off by going from the very beginning to the end, and then of course I hear a bunch of mistakes in between, so I take the time to individually practice those parts that are hard.”

“After everything is done, at the very end, I play through it one more time. And then if that’s really bad, then I continue, so it’s like a process that really never ends until I just want to give up.”

“I think understanding and learning the different styles that composers have is really fun, and I think it’s crucial to playing music emotionally and expressingly.”

Finding time to practice between homework and baseball can be a challenge for Roh.

“For clarinet, you can’t really practice for a long period of time because your mouth gets tired after 30 minutes to an hour of solid practicing,” he says. “So I just have to do it every day.”

Roh is a member of Paly band, and he has participated in County Honor Band and All-State Band for the past few years. He joined El Camino Youth Symphony (ECYS) four years ago and currently plays in the senior level.

“In ECYS and band we play music from different composers, and I think it’s really cool how each composer has their own style,” he says. “I think understanding and learning the different styles that composers have is really fun, and I think it’s crucial to playing music emotionally and expressingly.” 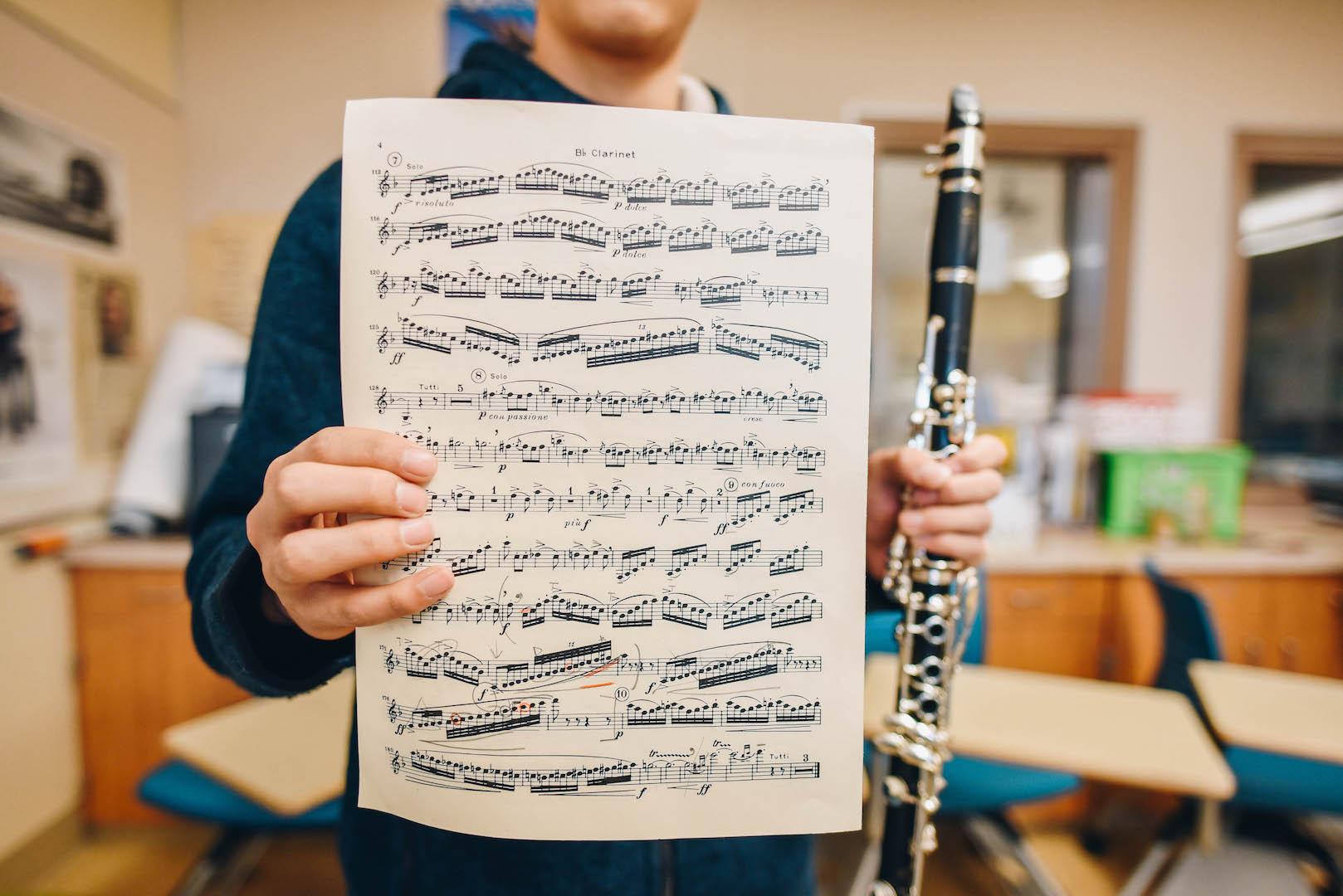 In the future, Roh wants to continue playing music for enjoyment.

“I really like music but I don’t think I’m going to be pursuing a career in music,” he says. “I’ve always considered music as something for fun that I can always do, and it helps relieve stress. So I don’t want to change that concept of music by going hardcore in my future.”

Roh recently won a solo competition at ECYS, so he will be performing a clarinet concerto this spring.

“I’ve always liked playing a solo because I guess I can express myself more,” Roh says. “And by having the spotlight, I really like the pressure that the soloists have of not messing up.”

“Earning a living as a musician is not the most favorable thing. You don’t get that much money.”

Classical Music as a Diminishing Industry

“Classical music is kind of in trouble because right now, it’s really diminishing,” Mori says. “Orchestras left and right are shutting down, so the amount of jobs available as a classical musician are really small right now, and it’s really competitive.”

One of the factors causing this trend could be the amount of money musicians tend to make.

“Earning a living as a musician is not the most favorable thing. You don’t get that much money,” Padmanabhan says. “As a result of not getting money, people are… [less] interested in pursuing music as a career.”

Furthermore, classical music seems to be less popular in our culture today, especially among the younger generation.

“I guess I kind of want to bring that idea and value of classical music back to these people, but I guess it’s up to them,” Roh says. “A lot of people actually recognize [classical] music; they just don’t listen to it for fun.”