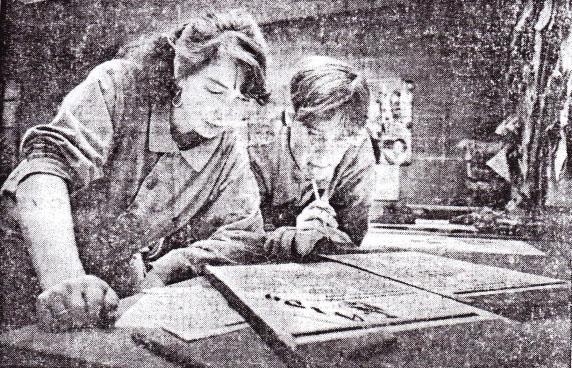 Journalism in the Age of AIDS: How the “Hazelwood” Ruling Affected a Student Journalist

As a student journalist writing for Homestead High School’s Epitaph Newspaper in 1987, Kathryn Pallakoff was entitled to free speech. However, in January 1988, Pallakoff was stripped of her rights through the passing of a United States Supreme Court decision in the case Hazelwood School District v. Kuhlmeier, a case concerning a student-run publication at a Missouri school that published articles on teen pregnancy and the effects of divorce. Due to this ruling, Pallakoff and thousands of other public school teenagers across the nation were henceforth subject to censorship from their high school administrators. But for Pallakoff this news came at an especially devastating time–just days before the newspaper was to publish her article about a fellow Homestead student, “Tony,” who had tested positive for HIV. She had spent the entire fall working tirelessly on the piece, and its publication had already been postponed once before by district officials who were worried about the piece inciting homophobic sentiment.

When the principal was given the opportunity to censor the article by way of the rights extended to him by “Hazelwood”, he did so nearly immediately after the results of the case were made public. The Epitaph became one of the very first high schools in the nation to be affected by the Hazelwood case.

“The censorship instantly became national news and C-53, our journalism classroom, was flooded with media,” Pallakoff says. “I did not want to sensationalize Tony’s story … Ironically, the censorship sensationalized it far beyond any of us imagined.”

“Anything happening to students is appropriate for students to read and write about. Sometimes the subject is not only appropriate and relevant, but important and necessary.”

In the midst of the turmoil, Epitaph advisor Nick Ferentinos gave the staff the option to go forward with publishing the article. The staff unanimously chose to place free speech above all else and ultimately the paper went to press with the article.

“Long story short, [we] vowed that we would print the story and accept the consequences,” Pallakoff says. “It was weighty and exhilarating for a 17-year-old kid. I’ve said many times over the years that it was the ‘ultimate teaching moment’. The lessons seem as relevant today as they did 29 years ago.”

As it turns out, the 1977 California Education Code 48907 protects student rights to free speech (excluding any content that is slanderous, obscene, or libelous), and under this rule the Epitaph staff was able to circumvent “Hazelwood”. Yet, California is only one of five states that offers students such protection, and to this day, public schools all over the country are still subject to censorship.

The stigma surrounding HIV/AIDS was one of the most controversial issues of its time, and, although this particular topic has faded to the back of our consciousness, the reporting of similarly contentious subjects remains pertinent to students in modern times. As Pallakoff says, “follow your gut, don’t be intimidated by authority, take initiative, find what you think is important and write about it… anything happening to students is appropriate for students to read and write about. Sometimes the subject is not only appropriate and relevant, but important and necessary.”