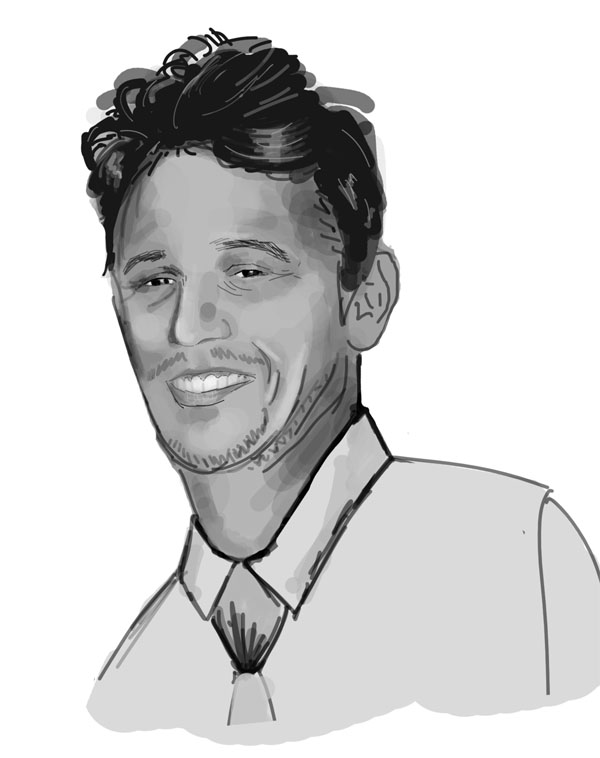 Once upon a time, it was the 1990s: the hair was large, the shirts were skimpy and James Franco was a class clown with a great smile at Palo Alto High School.

Fast forward to 2014: James has expanded his influence far beyond his hometown. He is a superstar known for major roles in “Freaks and Geeks,” “Oz: the Great and Powerful,” “This is the End” and “127 Hours” ­— and now another: “Palo Alto.” This movie, based on James’s novel “Palo Alto: Stories,” features Emma Roberts, Jack Kilmer and Nat Wolff.

Having raised James, Betsy Franco offers a mother’s unique perspective on the book and movie. According to Betsy, James’s adolescence proved to be a difficult time.

“While it was going on, it was scary, and it was worse for me than the mom in the movie, because I didn’t know the ending,” Betsy says.

However, after several arrests and a brief period as a ward of the state, James reevaluated his priorities and blossomed as an artist.

“I didn’t know he was gonna turn around and make such a beautiful thing of his life,” Betsy says. “I just did the best I could and let him take the consequences and pick himself up.”

Through “Palo Alto,” James uses those negative experiences as the foundation for an artistic endeavor.

The movie follows April (Roberts) and Teddy (Kilmer) as they attempt to deal with more than your average dose of adolescent drama.

The naïve April has an affair with single dad and soccer coach, Mr. B (James), while Teddy tries to steer clear of his rebellious best friend, Fred (Wolff). April and Teddy come to realize their mutual attraction, and their promiscuous friend Emily (Zoe Levin) engages in sexual activity with numerous boys. Together, they learn from their mistakes — or not — as they navigate the murky waters of high school life.

“Palo Alto” has been circulating the small indie film festival scene for several months. It was released on May 9 in Los Angeles and New York City and in public theaters on May 16.

“‘Palo Alto’ made me long for the loneliness of being a high school teenager in a good way,” Matt Howard, the managing editor of Baeblemusic, told Verde in an email. “The characters in the movie were all lonely in the sense that they had time to think about their emotional stresses. I miss being able to over-evaluate love.”

Although James intentionally darkened and exaggerated some aspects, the emotions behind the work are real.

“It’s good that he’s bringing out the shadowy side of Palo Alto,” Betsy says, “because everybody knows the other side.”
The book and movie incited debate over whether James portrayed high school life realistically.

Larry Gross, a screenwriter and professor at New York University and Chapman University, finds the movie applicable to a teenagers as a whole.

“I thought the film’s depiction of the risky behaviors of teens was exceptionally accurate,” Gross told Verde in an email. “She [director Gia Coppola] avoids the twin traps of idealizing kids and presenting them purely as disasters waiting to happen.”

According to Betsy, James was reluctant at first to let her read the book — imagine your mother learning about all the rules you’d broken — but he eventually gave in.

“It’s a lot easier to watch a movie than to actually live with somebody and watch them and raise them,” Betsy says. “But I’m glad he’s making such poignant art out of his emotions and experiences.”