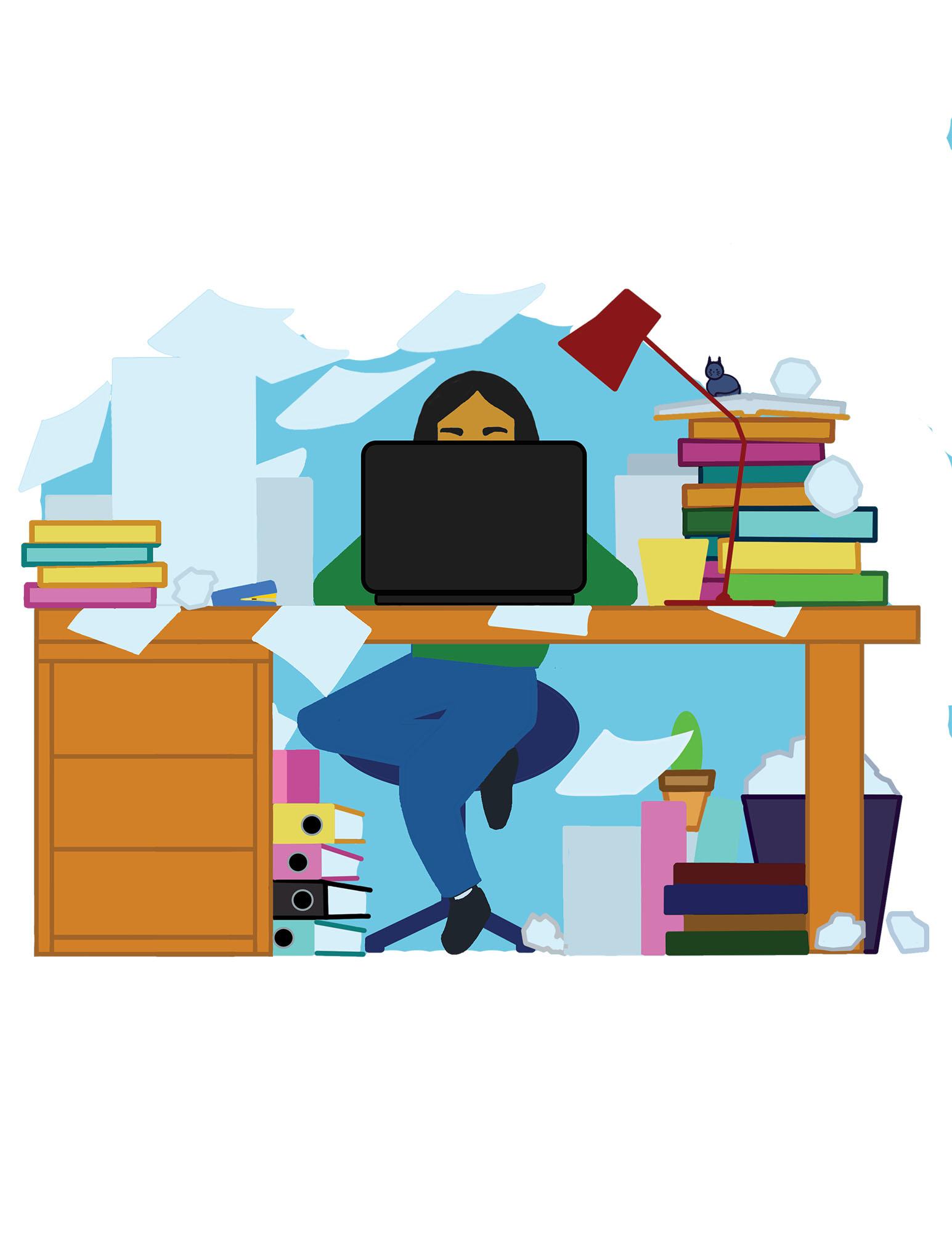 Is Being Messy A Good Thing?

Translation: My desk is a mess. Not moldy-food messy, but still, a true mess.

I thoroughly clean my room probably once every quarter. That’s not to say I don’t tidy bits and pieces here and there, but infrequently do I perform a complete sweep. Normally, my version of tidying is making piles of stuff smaller and more “organized.”

For years I’ve thought that the words “piles” and “organized” were oxymorons. You can’t make piles and be organized, can you? Well, as Google defines it, “organized” means “arranged in a systematic way.” By this definition, aren’t piles organized?

It’s actually generally easier and more efficient to find things if you are “messy.” In “A Perfect Mess: The Hidden Benefits of Disorder,” coauthors David H. Freedman and Eric Abrahamson emphasize what benefits being messy provides, or rather, what benefits being organized doesn’t provide.

The book claims: “It’s not just that the advantages of being neat and organized are typically outweighed by the costs. As it turns out, the very advantages themselves are often illusionary.”

People have a general understanding that being organized saves time. However, the hours someone puts into developing an organized system usually don’t give back that many hours of efficiency. Instead of trying to recall the location where something has been stored, a messy person can just search his or her recent memory and remember where that object was last seen. “Organized” people spend approximately 36 percent more time looking for things, according to Abrahamson and Freedman’s studies.

Beyond that, clutter breeds creativity. Kathleen Vohs, a professor at the University of Minnesota, conducted a study in 2013 which tested the differences in levels of creativity in people surrounded by cleanliness versus those surrounded in clutter. Based on the ratings of outside judges, it was concluded that on average messy people are 28 percent more creative.

That being said, you’re not excused from being a total slob. Though messiness has its benefits, being “organized” and having certain places for certain things is by no means a bad thing. It really depends on the person.

So when people ask if you are an organized person, you can now say, “No, actually, I’m quite messy and unorganized!” and be proud of it. After all, as Einstein said, “If a cluttered desk is a sign of a cluttered mind, of what, then, is an empty desk?”