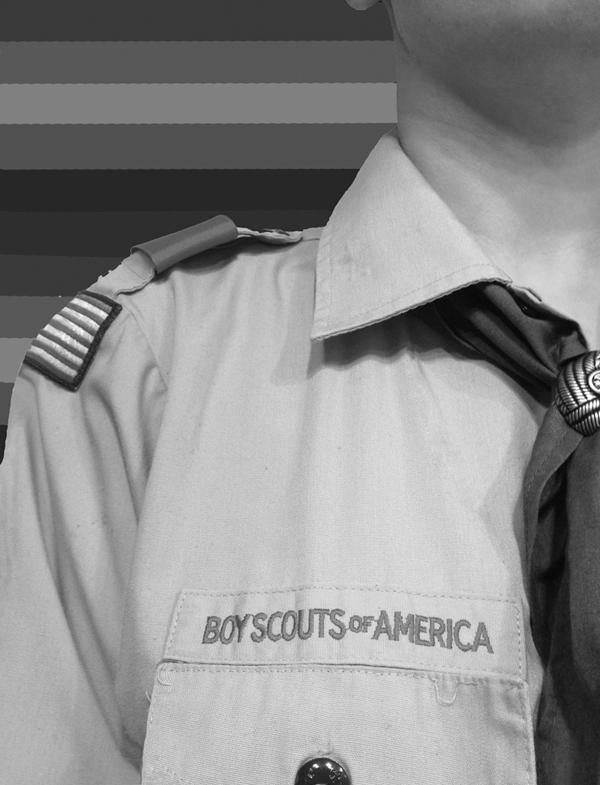 INSIDE THE CHURCH, A PASTOR delivered his sermon with dramatic, revivalist passion. It was the night of a sub-tropical rainstorm. Fruit hung heavily, like garnets, from the trees. It was my third week in Paraguay.

An angular face across the pew bore curious eyes into the side of my deliberately turned head. He always asked the most questions about United States, about what we were okay with there, where our boundaries were, if our pastors ever talked about the sin of homosexuality.

That night in the church marked the first time I have ever felt shame for my sexuality. Not because of the preacher’s sermon, but because of guilt for the apathy I had previously expressed about being gay. Hiding behind Palo Alto’s liberalism, I had allowed myself to shrug off my homosexuality, reserving it for the dramatic irony of my own self-deprecating humor.

Outside the church, homosexuality was silenced in Paraguay, made a non-issue. I had treated it the same way in my life, dismissing my being gay as insignificant and calling this delusion profound self-acceptance.

The October decision of the Boy Scouts of America to deny gay scout Ryan Andresen the rank of Eagle Scout drew the same reaction from me as the night in the church. It tore through the politics surrounding the marriage issue and joined the institutional bigotry of the conservative church with a symbol of good samaritanship, the Boy Scout, making the civil issue of the gay community accessible. It spoke directly to the American community. The message was clear: Andresen’s courage is not only undeserving of a badge, it is diametrically opposed to heroism, to Americanism.

It was an isolating message, that made a public distinction between Andresen and that all-too-banal system of “American family values” that seems to have replaced reason in the argument of gay equality. The BSA’s reaction was to claim that it would tolerate silent homosexuality, the equivalent of saying “don’t push the gay agenda into our sacred value system and it won’t get pushed out.”

The desire to act on such a personal “non-issue” as homosexuality had never so much as occurred to me, but the Andresen case  is one of those instances in American life that make my kind of apathy problematic, that reveal it as deeply self-centered.

By measuring the dramas of gay life against my priviliged one, I had rejected ownership of an experience receding from prominence in the civil rights arena on the basis that homosexuality is largely tolerated.

Today, the collective reaction towards the gay community has not moved forward from the fight for tolerance. It floats between the halfway victory of tolerance and the unwelcome silence that comes holding tolerance’s hand. Actions against equality go against tolerance by definition, but raise no incendiary response. Perhaps they shouldn’t. There should, however, be a total rejection of the “tolerance” idea. The general attitude has been that tolerance is still a big enough success, that asking for total equality would be unreasonable.

This is where the whole “is it a choice?” question comes into play. Since the movement for gay rights began to settle down, America’s more conservative factions have desperately attempted to refocus gay rights to a question that is neither as metaphysical nor as relevant as its Fox News air time would suggest: Is homosexuality a choice? And the answer of course, is secret option C, that it doesn’t matter in the slightest. It attacks the idea of equality by suggesting that the American public would tolerate its gay citizens as victims of some disease. If it is a choice, it’s one that should be freely available to all (and I cordially invite all free-thinking Republican heteros to make it).

Tolerance pacifies and pays lip-service to the idea of equality, to the idea that Andresen is even more deserving of a badge for upholding the secular moral code of equality than he would be for some community project. If there is tolerance, there is no conflict, but there is no discourse either. The response to decisions like this one by the Boy Scouts of America reveal that tolerance takes the problem away without giving a solution.

The case reminded me that my first world liberal life was not so different than what I had encountered in South America. The Andresen case attacked the delusion that being gay meant nothing more to me than the genders of the wax figures on a future civil-union cake or the genetic composition of children I wasn’t planning on, that it was not a quality of my life directly tied to my political rhetoric. It re-problematized a social issue that I had taken as solved and thus ignorable. It put me firmly behind the struggle for equality with no irony or self-deprecation.