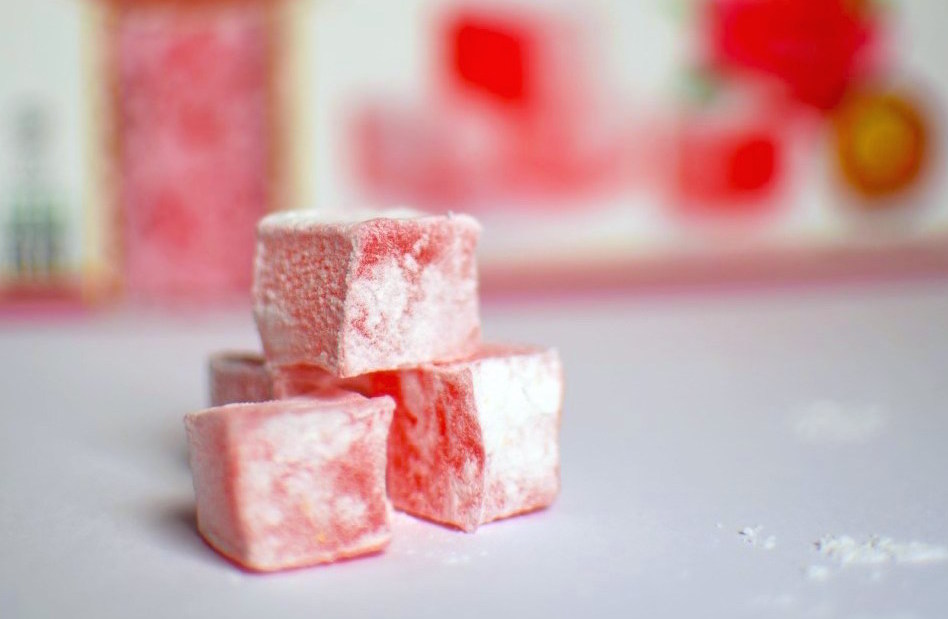 International Sweets: Curb any sweet tooth with candy from around the world

Pumpkins and Halloween candy may have made way for twinkling Christmas lights, but it will take much more than a change of scenery to curb any candy-craving sweet tooth. That leftover stash of Kit-Kats and Skittles, however, should certainly not be the be-all end-all of the realm of sweets. Peek into an international market and you’ll find that strawberry-pepper chocolate bars and Chinese sesame brittle are only the beginning of the exotic flavors that carry centuries of deep-rooted culture.

C.S Lewis’ novel “The Chronicles of Narnia: The Lion, the Witch and the Wardrobe” is likely the reason why most are familiar with Turkish delights. But the dreamy image Lewis paints of the confectionaries in his children’s book is not one that is easily reminiscent of the simple, cubed form of the traditional Turkish candy. Blanketed in a snowy dusting of icing sugar, the sweets are instead evocative of a more angular gumdrop. That’s where the similarities to more conventional sweets end.

The rose flavoring of Galil’s Turkish delights, sold at international markets like Crossroads Specialty Foods on San Antonio Road, was the first thing to make itself known. As soon as the box was opened, a striking floral aroma became immediately apparent.

Biting into the soft, gel-like candy yields a flavor that’s exactly like how it smells: sweet, flowery essence that’s just short of cloying will assail your tastebuds and continue to linger there for many minutes after in a faint imitation of an 80’s perfume. It makes for a rather strong flavor, especially to an unaccustomed palate. But it’s also light and delicate and without a doubt perfect for those who enjoy their unconventional flavors.

The centuries-old celebration of the Lunar New Year is quite an important tradition in China. And sugar, being a luxury that many are unable to afford on a day-to-day basis, is a large part of it.

Commonly gifted in red boxes along with an assortment of other colorful sweets, peanut and sesame brittle are some of the most traditional of Chinese candies. A brand found at Asian American supermarket chain 99 Ranch Market makes them year-round in a package that contains white sesame, black sesame, peanut and combinations of the three.

Despite there already being peanut brittle in the U.S., the Chinese variety is decidedly different. Its appearance is glassier, with peanuts and sesame suspended in a rich amber, the texture is crunchier, each bite resulting in the same audible snap that you get with rock candy, and the taste is deeper on all levels: gently sweet from the caramel, slightly savory from the peanuts and distinctly smoky from the sesame. Like most caramelized candies, it’s inevitable that the brittle sticks to your teeth, but that certainly isn’t enough to deter anyone from reaching for more.   v