In exchange for education: The Ravenswood District’s budget crisis 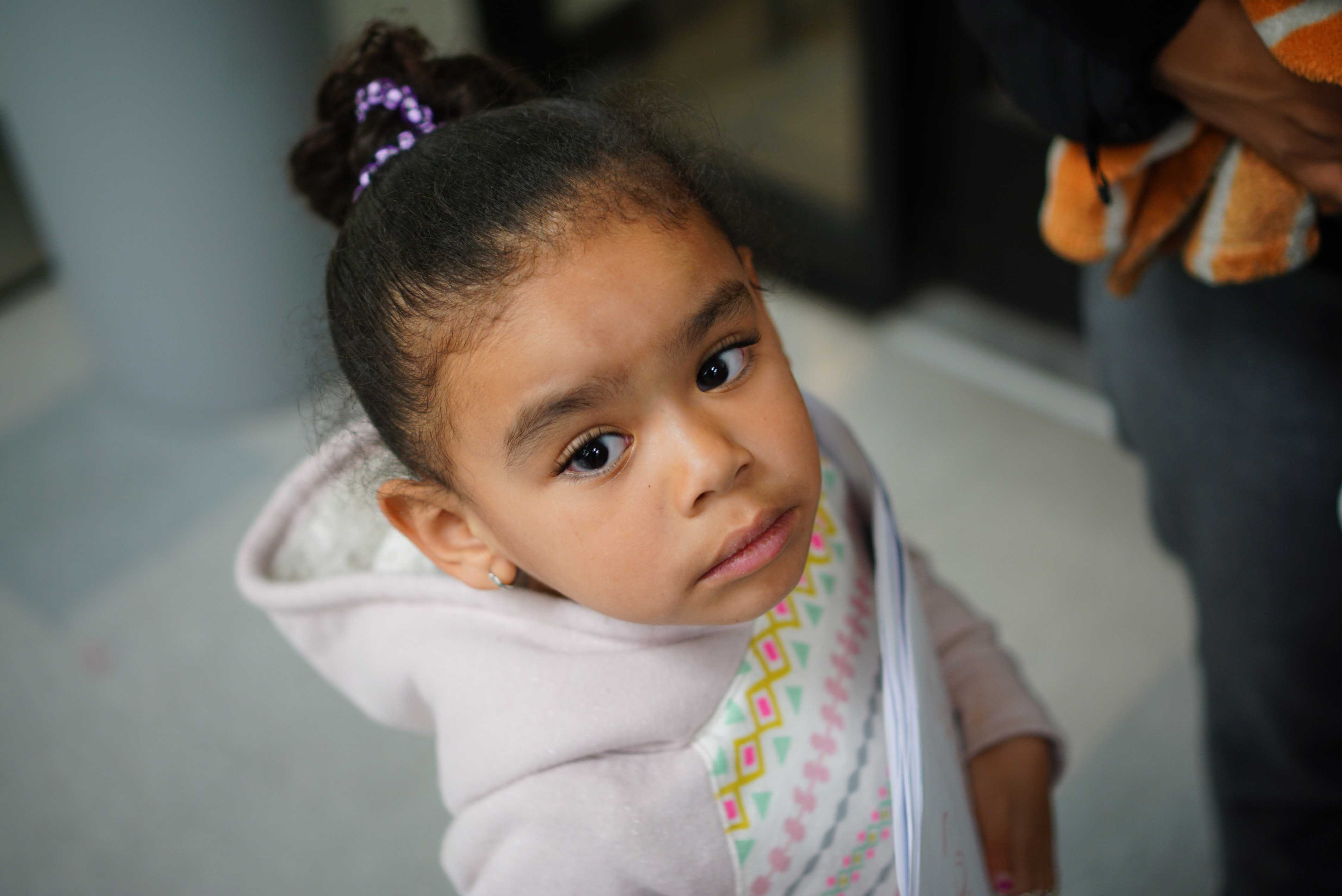 Two boxes of gooey cheese and pepperoni pizza greet parents, weary from work and toting children, at the entrance to East Palo Alto City Hall. Mayor Ruben Abrica welcomes everyone with a “buenas noches” and a gesture to the pizza.

The parents settle in, hugging and motioning for each other to sit down while the children run off to play next door. Their faint, gleeful laughter constantly permeates the room — a subtle reminder of the very purpose for this meeting.

These East Palo Alto families had brought their grievances to a last-minute meeting demanded by Abrica. The meeting was called to address the community’s concern regarding the closing of the Ravenswood preschool program, the Childhood Development Center, as a result of the district’s financial crisis that has been growing for over two years. in December 2016, former Chief Business Official Prima Singh announced the district had lost $1.3 million in state funding; the district is expected to make $3.3 million in cuts to stay out of debt for the next school year.

The evening is marked with angry outbursts from parents, taking the microphone to explain to the panel of district and county administrators just how dire the situation is for their families. Their fear and desperation at the situation is masked by outrage as they all ask the panel the same question: “Where are our kids supposed to go?”

While the district has prioritized mitigating the impact of the budget cuts on students and their education, decisions made to counter the depleted budget still threaten the ease of education for many families.

After having to cut 28 positions, the CDC is expected to change hands altogether, as Ravenswood can no longer support the program and will potentially hand off the responsibility to 4C’s, a separate preschool organization. The transfer is planned for this summer, a time when many parents depend on the CDC to keep their children safe as they go to work. The impending transition is already causing panic among families with children enrolled in the CDC.

“The situation is really, really hard right now,” says Jennifer Osorio, the sister of a child attending the CDC, a year-round preschool program in East Palo Alto. “It is going to mess up a lot of families because we might have to commute all the way to San Mateo for school.”

For Ravenswood father Carlos Aldama, the CDC closing may have drastic consequences for his family.

“My wife is a nurse –– she works long hours,” Aldama says. “I am a construction worker. I can’t bring my little sons and my baby daughter with me –– it’s dangerous.”

Ana Suarez, a member of the Paly class of 2011 and Ravenswood alum who has a two-year-old daughter currently enrolled in Ravenswood, says it is difficult to put her fear of the future into words. Tears come to her eyes as she tries to explain the impact the closing of the CDC will have on her family.

I have no idea how I am going to take care of her during the day until the CDC reopens — if it reopens.”

According to Suarez, the district’s mismanagement of the budget is nothing new.

“I’m not that surprised to see what is happening in Ravenswood,” Suarez says. “When I was in school, we had music and art but we didn’t have new computers or anything. Whenever a toilet didn’t work or our desks were broken and anyone said anything, they would always just tell us that there was no money.”

In a district populated with low-income, at-risk youth, providing students with the best education possible within budget is a high stakes balancing act.

“At Ravenswood, the education isn’t that great. A lot of the teachers were really great and tried their best to make it challenging to prepare you for high school because a lot of kids go to high school from Ravenswood not ready academically,” Suarez says. “But at the same time they can’t really challenge you that much because if they make it too hard kids will just not try anymore, and it’s a higher chance of drop-outs.” 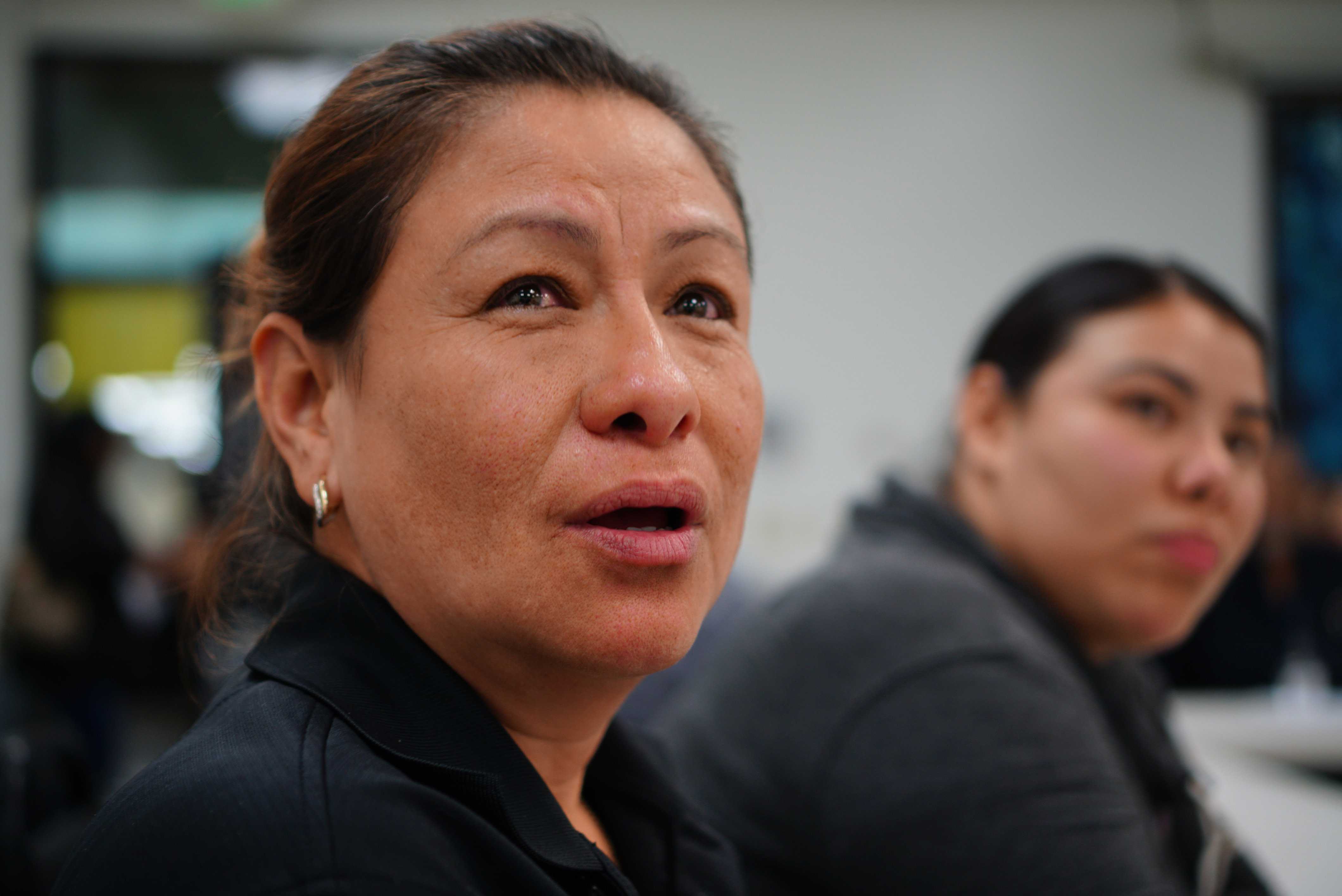 A PARENT’S PLIGHT Nori Osorio, mother of a child attending the CDC, is prepared to take on the district.

According to San Mateo County Supt.  Anne Campbell, the main reason for the district’s financial troubles is the decline of enrollment in the Ravenswood School District. Enrollment has been decreasing since the 1999-2000 school year, and the district has lost 394 students from the past school year alone, according to the Second Interim Report from Chief Budget Official Steven Eichman.

Suarez says the academic environment forces parents to send their children out of the district.

“I went to Ravenswood from kindergarten through eighth grade, and I was supposed to go to M-A [Menlo-Atherton High School] like everyone else, but my parents could see how bad things were there, and they wanted better for me,” she says. “Coming to Paly was like night and day — there were expensive resources, I was surrounded by kids who were very wealthy, and most of the students were really motivated to go to good colleges.”

Despite the challenges of fitting in with her wealthy peers, Suarez is grateful to her parents for providing her the opportunity to get a better education, and hopes to do the same for her daughter.

“My daughter is only two, but I’m already doing everything I can to get her into the PAUSD district so that she can go there for kindergarten and graduate from Paly,” Suarez says. “I want her to have the best education and all the opportunities that I can give her, and I’m just not going to be able to do that in EPA.”

“We know that we will have to fight with everyone,” says Nori Osorio, mother of Jennifer Osorio. “This is a big problem –– the kids need to go to school and we work, the parents work, so we are going to fight for where our kids go and hope we can help.”  However, not every family is able or willing to abandon their community for a wealthier district. An army of parents will continue to battle for their children’s education in Ravenswood — whatever it takes.