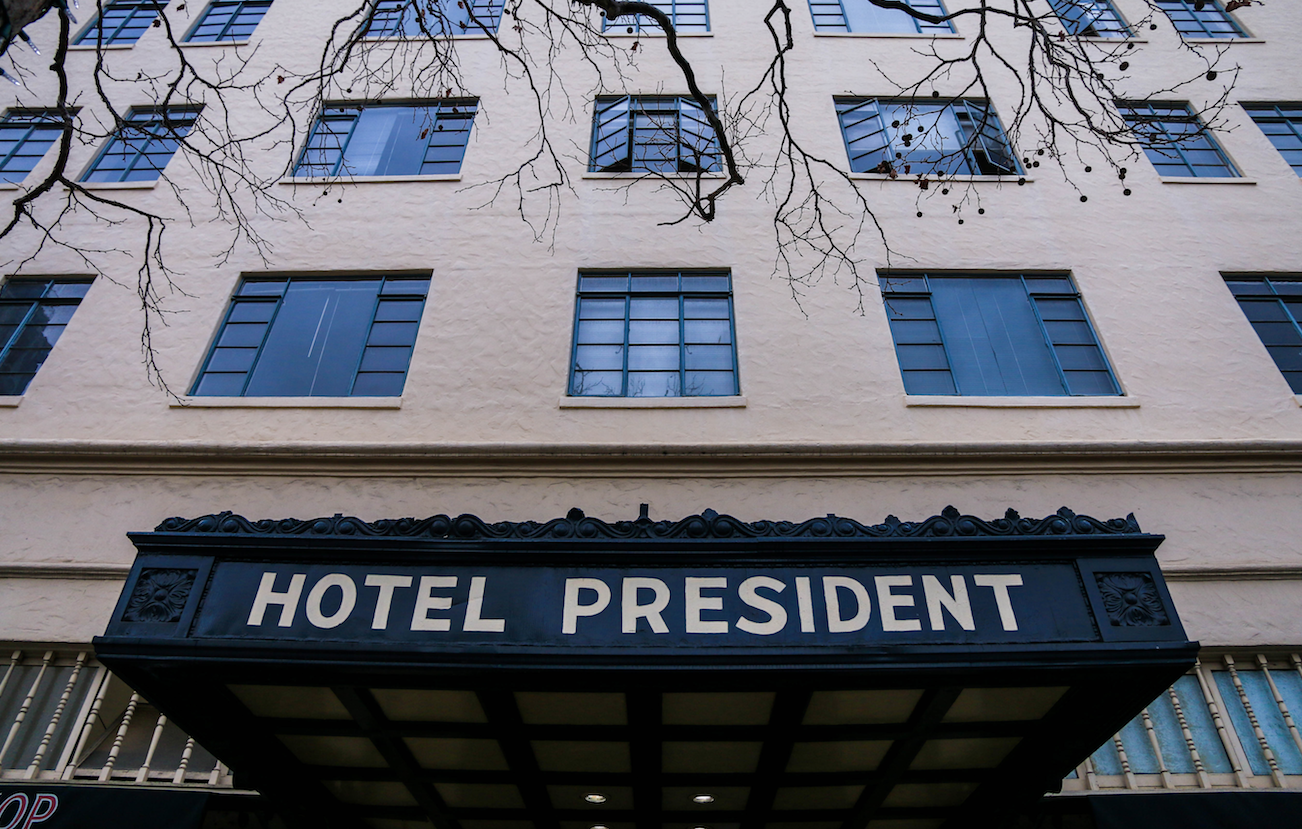 Each floor of the Hotel President in downtown Palo Alto has its own character. The scent of lacquered wood and vividly painted stone tiles inset in the staircase envelop visitors’ senses as they step under the high lobby ceiling. The fifth floor emanates a sense of comfort and warmth and the spacious rooftop deck of the penthouse, a small studio filled with blank canvases and old architectural building designs, welcomes visitors into its organized clutter.

Much like the hallways, the residents’ apartments showcase their unique personalities. A peek into a third-floor apartment reveals a space painted completely in bright, exuberant hues and another down the hall unveils walls adorned with picturesque landscape paintings.

Resident Dennis Backlund’s door is already parted as the elevator doors open into his corridor, a sliver of orange light spilling out into the hallway the only sign of life on his floor. Backlund is the building’s longest term tenant — when he originally moved into the President 37 years ago as Palo Alto’s historic preservation planner, Backlund thought he would live in the building for the rest of his life.

“I went to bed every night, I felt so comfortable here and I had all my books and my interests and my friends all around me,” Backlund says. “We thought we’d really have this community for a long time.”

“I went to bed every night, I felt so comfortable here and I had all my books and my interests and my friends all around me.We thought we’d really have this community for a long time.”

But his stay of nearly four decades at the President is coming to an end.

In June, Adventurous Journeys Capital, a Chicago-based enterprise, bought the Hotel President, a historic landmark, with plans to commercialize the building into a luxury hotel. But ever since the change in management, the tenants’ eviction date has fluctuated, despite originally being set for last November. However, the city council denied making the zoning changes AJ Capital needed for renovations, so the company pushed eviction to Jan. 31. Now, the last few remaining residents, Backlund included, have until the end of February to move out.

The President houses mostly older citizens and freelancers, including artists, piano teachers and language coaches, presenting a stark contrast to the cluster of engineers and computer scientists who tend to be drawn to the Bay Area.

“This [Palo Alto] has become the most popular address for people to come and work at and make their millions,” resident Iqbal Serang says. “But what of those smaller creative types that are artists and teachers? That gets put aside very easily.”

The artists of Hotel President have drawn in younger generations, including Palo Alto High School freshman Maia Johnsson. For four years, Johnsson has taken German lessons from Katja Serang, a resident who moved out a month ago and struggled to find housing, Johnsson says.

“I wasn’t able to go to the lessons for about three to four weeks,” Johnsson says. “When she finally found a house, we started up [lessons] again.”

Just two floors below Backlund lives his friend Iqbal Serang, an architect by day and painter by night. Serang’s residence at the President started out as temporary — he leased a room from a resident — but enjoyed his stay so much that he moved into his own apartment and converted the President’s penthouse suite into an art studio nearly 28 years ago.

As Jan. 31 approached, Serang and Backlund continued their search for housing but recognized that the eviction date was nearly impossible to meet.

According to the United States Census Bureau, people do not typically move during the winter due to the difficulties the weather presents. This could contribute to why some residents are currently struggling to relocate, Backlund says.

“Kids are in school and the [winter] weather is bad and rainy,” Backlund says. “People don’t choose to move unless they are forced to. … We do not have very much hope in finding a place to live in a time frame like Jan. 31 and we have pointed this out to the city council.”

Despite having attended city council meetings for months and becoming “regulars” there, as Serang describes, residents have been unsuccessful in persuading AJ Capital to extend the eviction date to June, the time most residents desire.

City council member Lydia Kou says the best course of action for AJ Capital is to follow City of Palo Alto’s municipal code, which, as it stands now, does not allow most of the changes AJ Capital would like to make on the building.

“There is an effort to amend the laws by city staff,” Kou stated in an email, describing the company’s attempt to convert the President into a luxury hotel.

AJ is still requiring residents to move out, despite their non-finalized plans for renovation.

“We are not going nuts outwardly, but inwardly there’s definitely a lot of stress and pressure and concern,” Serang says. “There are people always asking you ‘Where are you going to move to?’ Where am I going to move to? I mean, I don’t want to move to any other place.” 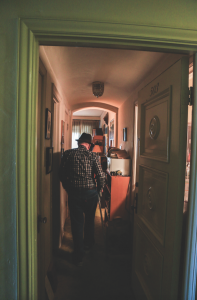 Having lived in the President for over two decades together, Serang and Backlund seem to share a sense of loyalty, not only to the building but to each other. There is a sense of deep familiarity between them — they often knock on each other’s rooms when in need of some company. They finish each other’s sentences but will just as frequently talk over each other, interjecting abruptly about old records and authors or Backlund’s living room, which he used to transform into a literary salon.

Like Serang and Backlund, most residents lived in the building for years or decades and formed close connections with one another.

“People get sick and the word gets around,” Backlund says. “They open the door and there is food provided for them.”

During major holidays, tenants celebrate together. On the Fourth of July, they gather on the rooftop to enjoy a horizon full of fireworks; on Christmas, the building manager organizes an all-expenses-paid, catered Christmas celebration in the building lobby.

“It has been a real community of friends — the loss of that is the saddest thing on my mind,” Backlund says.

As Backlund reminisces fondly of the tight-knit community, Serang listens with a slight smile on his face, but his eyes are somber.

“There is a feeling of community,” Serang pauses. “There used to be, anyway. That’s definitely breaking up now.”

“There is a feeling of community. There used to be, anyway. That’s definitely breaking up now.”

Moving out and moving on

Backlund, along with another resident with disabilities, is receiving services from Project Sentinel, a non-profit focused on fair-housing laws. This could give Backlund an additional 60 to 90 days to find a new place to live.

It is a sentimental goodbye as the unique community disperses and will officially cease to exist at the President in the next few weeks. Although AJ Capital’s future renovation plans are still up in the air, changes to the building’s physical appearance can be expected as well: for many, the President will no longer feel nor look like home.

“Home is where the heart is. … Your home is your refuge from the busy, uncertain world that we work in.” Backlund says. “It [eviction] is the loss of your home against your will.” 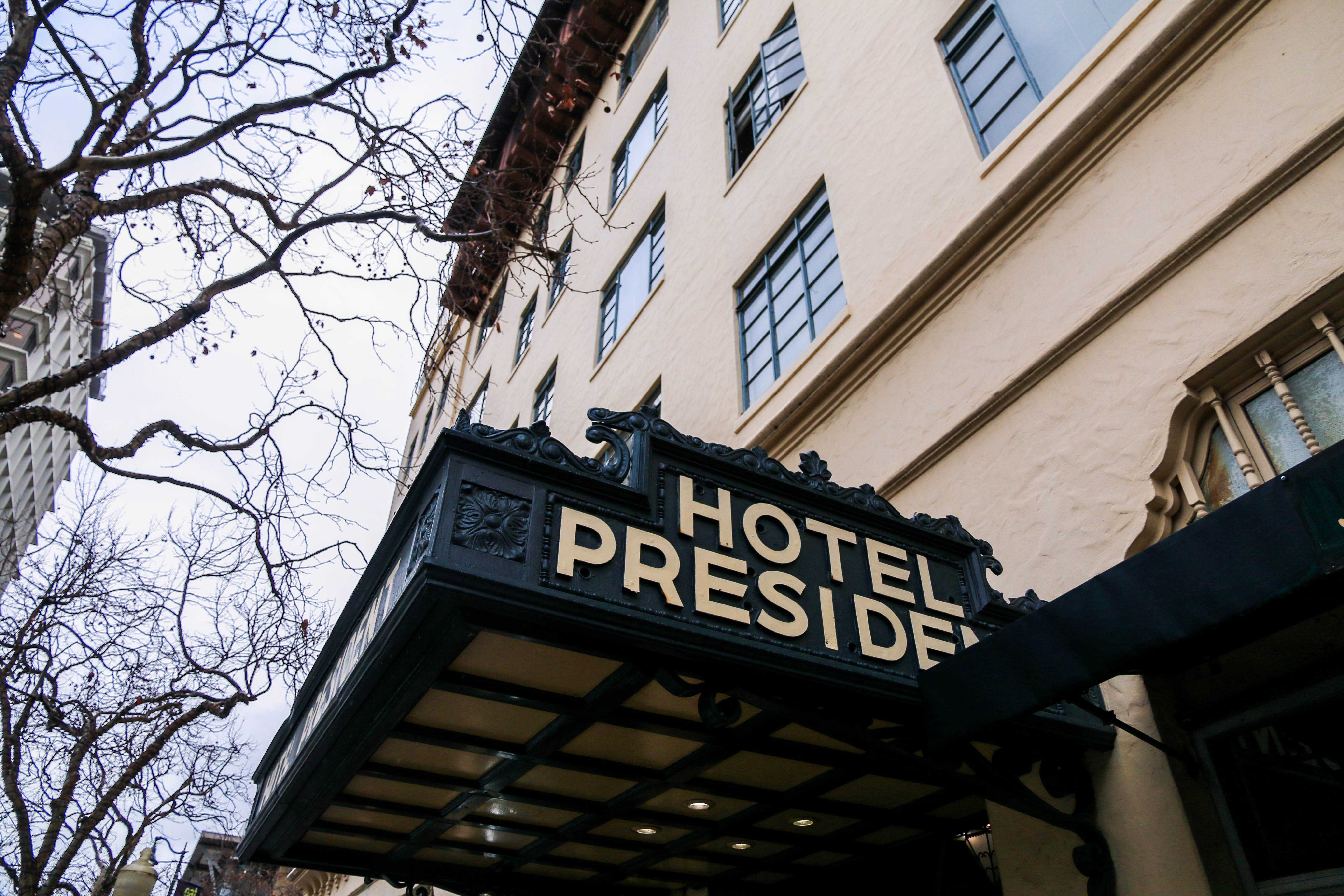 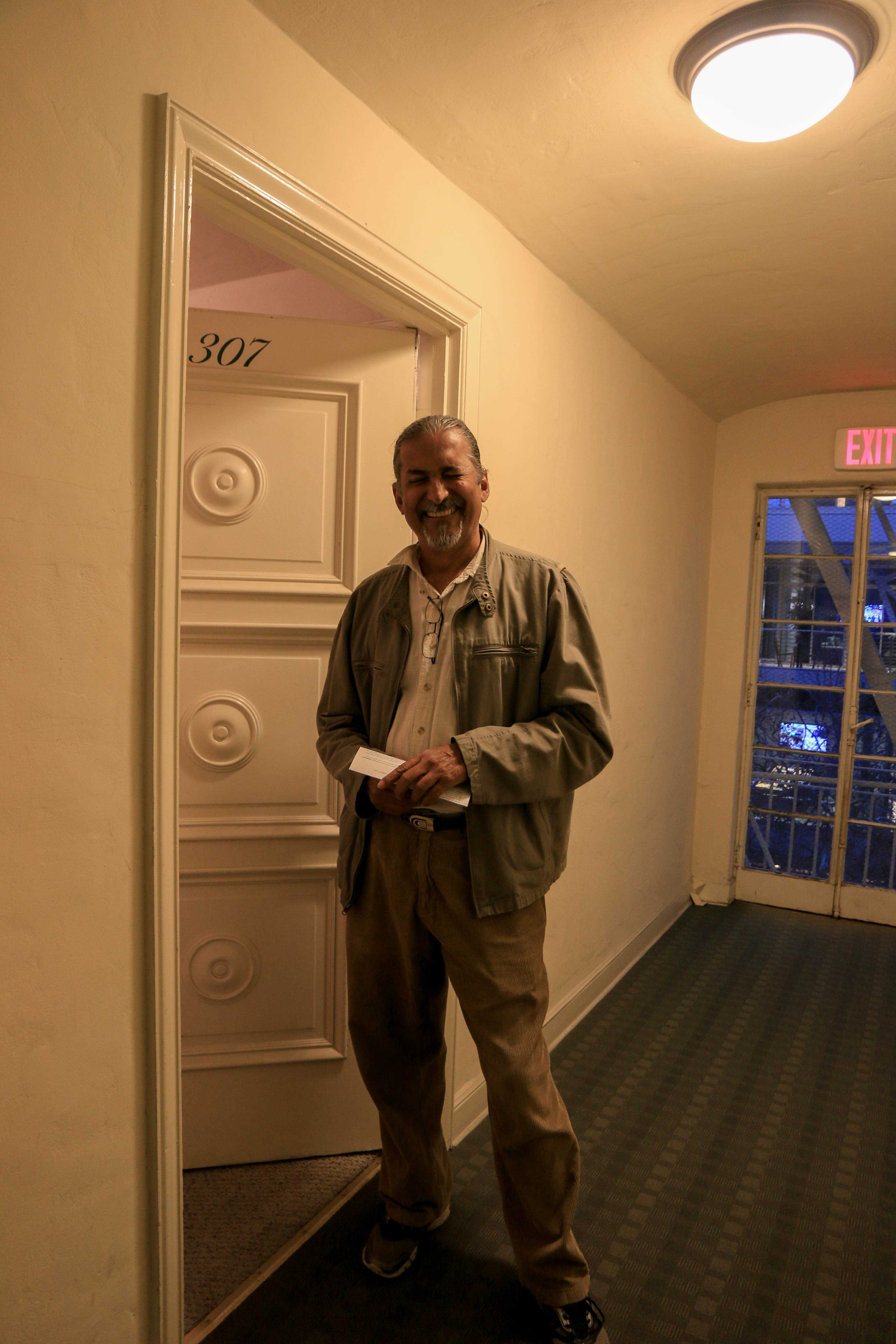 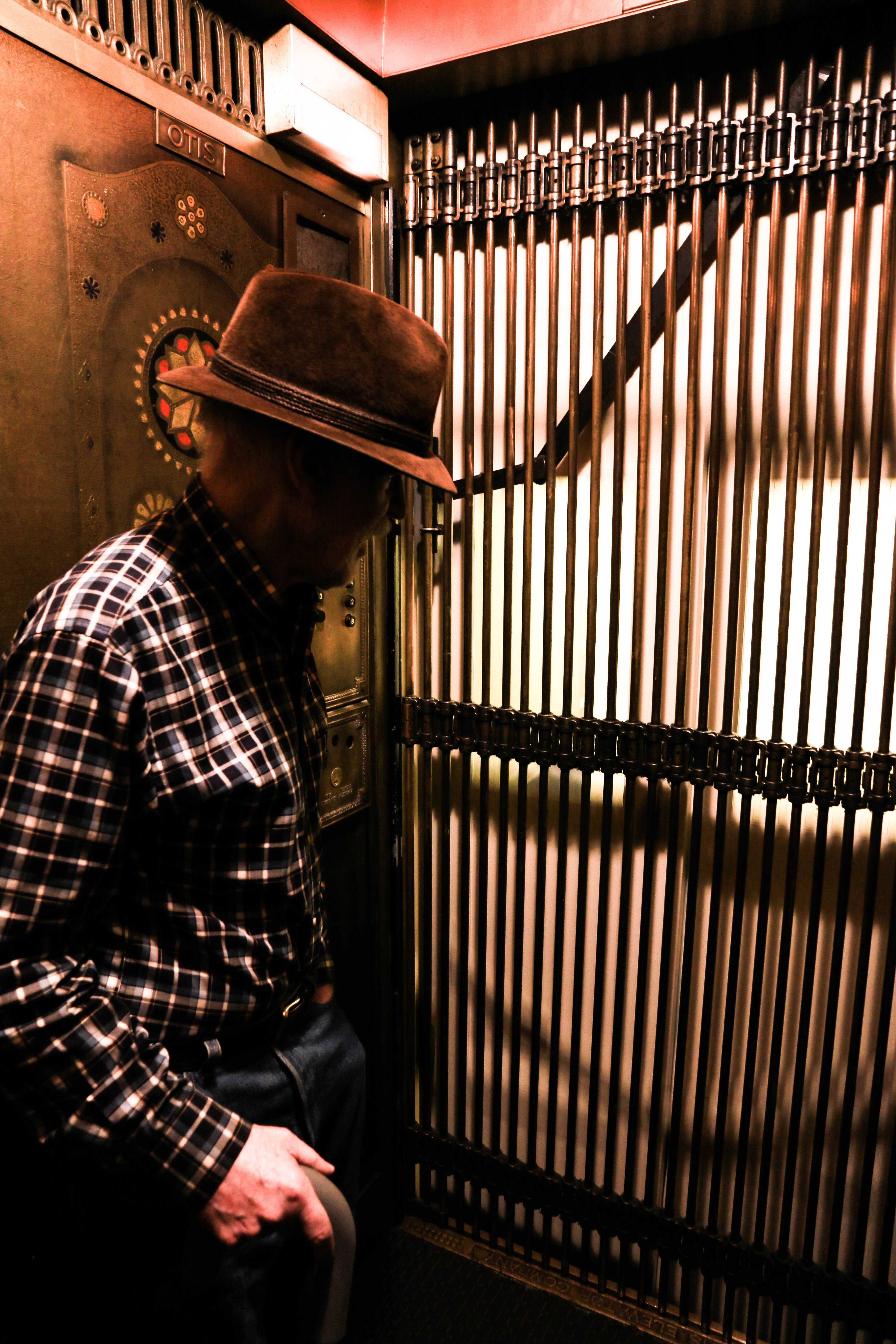 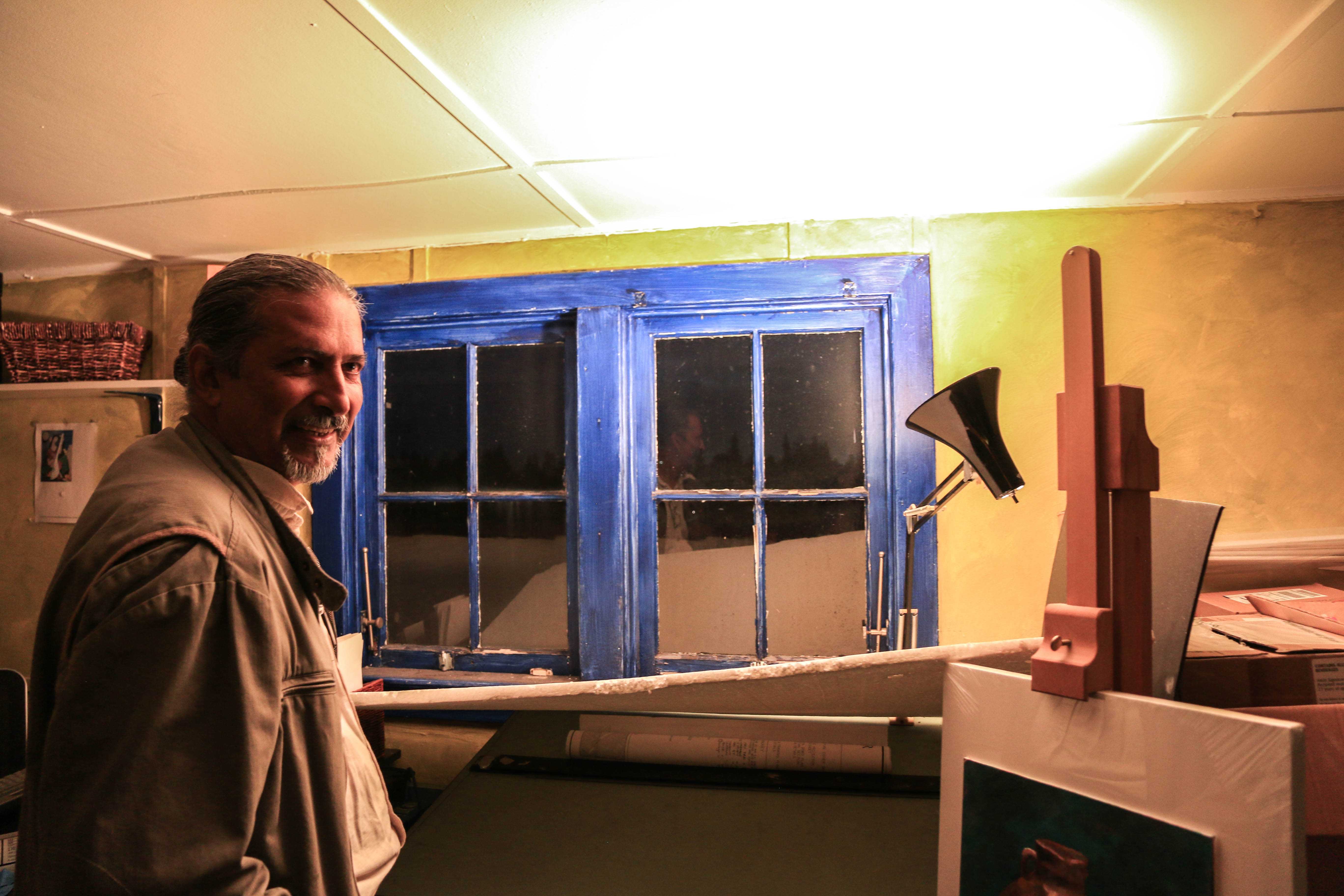 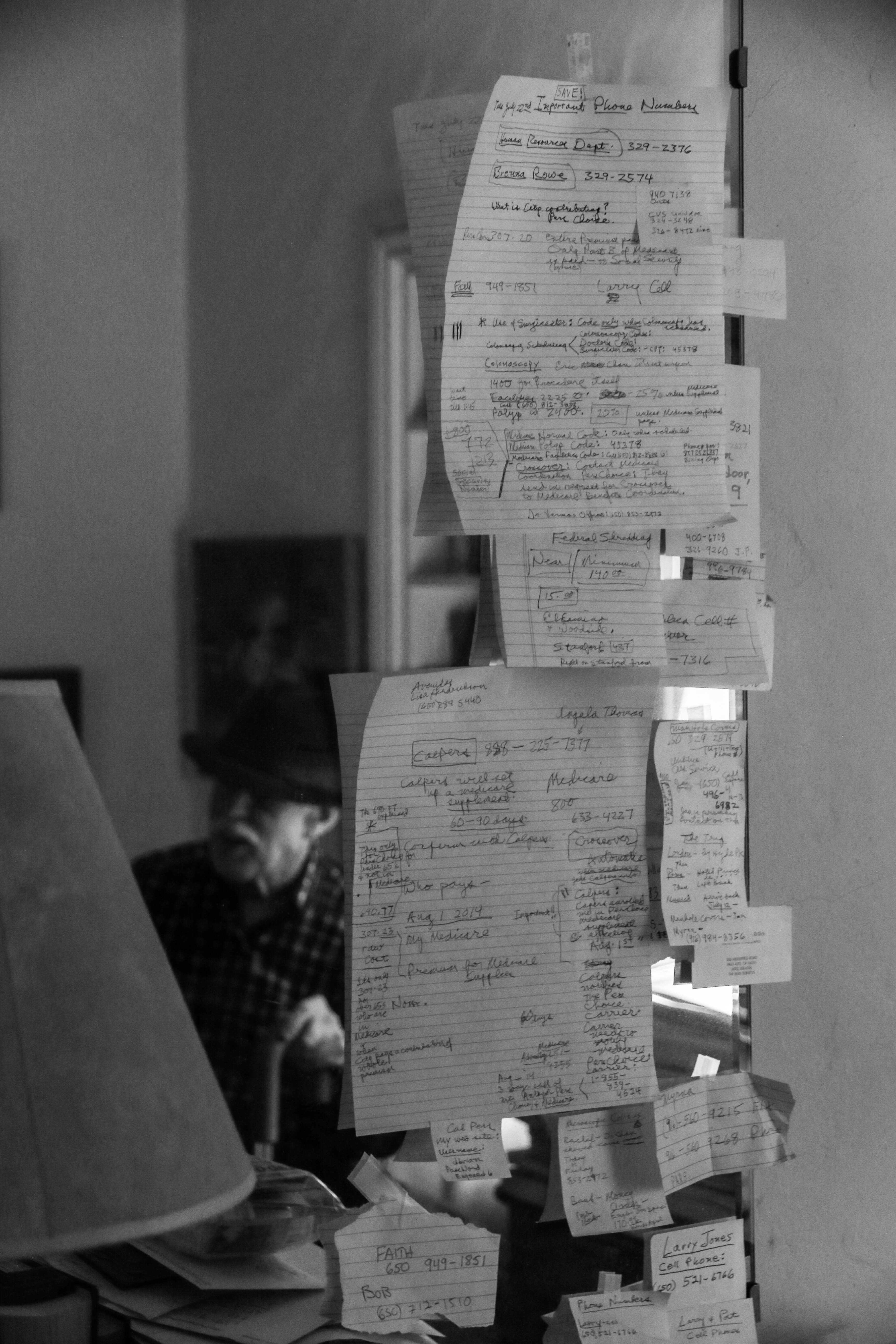 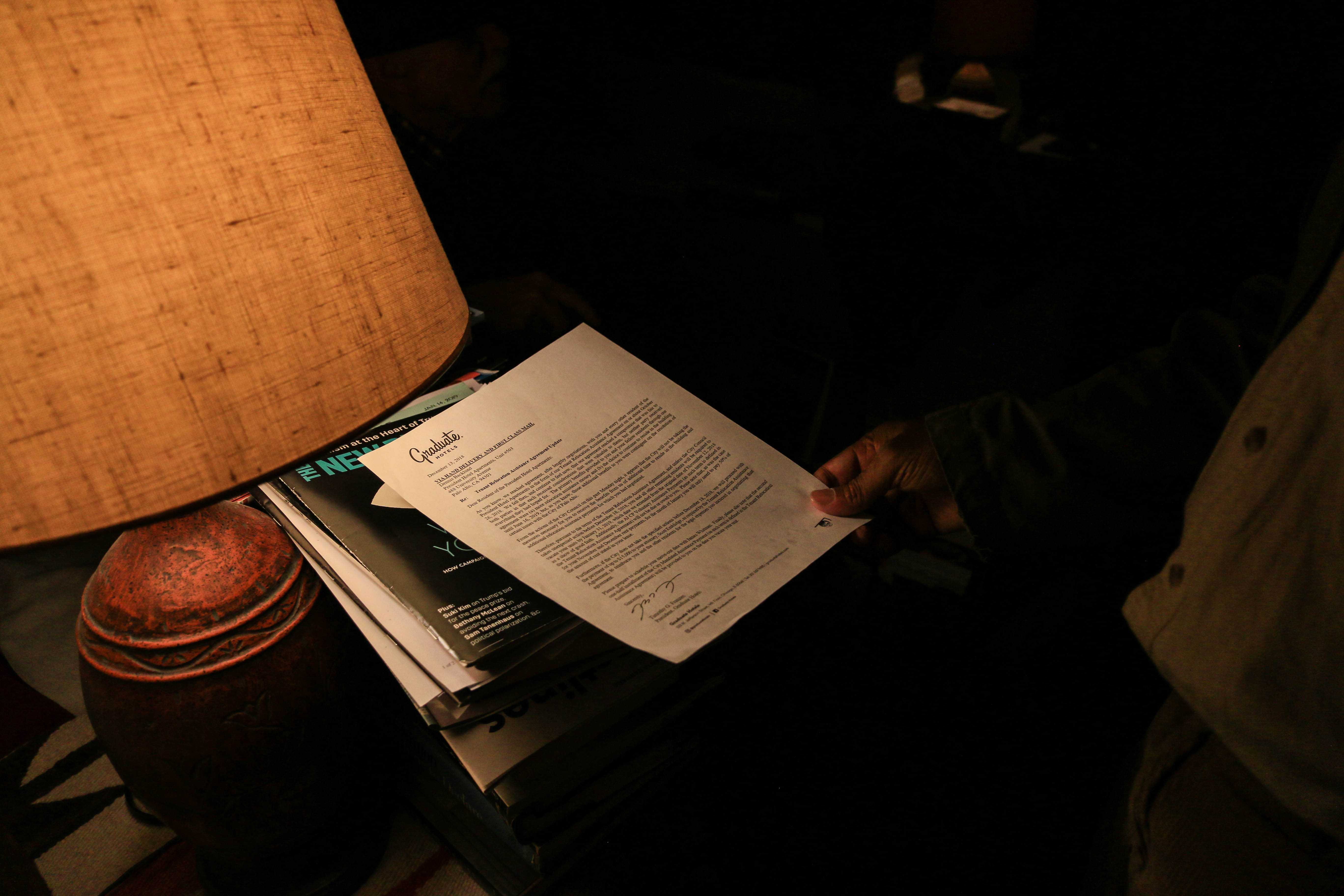 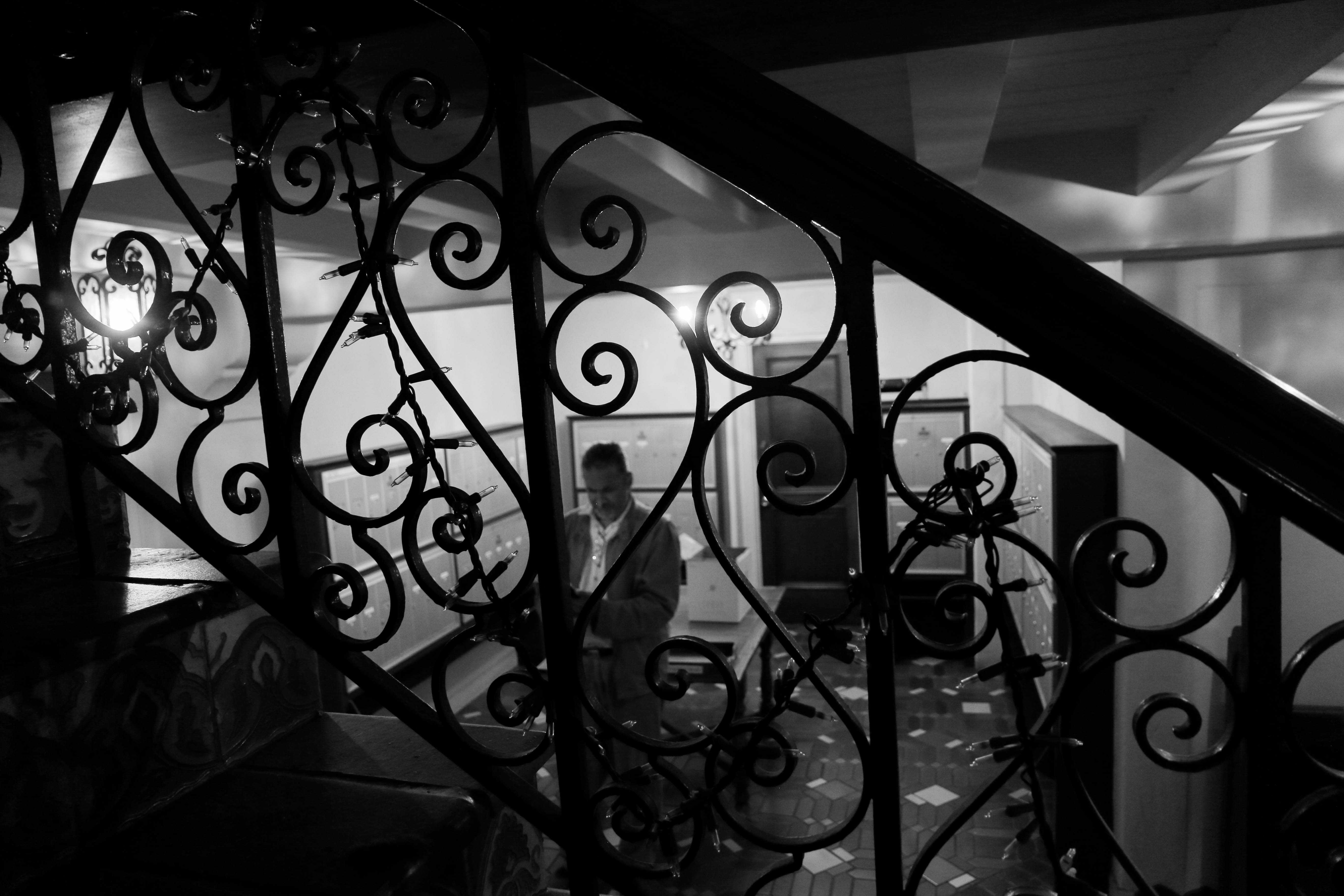