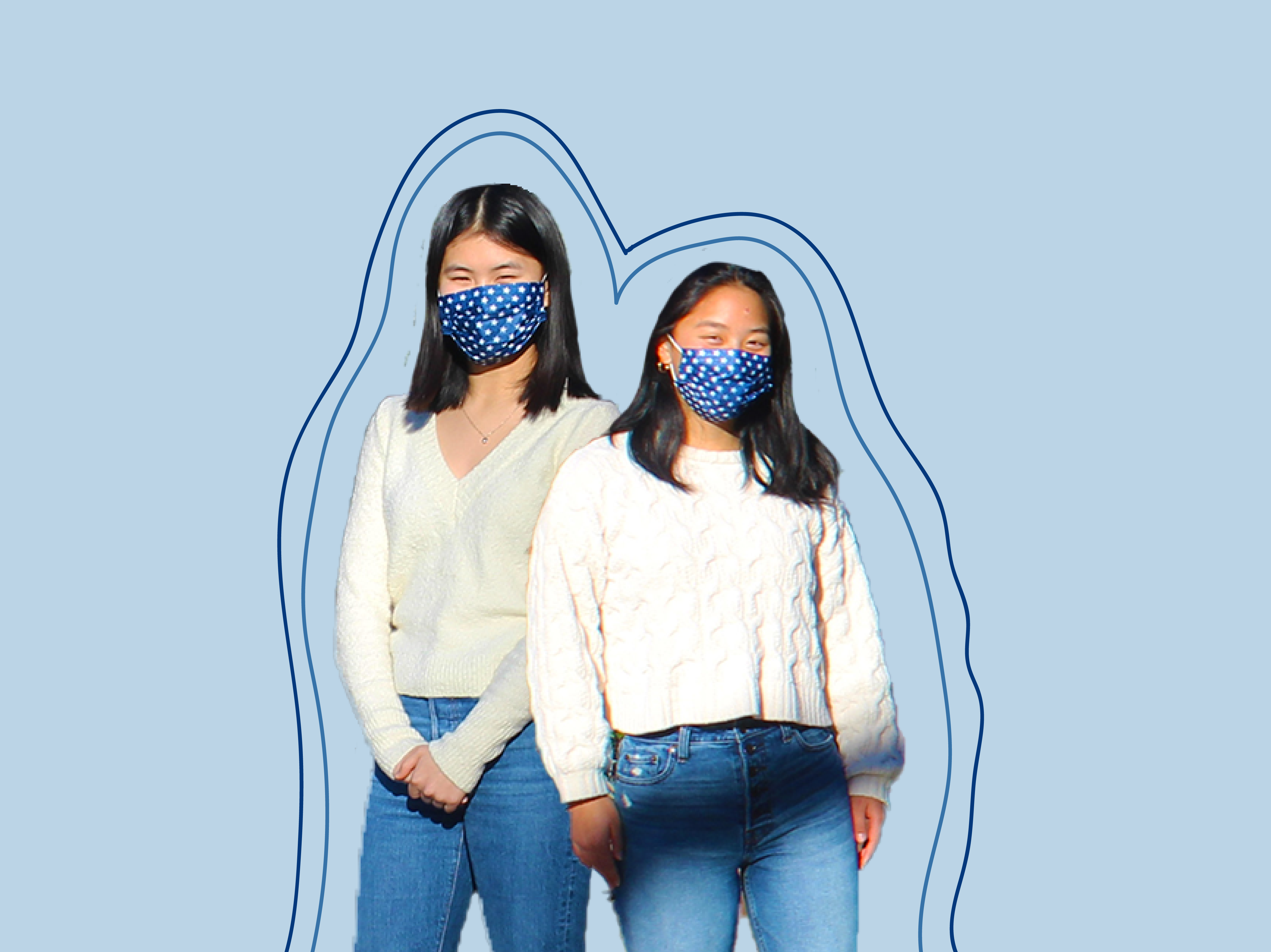 PANDEMIC PASSION — While the COVID-19 pandemic has limited some of the Paly Public Health Club’s opportunities, it has made its founders, juniors Vienna Liu and Sam Yamashita, realize the importance of their work as a club. “Last year we were a little more relaxed,” Yamashita says. “Now we are much more serious about ... teaching our club members and helping everyone spread awareness.” Photo: Audrey Joachim

Honing in on health: Crafting resources for Paly community

“I just remember in freshman year, there were just a ton of fire alarms,” junior Vienna Liu says. “I remember a good amount of them being attributed to vaping, to a point where it was shown to be an issue at Paly. I think that was my first experience with realizing what a public health issue was.”

Motivated by student-centric public health issues like vaping, mental health and sexual safety, Liu and fellow junior Sam Yamashita founded the Palo Alto High School Public Health Club in 2019. Little did they know at the time that less than a year later, the COVID-19 pandemic would dramatically alter the public health landscape.

“It [the pandemic] has just really opened my eyes to how big and how important of a field public health is,” Liu says. “Everything involved with public health, including our goals as a club, is amplified at this time.”

Inspired by the dire need for public health resources, club members are planning a COVID-19-related project for the spring, and hope to do so by teaming up with the Palo Alto Community Fund, an organization that distributes community donations to specialized institutions in and around Palo Alto.

“They [the Community Fund] have done great work with COVID, but also just supporting our community in general,” Yamashita says.

“It [the pandemic] has just really opened my eyes to how big and how important of a field public health is. Everything involved with public health, including our goals as a club, is amplified at this time.”

Last semester, the club focused its efforts on HIV prevention and worked with Stanford pediatrician Geoffrey Hart-Cooper throughout the semester.

“Dr. Hart-Cooper chose to focus on HIV in youth because there is a disproportionately high number of people in our age group who go unprotected, whether it’s just because they’re young or don’t feel like talking about it because of the stigma surrounding STDs,” Liu says.

After learning about HIV and the preventative pill known as PrEP (pre-exposure prophylaxis) during club meetings, Liu and Yamashita worked with club members to create infographics to spread awareness for HIV prevention strategies through social media. The club’s infographics reached thousands of people online through partnerships with the organizations Public Health For You, Teen Health 101 and Public Health Institute.

Despite the pandemic limiting some of the club’s options, the transition to online meetings has opened the door to many others.

“Being online has given us opportunities to have a lot more [guest] speakers,” Liu says. “It has been a lot more accessible for them to just pop into a meeting with us.”

The ability to collaborate with experts like Hart-Cooper, as well as public health specialist Marcia M. Zorilla, has helped the club dive deeper into their areas of focus and work on more long-term projects this semester.

As Liu and Yamashita continue to expand their club, they hope to see more youth engagement in public health issues, especially through participation in local projects and interest in field advancements.

“This [public health] should matter to teenagers as well, not just adults,” Yamashita says. “If we’re thinking about our community in the long run, we [teens] have the most to lose.”