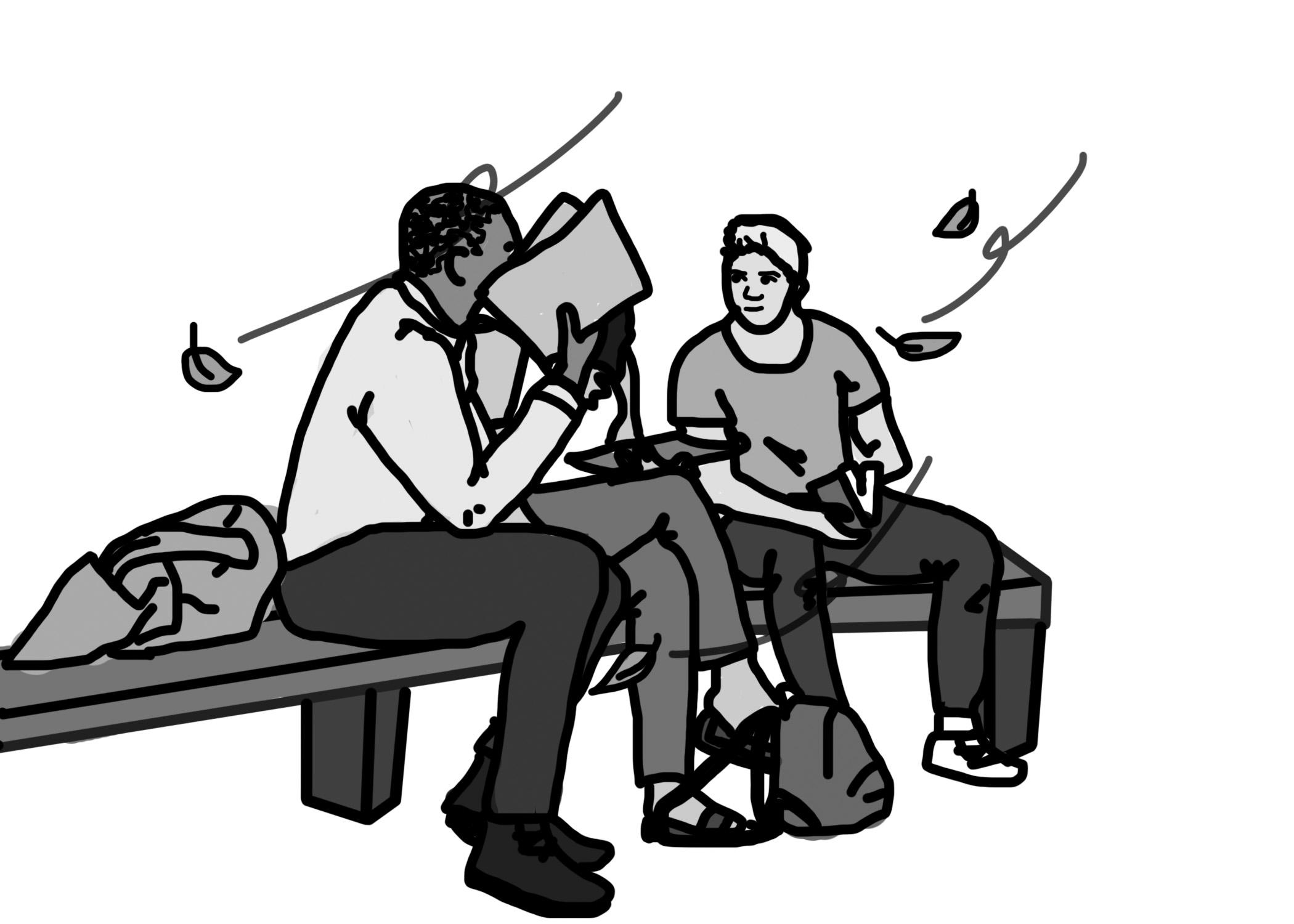 During production for Verde, the Media Arts Center is a very productive workspace that is pleasant enough to make the stress manageable and the work enjoyable. But, when our production ends, I become like the vast majority of the student body: stuck outside.

From early in the morning until the last bell, as well as during flex time on Tuesdays and Thursdays, Paly has many locations for students to study and seek help from their teachers and peers. But stay around after school and you might be surprised by how few resources are available to the general student population. For much of second semester, not a single indoor space on campus was open even an hour after class.

“On Thursdays I have to stay at school until 6:30 p.m., and there are always a couple brave souls attempting to do homework with the wind brushing in their face and blowing their homework away,” says senior Edan Sneh.

“Many people, including me, could benefit from something as simple as leaving the library open a few more hours.”

Additionally, for students who live farther away and/or rely on their parents to give them a ride home at the end of the day.

“My mom works at Juana Briones, and she’s always my ride home at the end of the day, so I need to get my work done at Paly one way or another,” says sophomore Benjamin Estrada. “Sometimes the drive can be up to an hour [and] when I get home, I have chores to do.”

During my freshman and sophomore years (I’m now a senior), I frequently did a huge portion of my after-school work in the now demolished library because it was not only convenient, but also because the library was a great place to converse and seek help from other students studying after school. Back then, the library was constantly open until 5 p.m., and was sometimes open later close to finals.

There has been a recent hire that will allow the library to remain open until 5 p.m. for three days of the week until the end of the year, and all five days of the week starting next year. Additionally, late night finals studying will be reintroduced this semester on the Tuesday and Wednesday of finals week. While these are steps in the right direction, but there is still much room for improvement.

The new library is set to be complete by the second semester of this next year. The design for the new library looks phenomenal. One issue with the MAC at present is the lack of one place that has a good vantage point to see the rest of the building for supervisors. The district is improving greatly upon this with the new library, which has one central desk allowing a superviser to view the whole building through glass windows. With this new space, the district will have an opportunity to have just a single staff member present and allow up to approximately 200 students to study effectively indoors. The district should capitalize on this opportunity and keep the new library open for longer hours, ideally as late as 6 or 6:30 p.m., so that students will have more time to make good use of this state of the art study space.

Of course, keeping this indoor space open wouldn’t be free for the district, and may require putting a greater workload on members of the staff. Librarians and other staff members would have to be paid to supervise for longer hours, and more custodians may have to be hired or reassigned to keep these spaces clean. These costs, however, is well worth the additional productivity that students would be able to attain.