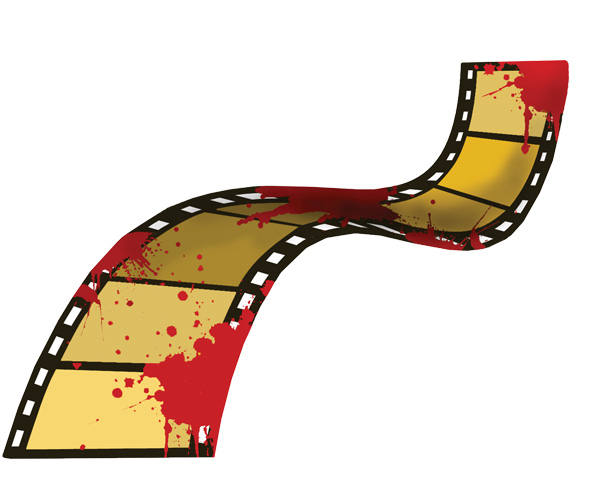 Hold Your Fire: Violence in Movies

Films are sometimes violent and graphic, but we have to remember that they are just that: films.

Blood and gore may not be pretty, but they sure are fun to watch.

Although violence is no joking matter, many of 2012’s top grossing movies, including “Skyfall,” “21 Jump Street,” and “Django Unchained,” feature guns and fight scenes galore. There is no denying that American audiences are amused by violent films.

In the wake of the mass murder in Newtown, Connecticut on Dec. 14, violence in America has been a prime point of discussion. And the question over violent movies has once again been pushed into the spotlight. While violence in movies does not contribute to our safety as a nation, it cannot be blamed for tragic real-life violence.

It should be obvious that one should not act the way people do in violent movies. The media could perhaps do a better job of teaching this. However, everyone is taught that violence is wrong, and the films in question not meant to be viewed by infant children who might believe otherwise. Violent films expressly state that  they are made only for the viewing of specific audiences: the media is not at fault when some ignore these guidelines.

One film that has come under the lash of movie violence puritans is “Django Unchained,” a Quentin Tarantino picture, complete with a trunk shot and a blood bath, in his signature style. The homage to spaghetti westerns, released on Dec. 25, 2012, has received much criticism for its use of language and its violent scenes. In defense of the film, Christopher Waltz, who plays Dr. King in Django, said in a recent interview with CNN that “it is unmistakably fiction. To claim that you could confuse it with reality, is somewhat far-fetched. The really significant and dangerous aspect is the sensationalization of it [violence]. And movies don’t sensationalize. They just tell.”

While I do believe that video games, in which children are handed a virtual gun and are directed to shoot, promote violence, movies and TV shows are different.

These fictional medias work to portray human nature. Violence is very much a part of the human experience. It is a negative aspect of life, but some forms of violence will continue to exist to despite our greatest efforts. Threfore, leaving it out would detract from the movies’  purpose. Movies do showcase violence and death, and may exaggerate at times,but they do not condone it. In Django, blood is drawn and sprayed and thrown around casually. But the killers are not romanticised: in many movies, no character is portrayed as righteous or legendary for murder. If one feels that they are encouraged to commit violence due to movies such as Django, there must be a stronger cause.

According to the United Nations Office of Drugs and Crime, 3.3 people per 100 thousand in the US population were killed by firearm homicide in 2009, compared to 0.3 in India, and 0.2 in the UK during the same year. Violent films are viewed all around the world, but not all countries have the same crime rates.
As a country that considers itself advanced and progressive in social matters, we need to stop the violence.

But perhaps pointing fingers at the film industry is not the right way to go about solving the problem. Protecting ourselves from violence is, rightfully, a primary concern of the American people at this time. However, our energy would be better spent working on better solutions, through political action and safety precautions, rather than discussing the right of moviemakers to express themselves making the movies we love to watch.