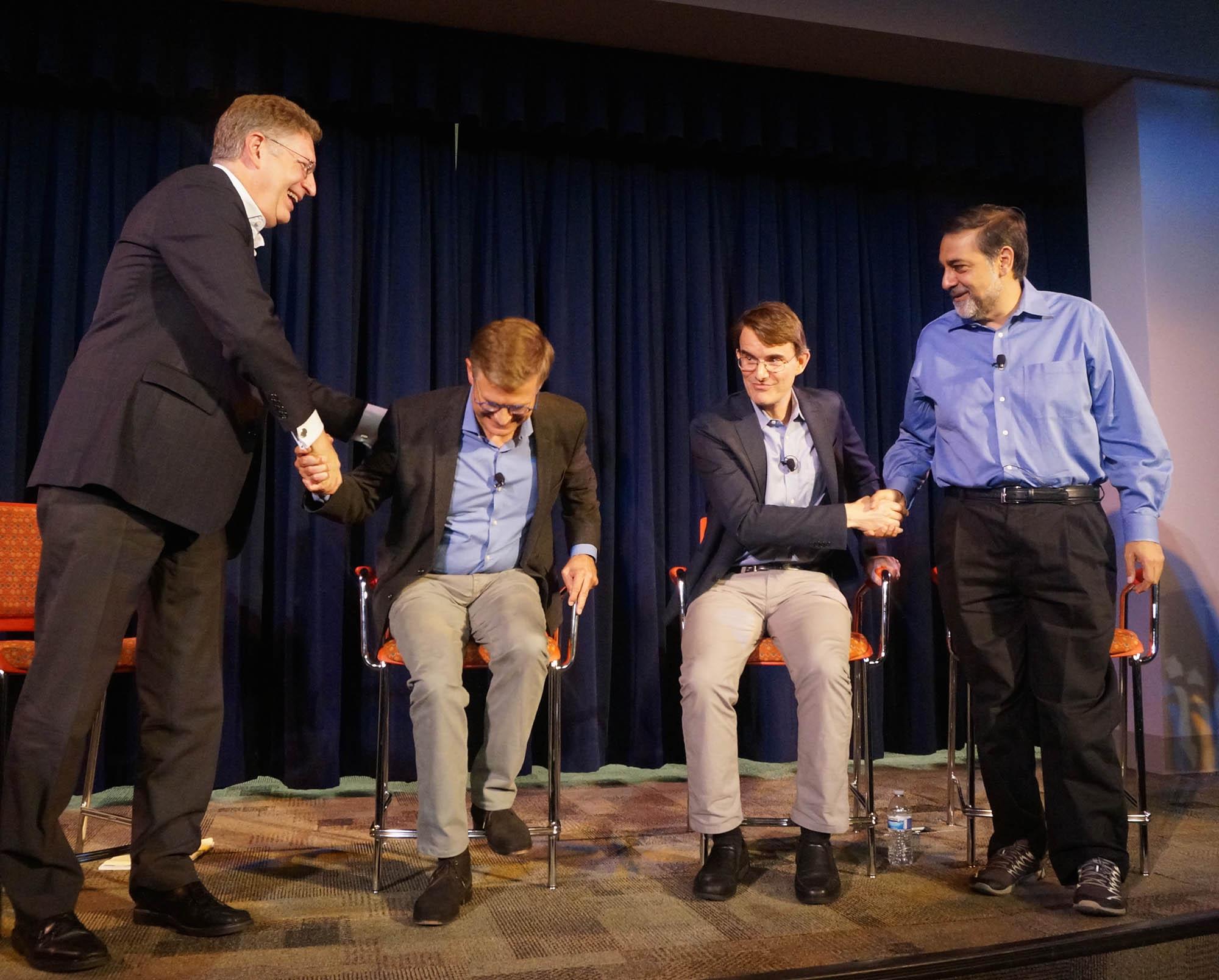 Bigwigs from two of the Bay Area’s largest tech firms played defense last month in the Media Arts Center at Palo Alto High School when a Carnegie Mellon professor attacked them for being “ignorant” before a large audience.

Vivek Wadhwa, professor at Carnegie Mellon University, shared harsh words with Geoffrey Brigham and Peter Stern, senior employees at YouTube and Facebook. Brigham, YouTube’s director of trust and safety, and Stern, Facebook’s head of policy risk management, answered similarly to the question of how to make people, within the United States and outside, better consumers of the news before Wadhwa interjected.

“Can I respectfully say that you are ignorant of the real world?” Wadhwa said, going on to claim that both YouTube’s and Facebook’s policies were too US-centric, and that the tech giants were trying too hard to force Western values and beliefs on users all over the world. He related this point to his recent trip to New Delhi, highlighting the difference in values and motivations of American citizens and small farmers in India.

The discussion occurred during the “Free Speech in the Social Media Era” program on Sept. 14, hosted by the the Newseum, an interactive museum dedicated to journalism in Washington DC. The program was organized by Paly journalism advisor Esther Wojcicki, who is a Newseum trustee.

The panelists took a step towards reconciliation when sharing their visions for a positive future of news on social media. Stern explained the merits of counter arguments, saying, “negative, violent ideas will always be out there. A big part of the solution will be more positive speech” to combat the negativity.

Wadhwa expanded on this idea, saying that as social media becomes available to the world’s masses, it would “bombard them with information that equalizes.”

Brigham agreed, bringing the focus back to the importance of community to the self-regulation of negative ideas, an idea he mentioned several times throughout the night.

Possibly the biggest takeaway for students that night was that many of the most pressing questions regarding free speech and journalism do not have concrete answers yet, and that future journalists would be the ones with the responsibility and potential to resolve these problems. This was highlighted when moderator Jeffrey Herbst, president and CEO of the Newseum, asked the panelists how the increasing militarization of social media could be combatted. The question, which stumped the panelists, was eventually answered by Brigham and Wadhwa.

“We don’t have the answers,” Wadhwa said. “These kids are getting into the most amazing, most scary era of the world.”