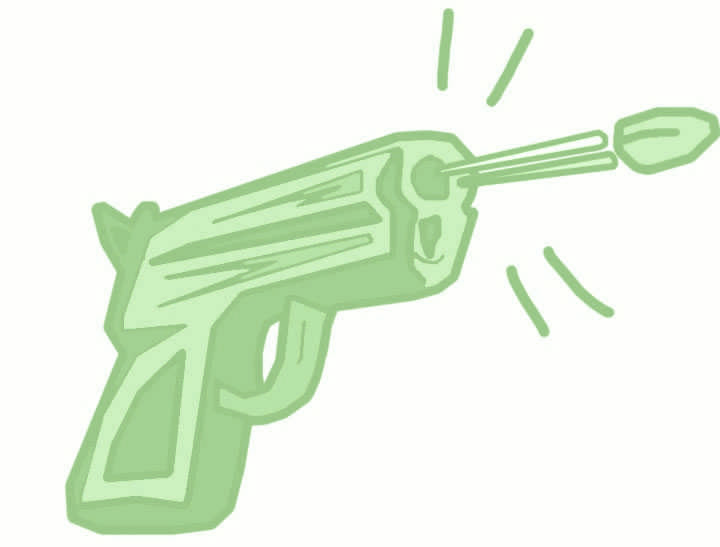 TO MANY AMERICANS, THE TRAGIC MASSACRE IN AURORA, COLORADO THAT OCCURED ON JULY 20, 2012 STANDS AS A SIGN THAT THE RELATIVELY- EASY ACCESS THAT U.S. CITIZENS HAVE TO FIREARMS RESULTS IN HORRENDOUS EFFECTS.

Backed by many other instances — Columbine, Arizona and Virginia — it seems very logical that, by limiting the availability of firearms, the rate of homicides would drop and fewer unanticipated shootings would occur. However, eradicating the means by which an assailant carries out a murder does not remove the motive with which he or she feels driven to kill. There was a little stint in the 20’s where a similar approach was used to control alcohol and that didn’t go so well. As a matter of fact, it exacerbated the conditions that it had been intended to expel.

The sad fact is that violence will still occur even if the government intervenes. To fully understand the net effect of gun-ownership, it is necessary to shoot some holes in the gun-restriction argument.

The reprehensible and unexpected shootings that occur throughout the U.S. every year leave many individuals grief- stricken. Others are left in awe at how something so unimaginably horrendous could occur and, as a result, seek solutions to prevent future occurrences. It is easy to point the finger at guns. However, surrounded by fear and indignation, people are likely to make irrational decisions.

There are too many proponents of gun ownership and gun-law abiding individuals to restrict such rights. As a matter of fact, less than one percent of those who own guns use them for violence. Statistics show that having a gun in the home increases the chances of a homicide taking place. Well, so does a toaster oven, or a knife, or even a pencil for that matter.  Owning a gun does not cause homicides; it just increases the risk of one occurring. Whether taking this risk is necessary should be left up to the owner.

Some individuals in Palo Alto and other upper-class, urban cities (except, of course, all those authentic down-home Southern folks at Shoreline country concerts) most likely have a negative perception of the “stereotypical gun owner” as being a backwards hick.

“I think that the average gun owner is either a deranged lunatic or a gangster looking for trouble,” says an anonymous Palo Alto High School student. However, just like any other hobby, there are a myriad of different individuals comprising the general culture. Many ardent gun supporters purchase firearms to ensure a sense of security.

The Centers for Disease Control reported that in 1990, when gun ownership rose, the murder rate fell. This suggests that most gun owners are responsible with their privileges and do not deserve to lose their constitutional rights due to the actions of the few.

Advocates for increased restriction on gun ownership feel that by limiting the accessibility of weapons such as firearms, gang violence and homicides in centers with heavy gang activity could be lowered. This statement goes with the assumption that gang members with weapons are registered to own firearms-which is not the case. Even if the purchasing of firearms was made more difficult, undetected circulation could continue, giving the criminal the upper hand.

“Criminals are able to obtain guns through illegal means,” Palo Alto High School senior Mason Haverstock says. “This is because guns are traceable and if we were to make gun laws more strict, especially in California, then the criminals would have an even greater advantage over the average law-abiding citizen. Why then, would it make sense to tighten gun laws in California?”

However, some amount of precautionary measures could be necessary and would be beneficial in keeping firearms out of the wrong hands. Advocates for harsher gun laws should focus their energy on limiting illegal fire-arms trafficking and developing a more extensive way in which to assess the mental well-being of an individual purchasing a gun for the first time.

It is understandable that after life-altering tragedies one would push for extreme reform. However, restricting or irradicating firearms is a shot in the dark that could prove to do more harm than good.   V