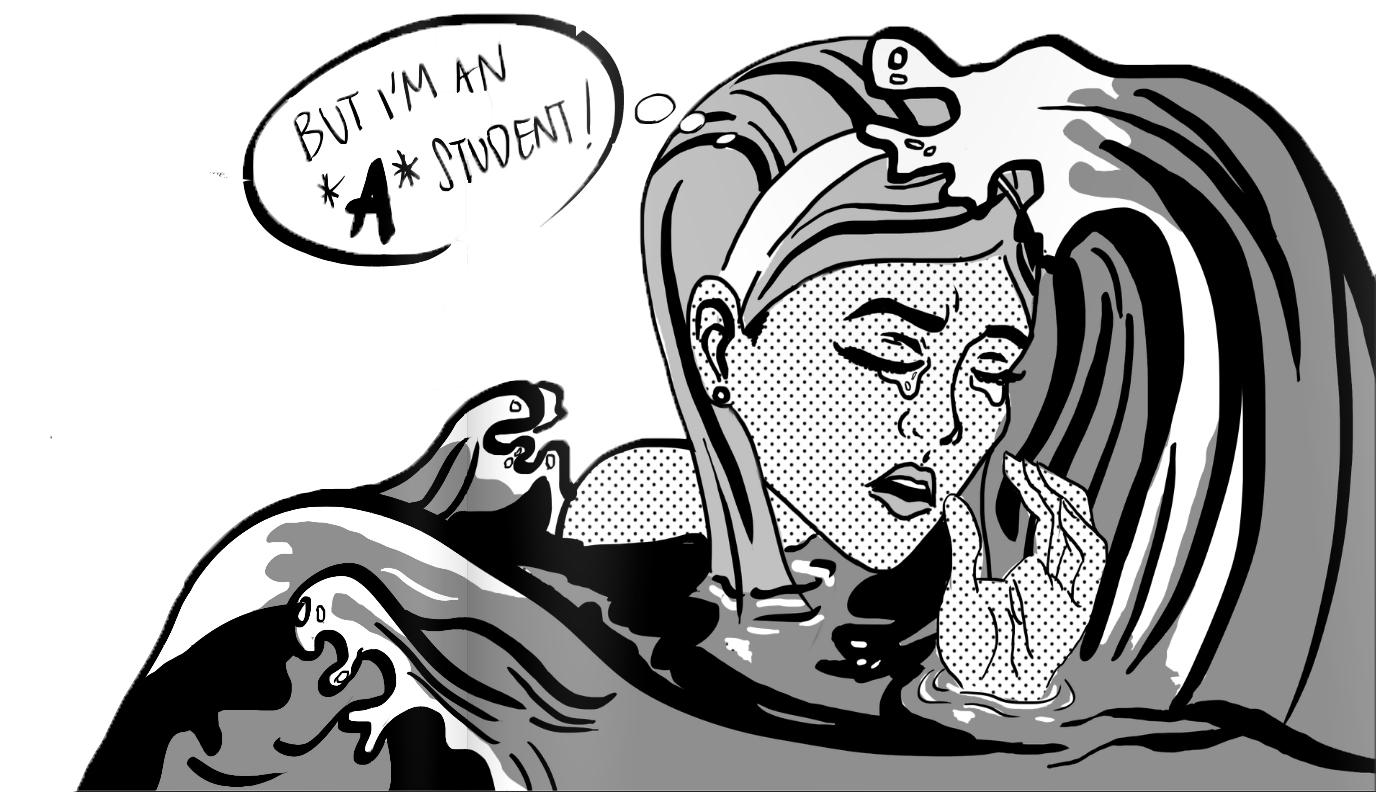 “He just doesn’t like me. He’ll never give me an A in his class.”
This statement is a common example of “gradebook retribution,” or the belief that a teacher’s personal opinions about students — especially negative opinions — are reflected in the gradebook. The idea that this occurs is pervasive among students, but teachers say it’s a myth. Even if it is a myth, it is a destructive one — leading to a culture where students are afraid of voicing negative feedback. In a Verde survey of 143 students in English classes across all grades, 72.9 percent of Palo Alto High School students expressed concerns that voicing negative feedback to teachers could negatively impact their grade, while 93.2 percent of students said they do not express negative feedback to their teachers.

For students such as junior Samarth Venkatasubramaniam, the assumption of biased teaching leads to a fear of being disliked by a teacher because of voicing negative feedback.

“I feel like a teacher’s dislike for students spreads across the department,” Venkatasubramaniam says. “At some point, you need to start worrying about teachers liking you because letters of recommendation become a concern. I don’t think it really concerns grading unless it’s a subjective class, like English.”

In the main office, this fear is evident in students’ and parents’ use of anonymous tips as a “safe” means of voicing concerns about teachers which often include worries of bias and unfair grading. They come in the form of address-free emails and un- known calls. As the coordinator of the teacher advisor program, Ann Deggelman is on the receiving end of such anonymous tips, which have become her “pet peeve.”

“Really, we can’t do anything,” Deggelman says. “Especially when we don’t know where the complaints are coming from.”

Teachers do not believe the notion that a teacher will retaliate against negative student feedback.

This fear of retribution gets in the way of addressing other concerns, such as classes moving too fast, or students having difficulty material.

“I’ve never seen it,” says English Department Instructional Supervisor Shirley Tokheim. “We’re all about the students. That’s an unfounded fear… Our job is to help the
students and get feedback from parents. I can’t imagine any teachers on campus that would turn it into an impact on the grade. That’s a big misconception.”

Craig Bark, Reading Between the Lines and ninth grade English teacher, believes the truth behind teacher retribution is more elusive.

“I’m sure it exists… I’ve just not really had to deal with that and come across it much,” Bark says. “I hear about it in surveys, I’ve seen it in Western Accreditation of Schools and Colleges surveys from parents and students, but I just haven’t seen it personally.”

Teachers say their main concern is student well-being. According to Bark, a teacher’s main objective is to establish trust between teacher and student.

“My first goal is to establish the understanding that I am here for them and that they can trust and feel safe in here to argue with me,” Bark says. “I’m here to help you learn how to take criticism that is meant to be for improvement, not for punitive measures. I’m not here to punish kids in any way. That’s not my job.”

Bark says that part of establishing such trust is adjusting his teaching methods to best suit students on an individual basis because different students have different needs. This is not bias, but good teaching.

“We’re just people trying to work with each other. You might not bend the rules for a particular student, but you’ll talk differently with them,” Bark says. “You’re still doing the work, you’re still doing everything, it’s just about being a people person. You still have the same rules, though. Same rules, same expectations.”

“I would like to buy into an academic world where teachers are professional enough that that is not an issue,” Carlson says. “The grading system is set up so that a teacher cannot do that. I think it’s a pretty ignorant and arrogant statement to say that a teacher is grading your work more harshly just from a vengeance.”

Like Carlson, Sylvia Targ feels no fear of retribution and does not hesitate to approach teachers with all sorts of feedback, including corrections.

“I’m not afraid of retribution,” Targ says. “I trust my teachers, that’s a different thing than liking all of my teachers. I trust my teachers to be honest. I know that they have students’ best interests at heart and that they will do all that they can to ensure we are educated accurately and with compassion.”

As Bark says, “We need to respect each other and learn to work with each other. We’re people.”

***The student poll results collected for this issue are from a survey administered in Palo Alto High School English classes over the course of several days in January 2016. Eight English classes were randomly selected, and 147 responses were collected. The surveys were completed online, and responses were anonymous. With 95 percent confidence, the results for the questions related to this story are accurate within a margin of error of 7.81 percent.