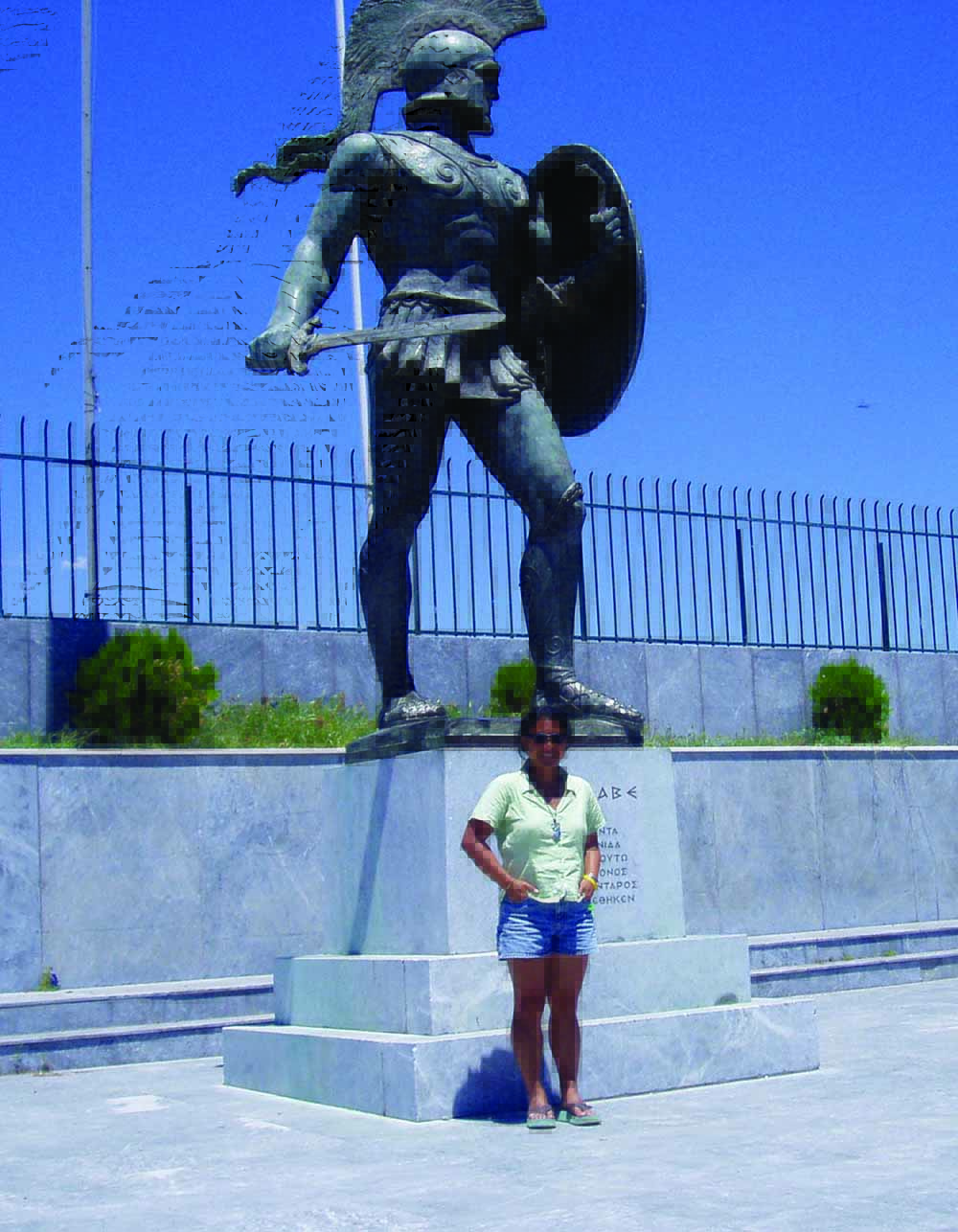 IN A DELICATE WOODEN frame, a photograph of Mary Sano with a mountain gorilla sits on her desk in the Palo Alto High School Social Sciences Department. Her love for animals led her to the no-longer-existing country of Zaire in central Africa, where she followed a guide step by step as she trekked through mountains to see an endangered gorilla species before it was too late.

Zaire is just one of many places Sano has travelled to. Others include Greece, Japan, Singapore, New Zealand, Turkey, Australia and Thailand. Her adventures began after her sophomore year of college, when Sano dropped out of school. Though she later returned to finish school, this time gave her the chance to learn more about herself.

“I wasn’t there for the right reasons,”Sano says. “[After I dropped out was] when I really started travelling. I’d come back and I’d work a lot and make money, and then go travel for six months.”

Sano has been able to follow her passions throughout a lifetime of travel. “My first academic love was classics—Greek literature and history—so that was my inspiration to go to Greece,” Sano says.

After a year living  in Athens and studying modern Greek, Sano felt at home and even considered gaining Greek citizenship.

As a young adult travelling the world by herself, Sano says she felt fearless.

“When you are at that stage of your life, you feel kind of invincible,” she says.

Her determination led her not only to popular tourist destinations, but also to places less visited.

“Syria was a very spur-of-the-moment thing, based off a photograph I saw,” Sano says.

The photograph  of an old, silk road city appeared in the travel section of the New York Times, and drove Sano to board a plane to in Damascus, Syria in 1997. Riding local buses, Sano travelled across the country to Homs, Hama, Palmyra and Aleppo, each one expanding her fascination for the culture.

“I was attracted to Palmyra because it’s an oasis and a Silk Road town with fantastic ruins,” Sano says. “Aleppo was a vibrant city in the northern part of the country ­— it had a huge covered market and a lively, friendly vibe. We met some people there and had dinner with them several times.”

With the destruction caused by the Syrian Civil War, Sano reflects on her trip with a sense of sadness on the

“I often think about the people we met and wonder if they have survived or maybe fled the country and are refugees,” Sano says.

“Things can be learned close to home that are totally out of your comfort zone, out of your knowledge and understanding. You don’t have to go far.”

Formerly a Jordan Middle School ancient history teacher, Sano now teaches Contemporary World History. Throughout her teaching career, she continues to use stories to bring her travel experiences into the classroom to enhance students’ passion for history.

“I am hopeful that for my kids it is helpful to tell stories, show photos, and make connections to a place that they’re studying to help to bring it alive,” Sano says. “It would make way more of a difference if we could take field trips to all those places, but at least it’s helpful for kids to make a real connection to the place.”

Despite having travelled across oceans, Sano said she believes valuable lessons can be learned without going far.

“Travel and being exposed to new places is really important to me, but that doesn’t have to mean getting on a plane,” Sano says. “I love exploring right here in the Bay Area. … Things can be learned close to home that are totally out of your comfort zone, out of your knowledge and understanding. You don’t have to go too far.” v