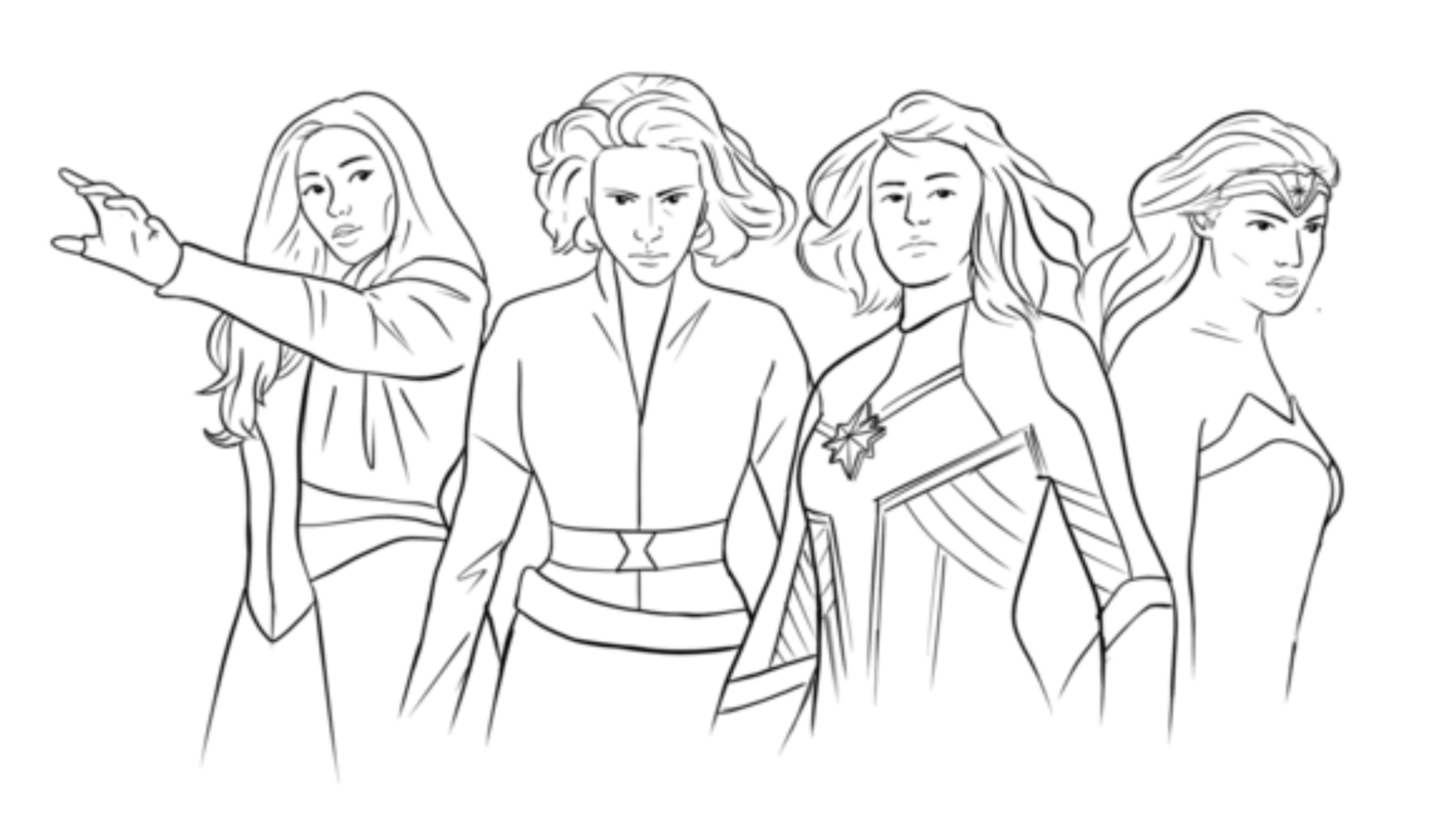 Girl power: The problem with superheroines in film

A young Wonder Woman runs through the lush green forests of her homeland in order to make it in time for an intense athletic competition with her fellow Amazonian warriors. Though the youngest one in the competition, she quickly takes the lead, as the game ends in a high speed horse race. She flashes across the screen, working hard to take her place among the Amazons. This scene from Wonder Woman 1984 is one example of female power and superheroism portrayed in the film.

With the December 2020 and January 2021 releases of both “Wonder Woman 1984” and the “WandaVision” series, respectively, the strong female superheroes of our generation are beginning to receive the film and television representation their male counterparts have had since the late 1970s.

Some of the more recent films to star a female lead as the featured superhero are “Wonder Woman,” “Wonder Woman 1984,” “Captain Marvel” and “WandaVision,” while the upcoming “Black Widow” will be released on May 7. Many of these films have received mixed reviews from fans and critics alike, raising the question of whether the scrutiny was a product of misogyny or the actual quality of the film. If it was the latter, why are these female-led superhero movies so often written more poorly than male-led ones?

“I think they [female heroes] are not given as much representation, which isn’t fair.”

Though the original “Wonder Woman” (2017) received mostly positive reviews, its sequel, “Wonder Woman 1984” (2020), scored only a 60% on Rotten Tomatoes and was met with an onslaught of criticism. Reviewers labeled it chaotic and complained it was only able to keep its audience entertained through escapism rather than deeper positive qualities. “Captain Marvel,” released in 2017, also faced large amounts of backlash, particularly from fans of the Marvel Cinematic Universe. Many felt like her movie was lackluster in comparison to other Marvel movies.

Why do these poorly written stories so often fall to the female superheroes while the men garner support from their fans with fantastic storylines of adventure, bravery and victory? The elements are all there for the movies of their female counterparts, including exciting action sequences and romantic love interests. But the plot often falls flat, opening the door for misogynistic viewers to place blame on the leading woman, rather than the creatives, directors and story writers.

“I think they are not given as much representation, which isn’t fair,” De Martel said. “They’re also not as iconic as the male superheroes.”

Even when women have the chance to represent a strong, leading superhero on the big screen, the often oversexualized and impractical costumes make it difficult for audiences to take these characters seriously.

Wonder Woman wears a short, revealing skirt with a tight metal corset that seems impossible to actually move in. In “Catwoman,” Halle Berry dons skin-tight leather catsuits that were clearly designed to place every curve of her body on display. These costumes are yet another example of how women superheroes aren’t given the respect they deserve.

The film industry has to do better at creating roles to combat gender stereotypes and writing stories that make us love and believe in a female superhero.