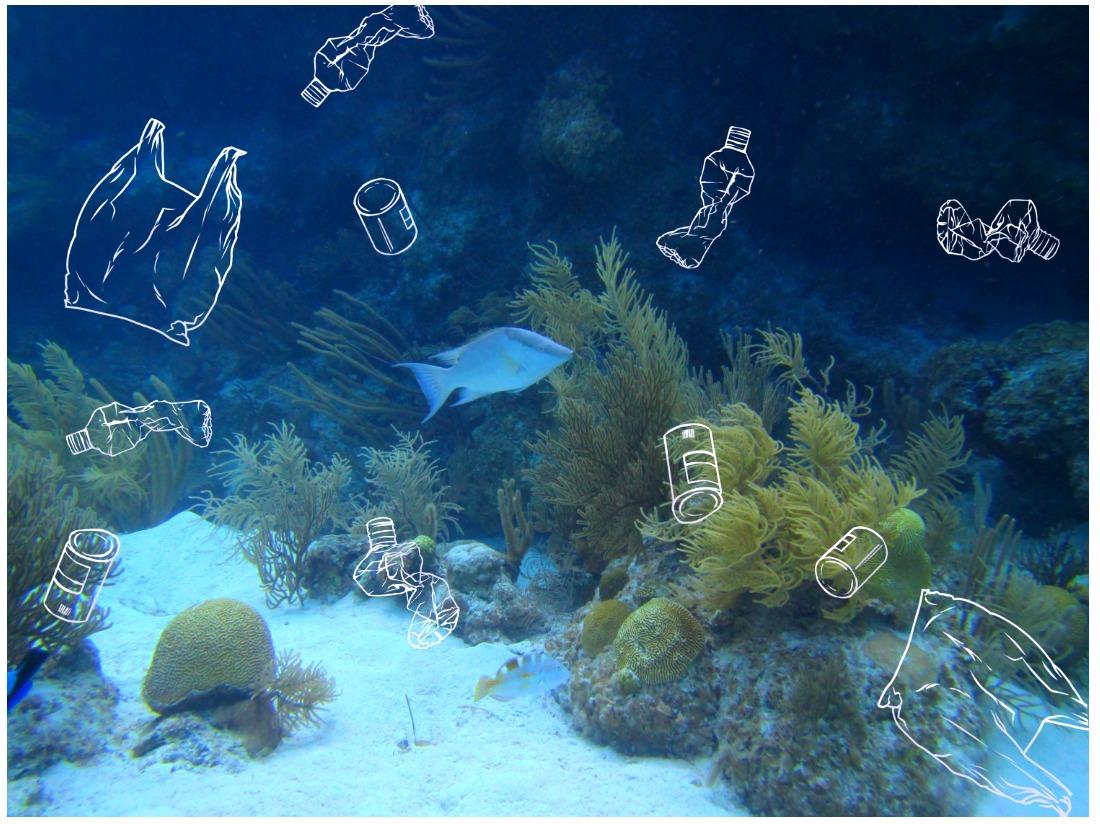 Garbage Bin or Garden: Fishing from an ocean we treat like garbage

I have heard the scraping sound of tiny fish eating the algae from green sea turtles’ shells, and I have seen the majesty of a spotted eagle ray soaring through the water.

I have also seen glass bottles at the bottom of the ocean and bleached corals dying when the heat of the water is too much for the micro algae that live inside them, sustaining them.

At one time, the oceans seemed endless both in bounty and capacity for human detritus. It once seemed as if any amount of fish could be reaped from the ocean or that the ocean would absorb any amount of garbage we threw into it.

Yet in this case, humanity has failed to realize its mistakes without making them first, and we now are left with an ocean that has floating garbage patches the size of Manhattan, increasing temperatures, and acidifying water.

These pressures are destroying ocean ecosystems from the inside out at the same time that overfishing unbalances ecological communities from the outside in.

It is not sustainable to continue to expect the ocean to provide humanity with the resources it has supplied for millenia without first protecting the ocean’s health.

Inevitably, wind and waterways carry a large amount of the plastic we generate into the sea. There, the sun breaks it down into little bite-sized pieces that look like delectable morsels to hungry fish. As those fish are eaten by larger fish and so forth, toxins from the plastic are eventually consumed by the oceans’ top predators — humans.

Incredibly, 23 percent of individual fish and 67 percent of species of seafood sold in the United States contain anthropogenic (man-made) debris according to a study done by researchers at the University of California, Davis.

Somehow, we have filled the oceans with so much toxic plastic that not even 360 million square kilometers of ocean surface can put enough distance between our garbage and the fish we eat. We can’t expect the ocean to be our garbage can and our garden.

Human CO2 emissions have not only affected the oceans by increasing their temperature, but CO2 dissolved in water also forms carbonic acid. This carbonic acid interferes with the ability of shellfish to produce sturdy shells. In a study conducted by the National Oceanic and Atmospheric Administration, researchers found that ocean acidification is harmful to larval dungeness crab, leaving them vulnerable to predation before they are mature. For California’s fishermen, who harvested $83 million in dungeness crab in 2016 according to the California Department of Fish and Wildlife, this is bad news.

Organisms are being forced to adapt to changing water chemistry, and many are dying from uninhabitable conditions. Overfishing compounds this problem when humans take so much from the ocean that populations cannot recover. Over 30 percent of fisheries are overfished, according to the Food and Agriculture Organization of the United Nations. When fish are taken in large numbers, marine predators’ food sources are reduced — yet another challenge these underwater communities cannot face. Since fish account for 6.7 percent of human protein consumption according to the FAO, the preservation of ocean ecosystems is key.

In today’s society, the disconnect between food sources and the table is wider than ever. For a resource so rich in biodiversity and majesty, we treat the ocean with far too little respect. Do our future selves a favor and only eat seafood that comes from a sustainable source. Reduce plastic consumption and vehicular carbon emissions to improve water conditions.