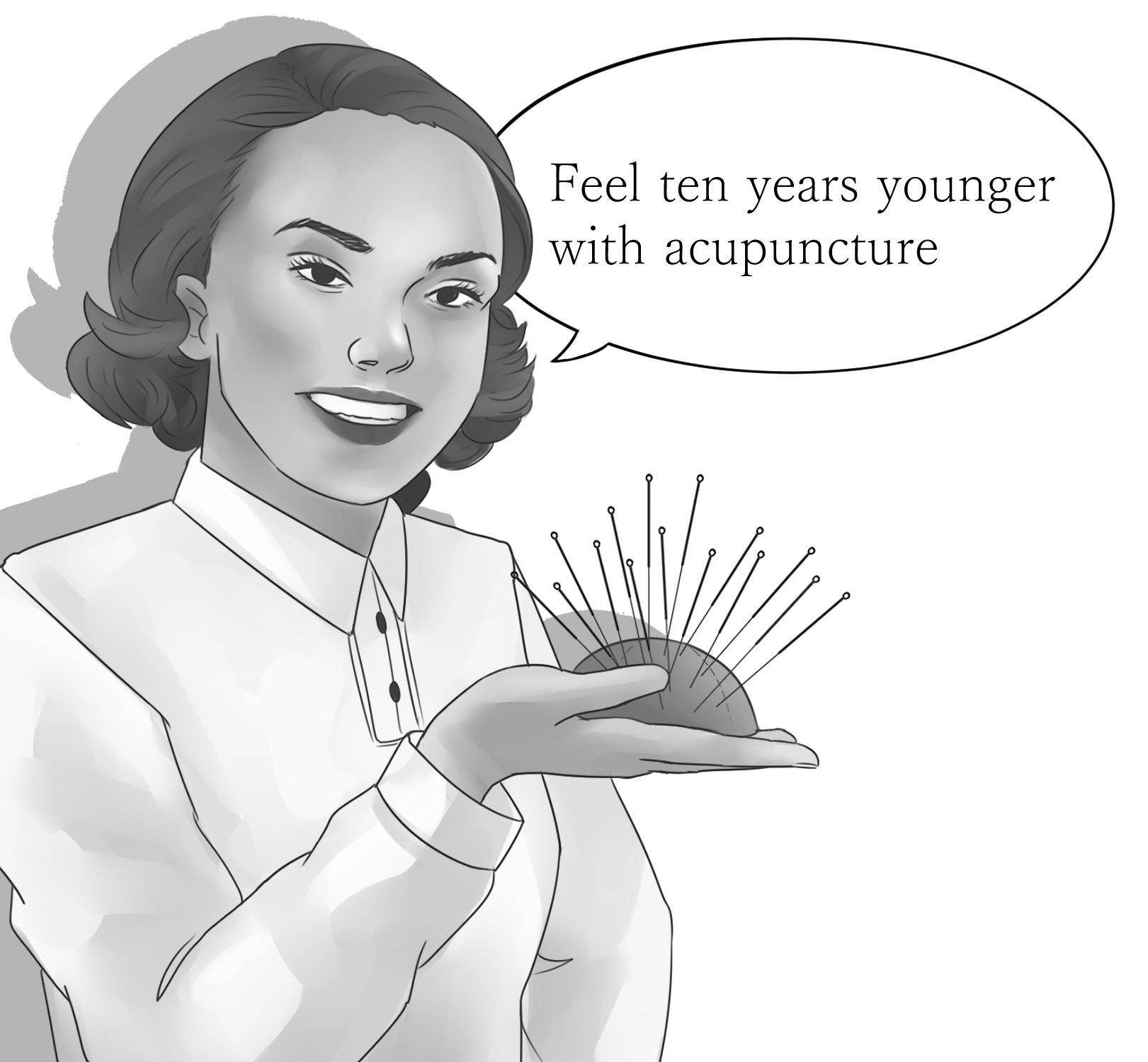 In the quiet waiting room of Quli Zhou’s clinic in Fremont, patients flip through pamphlets about Eastern medicine. The warm sun shines through the windows and bounces off of the wooden tables. Along the walls are dozens of cards that depict the beaming faces of families with newborn babies. Inside these cards are the stories of the families gratefully thanking Zhou for her fertility treatments. The miraculous stories of Zhou’s Eastern medicine treatments of the clinic continue beyond the “thank you” cards, fertility and the clinic itself.

The Bay Area, in its typically innovative fashion, continues to expand its horizons to include Eastern medicine as a frequent practice. Eastern medicine has begun to weave its way into Palo Alto and has created a microculture within Palo Alto High School as it becomes more commonly used.

“I had numerous injuries from when I was playing competitive badminton starting from 2007 to 2012,” sophomore Stephanie Yu says. “Through my sports injuries, I have had quite a lot of experience with both Western and Eastern medicine. The Western doctor is more intent on treating the current effects of the current problem, but the Chinese doctor looks a little deeper and looks for a long-term treatment.”

After experimenting with Eastern medicine, Yu believes that it has affected her life in a positive way.

“It has definitely broadened my perspective concerning types of medicine and treatment,” Yu says.

Besides acupuncture, Yu has also used other types of Eastern medicine for her athletic injuries. One of these treatments includes tuina, massage often used in conjunction with acupuncture, and cupping.

Similarily, Julia Doubson, a sophomore at Paly, resorts to eastern medicine to treat her injuries from running and gymnastics.

“I had foot pain this last year and I also used to use acupuncture when I had joint pain during gymnastics,” Doubson says. “I use it because it’s an effective treatment for injuries that don’t go away otherwise.”

According to the National Center for Complementary and Integrative Health, the use of acupuncture and other types of Eastern medicine are all on a positive linear path of growth. In a survey conducted in 2012, approximately 40 percent of U.S. adults aged 18 years and over and approximately 12 percent of children used some form of health approach that does not involve Western medicine.

The increase in statistics and what Zhou sees happening in the Bay Area, especially in Palo Alto, may correlate to Eastern medicine clinics that have been opening up in Palo Alto and the surrounding area, such as Spring Advanced Acupuncture.

“Palo Alto is a prestigious city and its residents are among the most educated in the country,” says Eliza Yen, a co-founder of Spring Advanced Acupuncture.  “People in the city are extremely aware of the healthiness of their diet and lifestyle which is why I am starting up this clinic: to put supplies and demands in a perfect way.”

Reflecting on her 24 years of international clinical experience, Zhou, an acupuncturist at Eternal Health and Wellness in Fremont, has seen a doubling in Eastern medicinal usage in the past 10 years.

“People are more aware about the side effects of chemicals and drugs,” Zhou says. “Instead, they prefer natural methods. Acupuncture is one of the major choices that can benefit them.”

In Chinese medicine, specific points on the body are located to address certain health problems. These spots are called ‘meridians,’ and they are believed to be pathways that Qi (chee), or life force, flows through.

“The entire body is covered with meridians … This channel covers our whole body so we will identify which meridians are blocked,” Zhou says. “When someone has a headache, sometimes we use the needles on the foot because the headache is due to energy blocking in the liver.”

Another benefit many practitioners of eastern medicine cite is the fact that it has almost no side effects. “It [Eastern medicine] is natural, and it doesn’t use chemicals,” says Zhou. “So all the procedures, including acupuncture, herbal medicine and tai chi, are all natural. Chinese medicine also looks for the root cause of the problem … It’s not like aspirin or tylenol. You take it, good, if you don’t [continue to] take it, it comes back.” 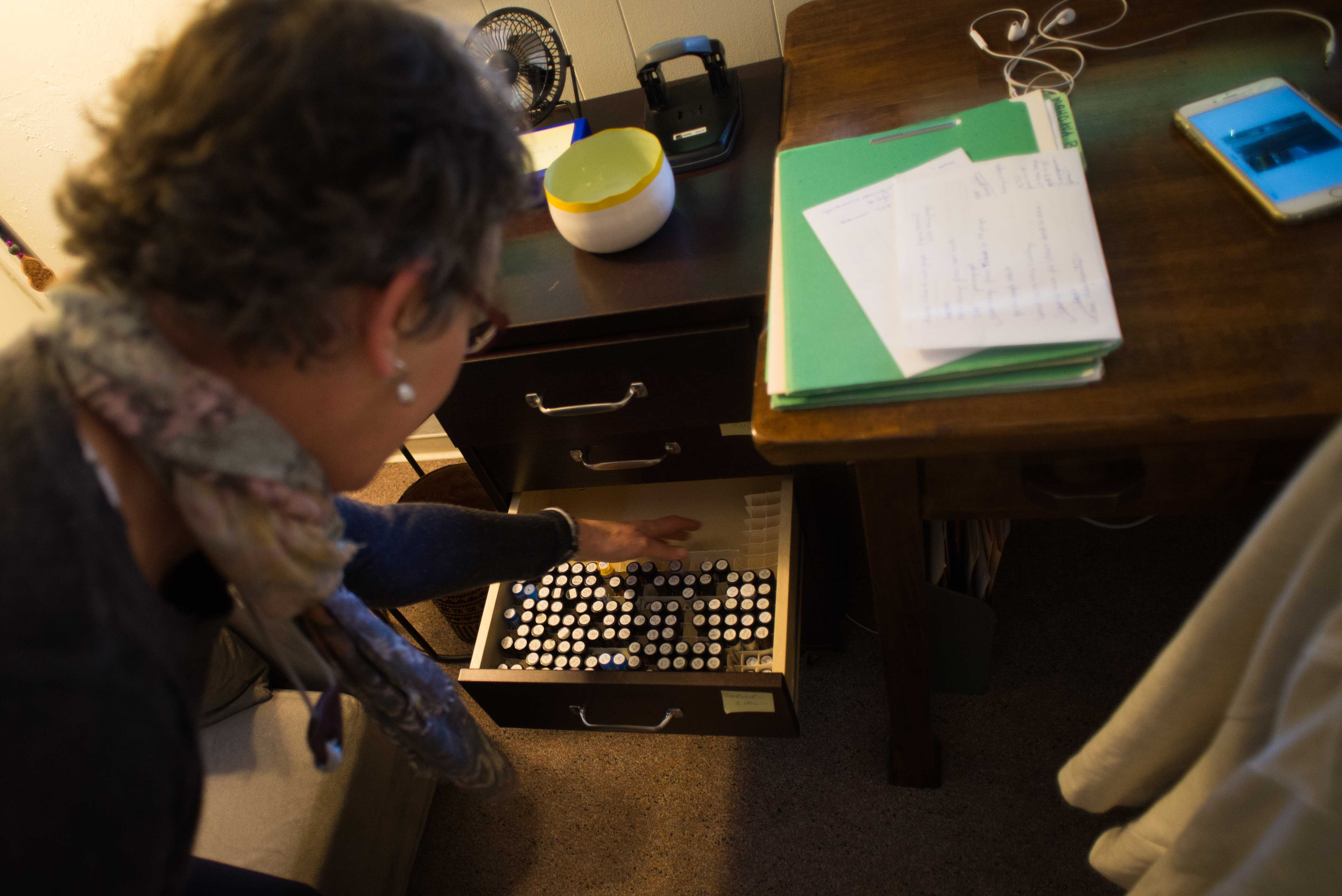 While Chinese medicine plays a sizable role in Eastern medicine, there is an entire spectrum of alternative treatments that Chinese medicine does not cover. Homeopathy is the treatment of disease by minute doses of natural substances that, in a healthy person, would produce symptoms of disease.

Although homeopathy doesn’t originate from Asia, its philosophies and treatments are intertwined. Often, patients who seek Eastern medicinal treatments turn to Chinese medicine and homeopathy. Many South Asians, such as Indians, utilize homeopathy as well.

“The philosophy [of homeopathy] is very much the same in both Eastern medicine and homeopathy in that you’re looking at the body as a single organism,” says Lisette Narragon, a homeopath at Bay Area Homeopathy. “So you recognize that everything is connected to everything else and that the emotions influence the physical body, what happens in life can cause illness depending on how you deal with it.”

Just like with acupuncture and tai chi, there are essentially no side effects. “What a side effect really is, is the body’s response to the medicine,” Narragon says.  “So it’s [Western medicinal side effects] creating a new disease you didn’t have before …  it’s a new disease in a way. This doesn’t happen with holistic medicine because you’re treating the whole body, you’re ot just treating one specific symptom of the body you’re looking at everything about it.”

The local customers that seek treatment in Eastern medicinal clinics are extremely diverse.

“I love the multiculturalism,” Zhou says. “The Bay Area has quite a lot [of customers seeking Eastern medicine], so people are very open-minded and love to be here.”