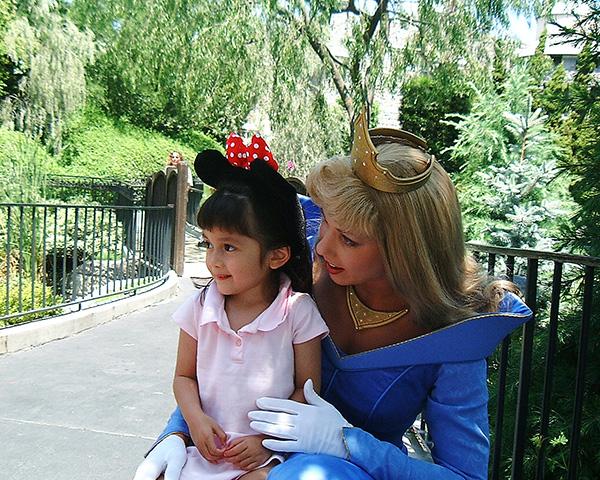 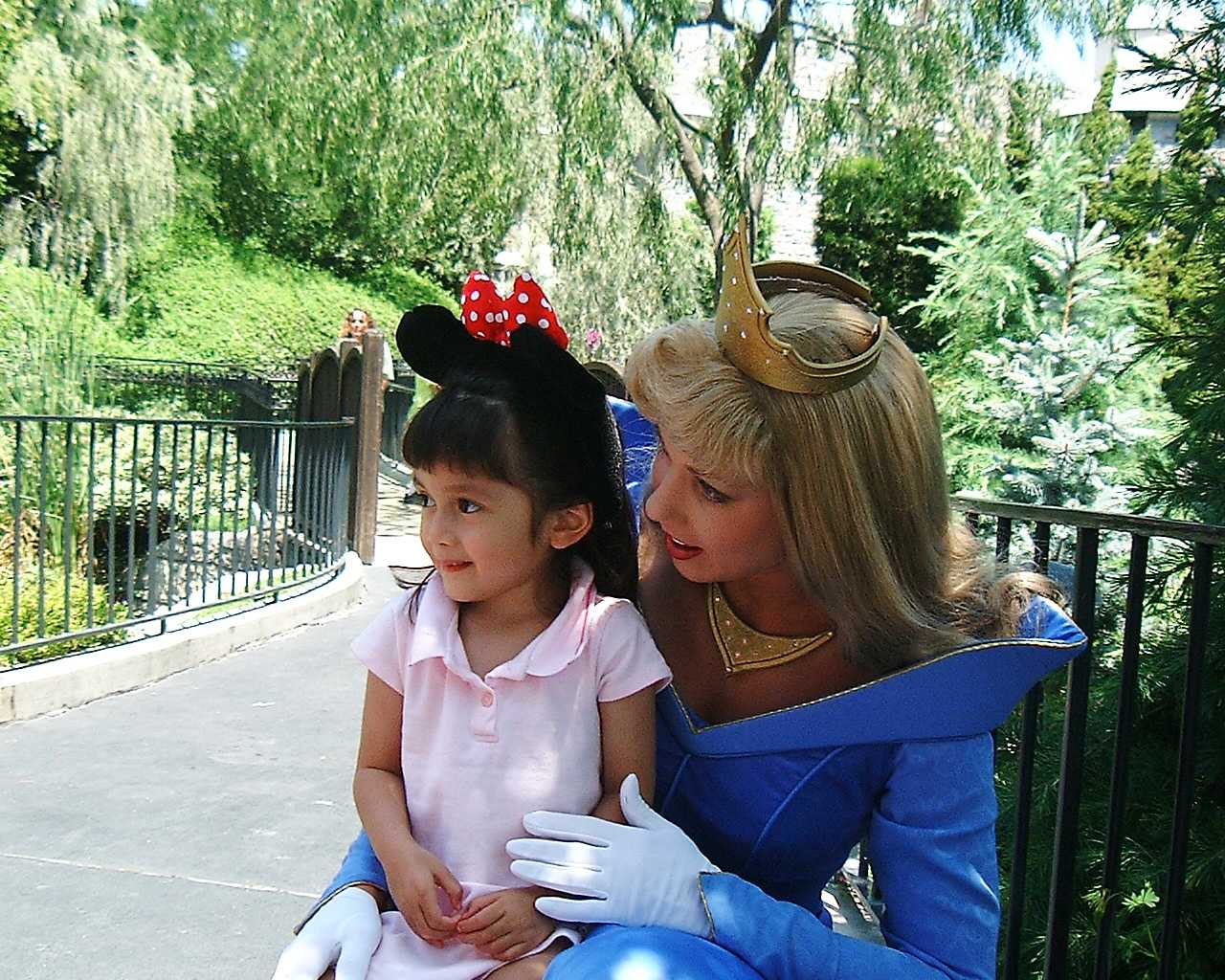 I get acquainted with my then-hero, Sleeping Beauty, on a trip to Disneyland in 2002. Photo by Ron Ablaza. 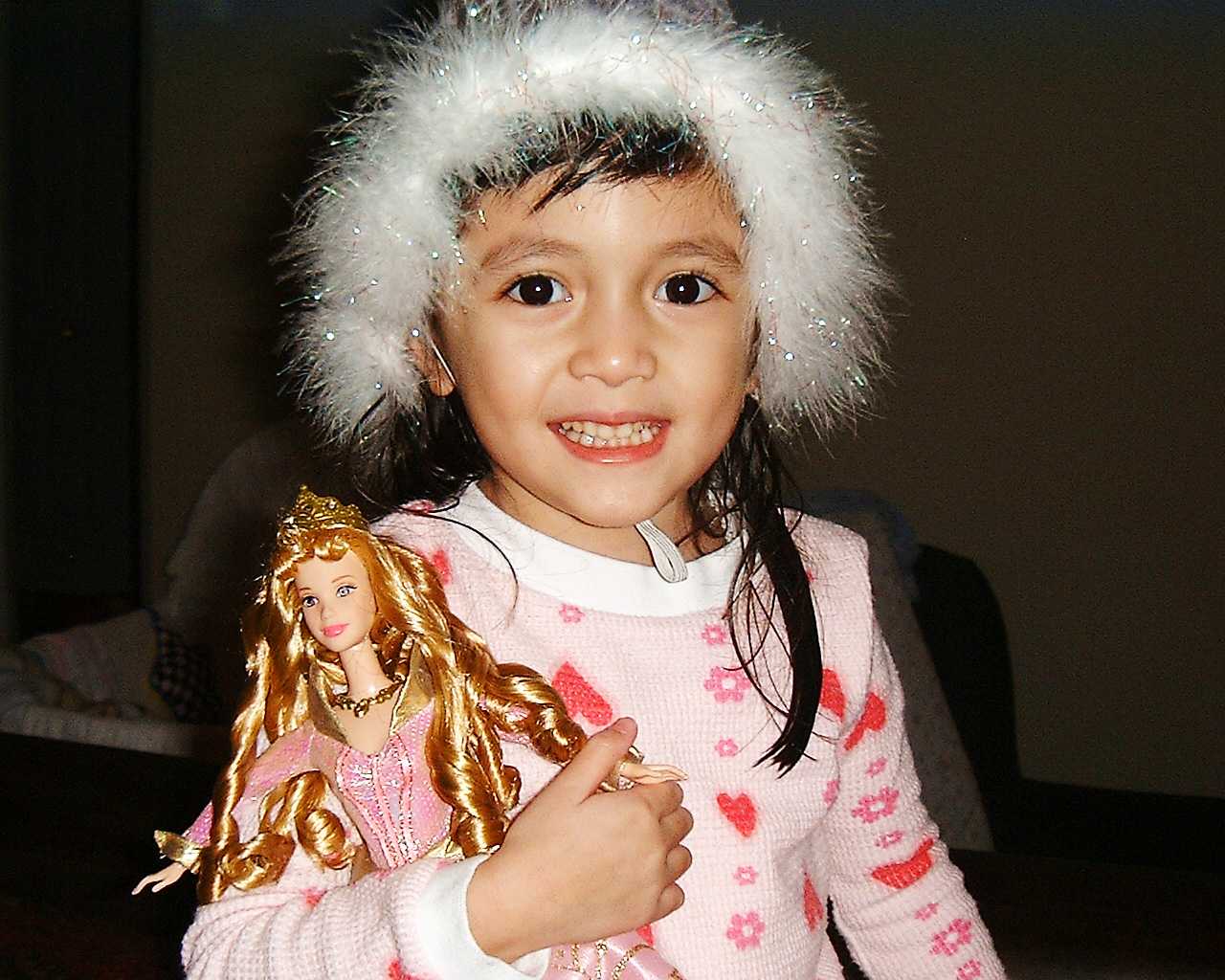 Despite my strange obsession with miniature representations of the Aryan race, my mom was determined to get my sister and me to appreciate our Mexican heritage from a young age. Photo by Ron Ablaza.

I was on winter vacation in the Philippines when I heard the word for the first time, uttered almost reverently by a vendor in a Manila marketplace.

My mom is half Mexican, half Eastern-European and my dad is Filipino. That leaves me half Filipina, a quarter Latina and a quarter Caucasian.

In other words, I’m not just biracial; I’m triracial: Asian, Mexican and white.

My understanding of my identity as it relates to my interracial background has evolved dramatically over the years. I frequently get asked, “So what ARE you?” Answering that question in a literal sense by rattling off “one-half-Filipino-a-quarter-Mexican-and-a-quarter-white” all in one breath isn’t the hard part (I assure you, I’m well-rehearsed by now). The hard part is figuring out which group I actually belong to, and deciding which race, ethnicity and culture I actually fit in with.

When I was little, my mom tried to get me hooked on non-white Barbie dolls, such as Pocahontas and Jasmine, but it was to no avail. I had an infatuation with Sleeping Beauty, because she possessed blond hair and blue eyes — the features I lacked and desperately wanted as an impressionable 4-year-old girl.

Despite my strange obsession with miniature representations of the Aryan race, my mom was determined to get my sister and me to appreciate and understand our Mexican heritage. I can’t remember a time when when we didn’t have Mexican art adorning the walls of our house, or when we didn’t eat tamales with our extended family on Christmas. As a child, one of my favorite picture books was “Too Many Tamales” by Gary Soto.

My sister and I grew up learning about César Chávez’s battle on behalf of the rights of Mexican-American field workers and about Frida Kahlo’s successful artistic career in the face of horrific injuries she suffered in a bus accident. In fact, an enormous framed print of her heavily-browed face has watched over me from the wall of our dining room for as long as I can remember.

In short, it’s always been easy for me to identify as Mexican. What has been hard is holding on to this identity; many people say I do not look Mexican, and as a result they believe my Mexican heritage “doesn’t count” because I’m not actually under-privileged. Which is true, but I still have a minority-tilted perspective.

When my mom went to the district office to register me for kindergarten in the Palo Alto Unified School District’s system, she wasn’t allowed to check more than one box in the “ethnicity” section of the registration forms. She chose “Hispanic/Latino,” which is what I have also come to check over the years. It’s rare that I ever come across the option of “Filipino,” but when I do, I check that box instead. Being categorized as “Asian” just feels way too general to me because it encompasses so many different cultures — to condense them all into one word feels oversimplified.

While the Philippines are a part of Asia, Filipinos are typically known as the under-privileged Asians. According to the Harvard Asian American Policy Review, second-generation Filipino-Americans go to college at a lower rate than their parents who immigrated, while the pattern is the opposite for other Asian Americans — Chinese-, Japanese- and Korean-Americans have a trend of upward mobility after immigrating to the United States.

Being part of two races (Filipino and Mexican) that are historically “under-privileged” confuses me even more because I am so obviously not under-privileged (what with being able to live in Palo Alto) that it feels wrong to set myself apart from everyone else with an “I-am-an-under-privileged-minority-hear-me-roar” attitude.

In elementary school, I felt like an alien. The majority of my classmates were one race. Everywhere I looked — the blond hair and blue/green eyes of my two best friends, the actors and actresses on Disney Channel — I saw people who could at least point to another person and say, “Yeah, I’m the same ethnicity as [insert name].” Even my dog was purebred — a labrador retriever with a beautiful, homogeneously colored coat of fur. I didn’t look like anyone else that I knew, except for my sister. And that scared me.

This feeling of not belonging to any single race didn’t abate in middle school. If anything, it was the time period when I, along with the rest of my peers, became more conscious of how one’s race shapes the way they are treated by the rest of the world. Stereotypes formed with the stratification of honors classes within the academic laning system.

Finally, I got to high school. I hopped on the Lululemon bandwagon. I discovered the joy that comes with frappuccinos from Starbucks, freddos from Peets and iced mint mojitos from Philz. One time when I dropped a fork in a restaurant, I unthinkingly uttered, “el-oh-el” out loud (I know, the shame is unbearable.) In short, I became a “white girl.” Or so my friends told me.

Even though I have almost completely submerged myself in white culture, it’s hard for me to label myself as such. Besides, when I sit in my Honors English and Physics classes and look around, I realize that I’m the only person of either Filipino or Mexican descent in the room. I can’t ignore my mixed background. The fact that I attend an affluent school doesn’t mean I can discount the unique perspective my mixed background provides me with — a window into a parallel universe wherein people who are the same race as myself, yet less privileged, are at a disadvantage. Unlike the binary world of standardized testing, my racial identity cannot be contained within a single checkbox.

I’ve come to realize that I can drink frappucinos and still enjoy my grandma’s tamales without feeling like I am selling out one race for the other.

Something tells me Frida would approve.