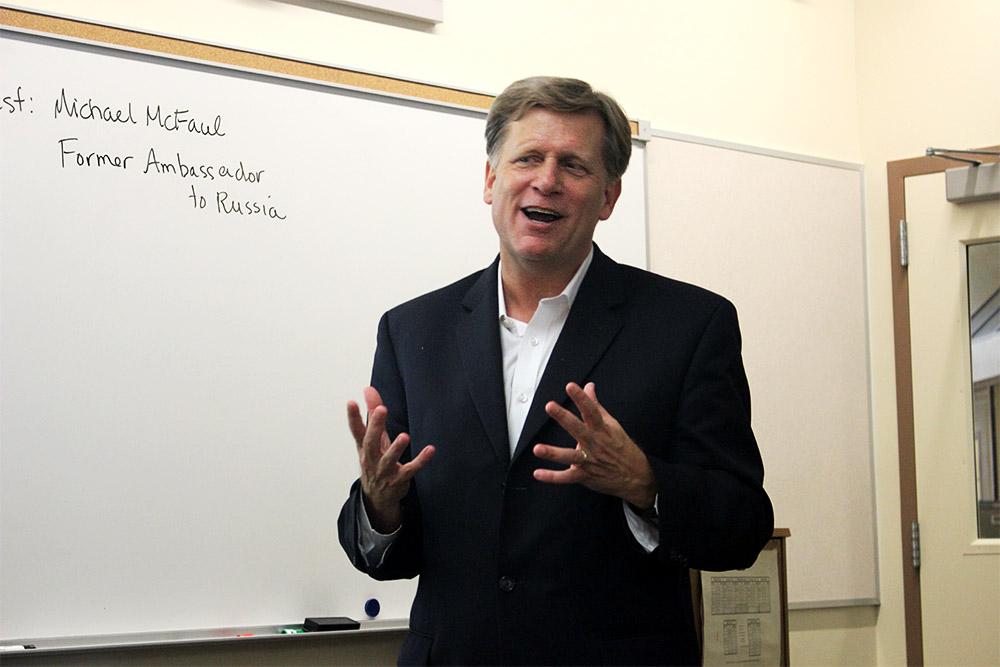 Former U.S. ambassadors to Afghanistan and Russia under the Obama administration visited Paly U.S. Foreign Policy classes in October to speak about developments in international relations.

Clay Volino, a senior taking the foreign policy course, said his understanding of foreign relations improved as a result of the two talks.

“I better understood how American foreign policy goals such as economic development and public health around the world can conflict with each other,” Volino said.

Instructor of U.S. Foreign Policy Adam Yonkers plans to offer similar opportunities to his students in the future.

“It’s really important for Paly students to understand the intersection of diplomacy and policy,” Yonkers said. “You can see how policy, in terms of being rolled out, can somewhat get derailed.”

Political scientist professor Francis Fukuyama will be visiting on Dec. 11, 2017.