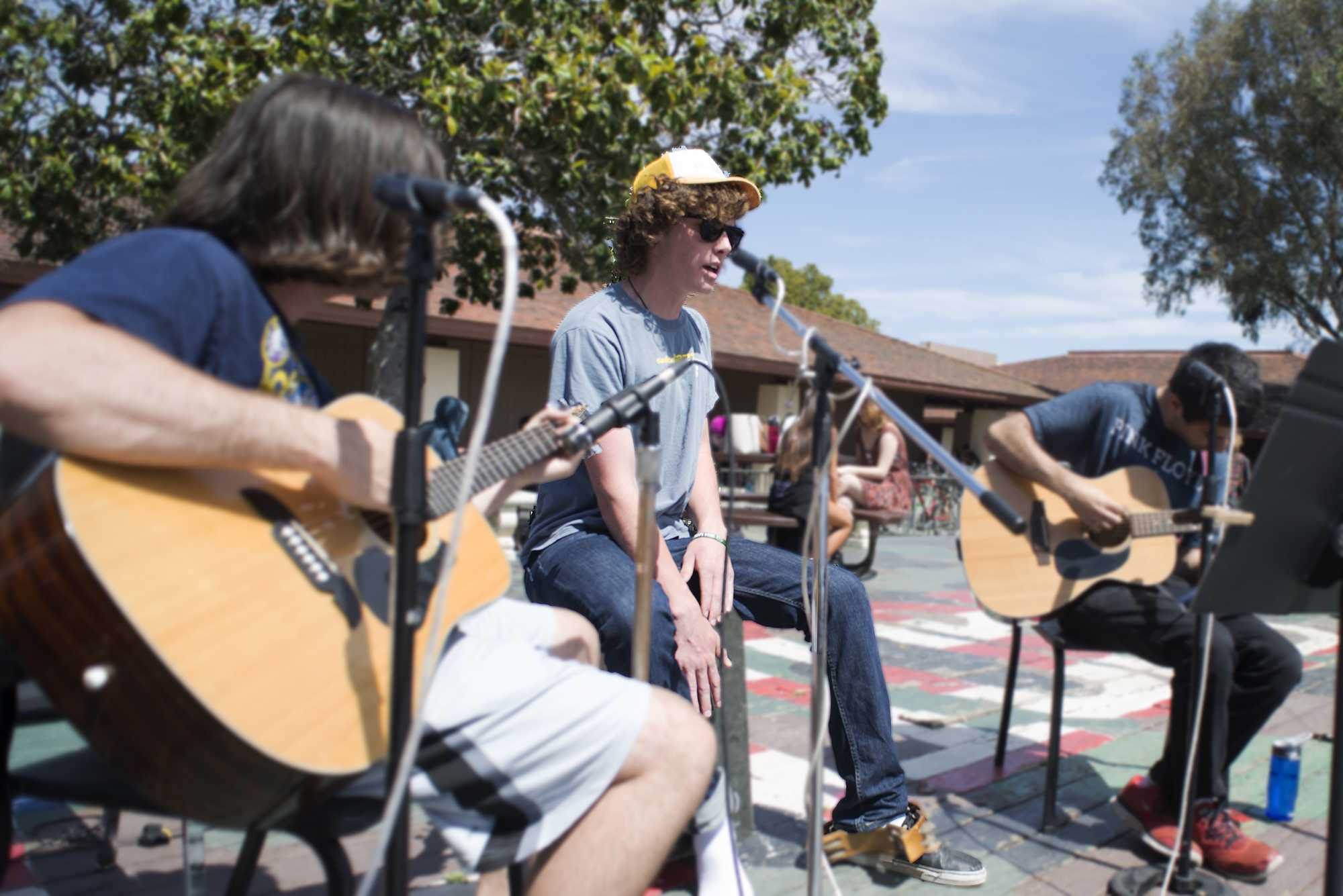 Photo by Will Dougall

Flight of the Willit: The Pursuit of a Desire to Always “Send it”

It’s another brunch at Palo Alto High School, and the crowd is as homogenous as always. Scanning through the throngs of students, it’s easy to feel like less of an individual and more like a statistic. But with the simple removal of a humble King Taco baseball hat, one man rises above the monotony. An afro springs up, signaling the unmistakable presence of senior Peter Willits, Quad-life extraordinaire and master of the art of hanging out.

He has gained these titles, in part, through a restless, unceasing dedication to a set of hobbies as kinetic as they are eclectic.

“I hit things with sticks,” Willits says. “I also hit things with my hands. I like to vibrate my vocal chords, especially in the shower. I slide down big snowy mountains sideways on a snowboard. I like to ride all varieties of bicycles — mainly bicycles that people consider to be too small for me are my speciality. I like to do aerial maneuvers on those bicycles. Those are some things that interest me”.

At first glance, Willits’ hobbies seem disconnected — there is no a clear connection between drumming and skiing. But under the surface, there’s a common thread running through his activities; a desire to do what he loves in an exhibitionist way, loud and proud all the way through.

It began with skiing, a hobby that Willits picked up from family trips to Tahoe from the age of five onwards, and slowly morphed into snowboarding. But the slopes were far from home and the skate park was right down the block, and soon enough, one extreme sport led to another. Willits quickly became a bonafide BMXer, spurred on by his brother’s objection to his newfound hobby.

But the hobby was cut short when a friend of Willits’ brother broke Willits’ leg in a judo demo gone wrong, putting his biking on a forced hiatus. With nothing to do but wait while his bones knit, Willits turned his restlessness to a new hobby, percussion. Under his uncle’s tutelage, Willits’ skills grew, and he gradually climbed all the way up from practice pads to a full drum set of his own.

Over time, the leg healed, but the hobby remained. Unfortunately, a new setback has took hold: high school. Despite his workload, Willits is keeping his head up, looking to attend the University of California, Santa Cruz and afterwards, music school. Through all of it, Willits lives by his personal creed of ‘sending it,’ his own philosophy to give every endeavor his all, no matter the consequences.

“You can do anything?” He asks. “Maybe not. But you can try anything.”