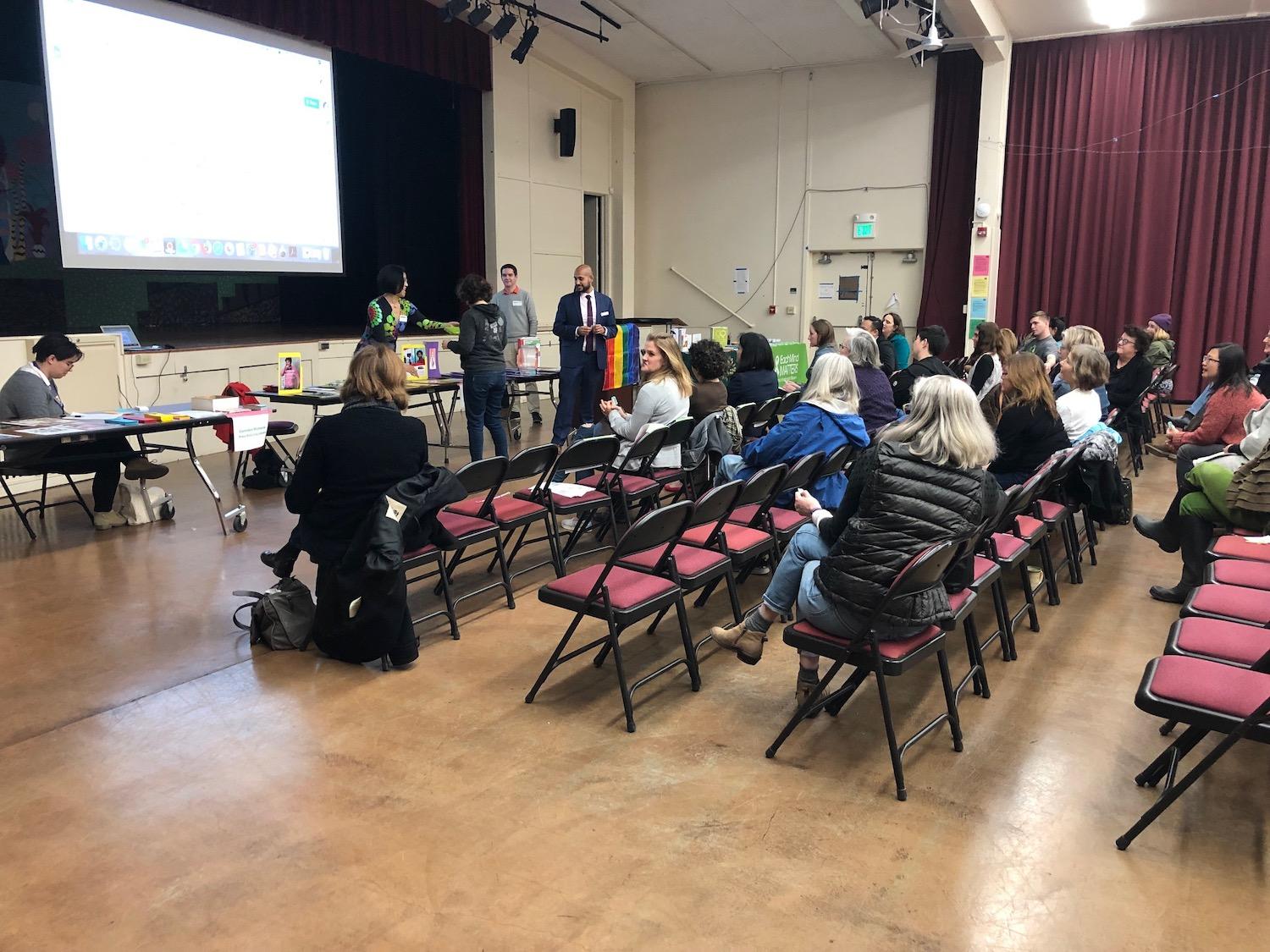 Parents, students, administrators, board members and educators attended the Ellen Fletcher Middle School Lesbian, Gay, Bisexual, Transgender, Queer Plus Parent Education Forum, an event the school librarian said will be the first of many she hopes to host to focus on queer awareness in the Palo Alto Unified School District.

Fletcher Librarian Kristen Lee spearheaded the March 13 event, partnering with Outlet, a branch of Adolescent Counseling Services dedicated to LGBTQ+ youth and the Fletcher Parent-Teacher Association, who also provided funding. Outlet Program Director Ryan Fouts and Education Director Diana Hernandez presented to the group about topics such as LGBTQ+ terminology and how to react when a child comes out.

“If someone comes out to you, you don’t have to have all the answers … It’s okay … Being supportive and accepting is the best thing you can do,” Fouts said. “Even if your beliefs don’t change we would believe that your behaviors can.”

Lee presented an interview with a former PAUSD student who is transgender via a pre-recorded video interview before inviting two different parents of transgender children to share their experiences and advice. Afterwards, audience members submitted questions were answered by a panel of board members, administrators, parents and Outlet staff.

Three questions submitted expressed concerns over the alleged high focus LGBTQ+ youth seem to have on their own identity.

“LGTBQ+ kids seem to talk a lot more about their LGBTQ+ identity and the identity of others, relative to their non-queer peers,” one person wrote. “I understand this is a big part of their identity, but it would be nice to see their friendship revolve around other things too.”

Fouts responded to these questions by asking the anonymous writers to consider placing these concerns in the same context of heterosexual people.

“This was a convoluted question… the idea that conversations among kids are really focusing on LGBT issues… in some ways I think is pretty normal… think about how you would address it if other topics or conversations were dominating your space… how would you navigate those conversations,” he said.

After the relatively high turnout of approximately 85 people at her event, Lee said she has plans to continue LGBTQ+ education and representation throughout the district.

After she was approached by a student last year about creating a school LGBTQ+ club, she became the adviser to Fletcher’s first ever Gay Straight Alliance. However, she said she would have started this club years ago if teachers were able to found clubs themselves. 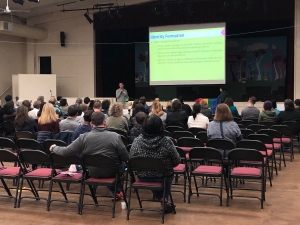 “For the first time they have a safe place to go and be with other [LGBTQ+] kids… Every school should have one, whether or not you have a kid who expresses interest.”

She also hopes to provide further resources to middle schools such as Paly Librarian Rachel Kellerman’s LGBTQ+ LibGuide and encourages teachers to take simple steps to be more inclusive of queer students.

“At the beginning of the year you give out index cards and you say tell me your name … your preferred pronoun and then if that changes during the year please give that to me and the teachers will all honor that,” she said.

Lee’s interest in LGBTQ+ education began last June, when she noticed flyers hung at Palo Alto libraries on Father’s Day calling books with LGBTQ+ representation “poison” that fathers should protect their children from.

“There’s an issue with our incoming parents who are not really as aware of how we are doing things in our area and it’s up to us to educate them,” she said. “We want to be supportive and educate [them] because we’re teachers.”