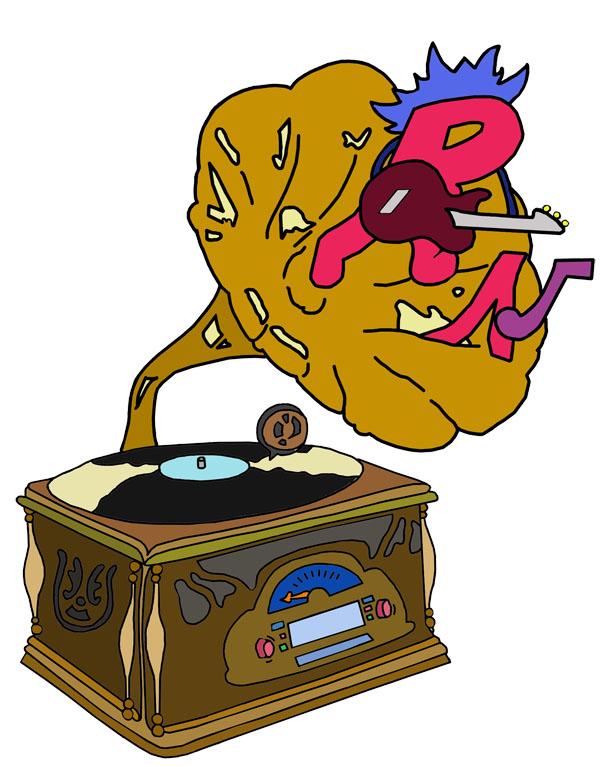 In the age of the internet, social media and Hipster-dom, fringe music genres have become increasingly popular. This article takes a closer look at some of those genres.

THE INTERNET’S EXPLOSION IN THE 90s BROUGHT US A HOST OF NEW MEDIA THROUGH WHICH TO UNIFY, AND WITH THE WORLD CLOSE AT OUR FINGERTIPS WE DELVED INTO THE ENDLESS PERMUTATIONS OF THE COMMUNITIES THAT WERE SUDDENLY AVAILABLE TO US. It is through this that such eclectic musical genres as “Goregrind,” and “Techno-Trot” have been popularized; it is no longer the music that unifies us but our ability to unify that creates the music. Here are some of the strangest brainchildren of this movement that will not be found on your average Spotify sidebar or Pandora radio.

Context: An eclectic mix of Jesus and paradox, Christian Death Metal stepped onto the scene on the verge of the 1970s, a time that no doubt smelled of the pungent breath of its hippie-turned-Christian forefathers. A movement of born-again Christians in the late 60s decided to turn away from their musical roots as sacrilegious noisemakers and move in a holier direction. Attempting to stray away from the occult Satanic symbols of such bands as Mötley Crüe and Black Sabbath, newly converted hippies and self nominated “Jesus People” put down their crack pipes and picked up their rosaries for a bout of good, not-so-clean fun!

You’ll Like This If: You wear black every day except Easter, and every year before Christmas you ask Santa for nothing but an Uglydoll, a Bible from Hot Topic and revenge on the unholy.

Favorite Bands: Jerusalem and Barnabas for the unforgiving guitar, which carries a much more forgiving message.

Suggestion for a Jewish spin-off: Guns and Moses.

Context: We set the scene in Southern Siberia, where the Tuvan people fill mountain caverns with their guttural chanting melodies. Apart from the chronological inconsistency, an untrained ear might rationally mistake Tuvan singing for the love child of Kermit and Cher. Don’t feel simple American readers, even an intellectual as erudite as myself can’t quite grasp the pulse of the Eastern aesthetic, so hop into your pickups (Priuses, I know) and don’t bother to roll up your windows as Kenny Chesney comes on. The 1999 film “Genghis Blues,” about an artist who travels to Northern Asia in pursuit of a career as a Tuvan singer, brought this genre to popularity in the United States. While still a fringe genre, Tuvan singing has some notoriety both in its own cultural circles, and among world music enthusiasts.

Context: Upton Sinclair’s “The Jungle”, borscht and toothless babushkas are conjured up by grinding Klezmeresque violin and woodwinds. Possibly the best part of this genre is the delightfully predictable lyrics, which in their addressing of subject matter (ranging from alcoholism to prostitution) make the listener revel in sordid liberation. Bar fights and other ignoble subject matter aside, this East-meets-West-meets-West genre is a personal favorite because of its upbeat, frivolous musical candor and matching lyrics (this coming from a Google Translate enthusiast).

You’ll like this if: You spend endless hours reveling at angsty Tumblr pages, often look through your grandfather’s sketchbook from Ellis Island and subsequently find yourself craving beet juice.

Context: I am almost ashamed to admit how profoundly it affirms my stereotypes of Asian culture that the shrieking vocals of Korean Folk music, combined with delightfully catchy techno-pop would become wildly popular in Japanese cell-phone culture. This is the kind of music that one could play while reading Murakami, were it not so very distracting, or while watching muted infomercials for grape-flavoured Japanese gum on Youtube. It is so contrary to the American ear that, like everything Lady Gaga, it gives one a creeping fear that they are missing something very crucial.

Favorite bands: Wing, because who wouldn’t go head-over-heels for an adulteration of Elvis classics with shrieking Korean vocals? That’s right, readers: No one.

Context: The world, or at least some of its more daring inhabitants, decided that they were ready for the next step. Perhaps Goregrind is a product of intense frustration or perhaps it is the brainchild of boredom with those limit-testing genres that no longer offered a sufficiently horrifying listening experience. In any case, Goregrind is about what it sounds like: an exaggeration of “hardcore” music that either leaves its listener hiding under his bed in fear, or clutching a jagged soda can and on the verge of a breakdown.

Favorite Bands: So many choices bands with names like “Aborted” and “Regurgitate” among them, but it will go to Carcass for the aforementioned title. Congratulations, Carcass!