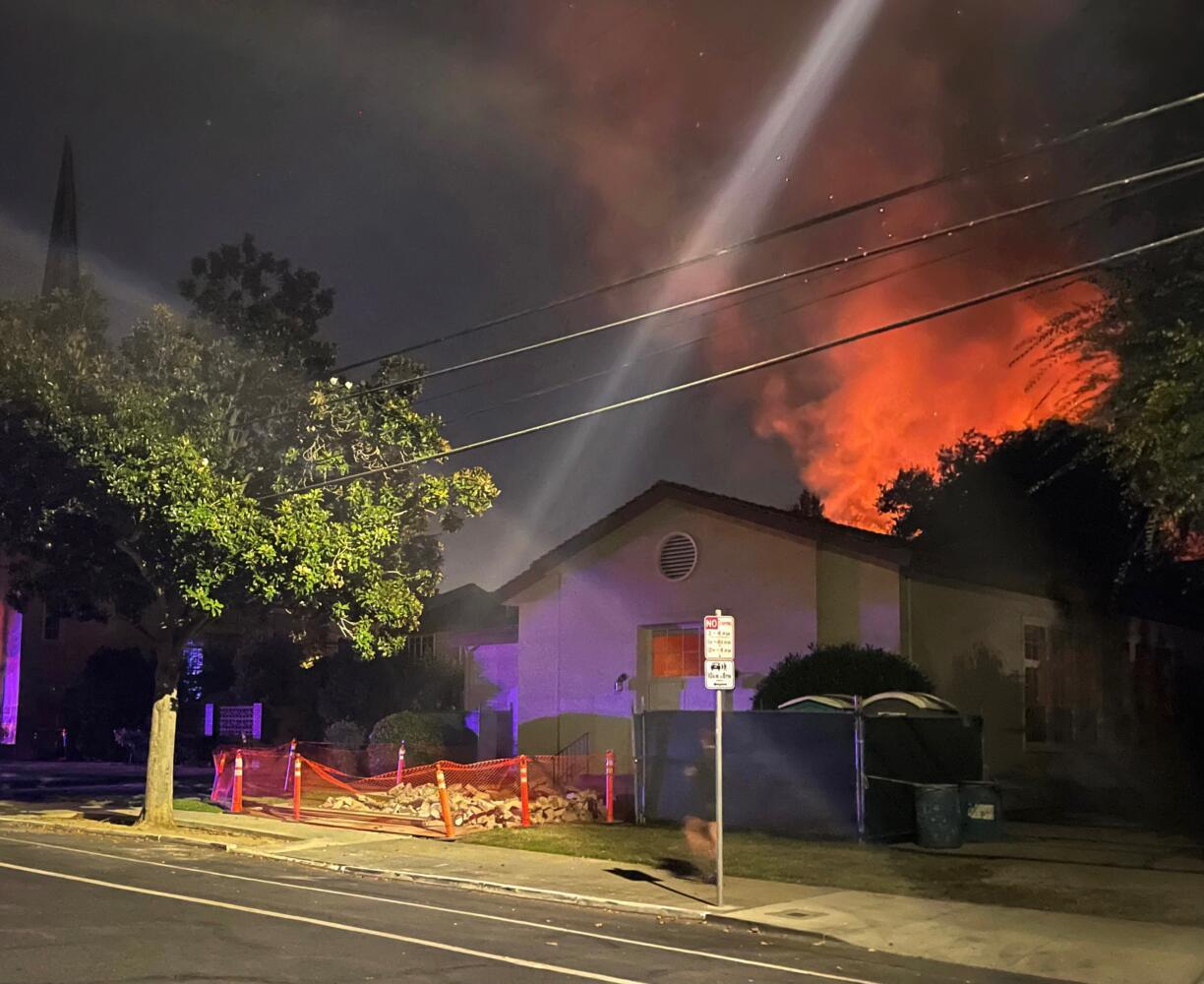 RISING FLAMES — A fire looms over Bryant Street in Old Palo Alto at around 8:20 p.m. tonight. “I was walking with my daughter,” Palo Alto resident Hassan Chaib said. “We saw smoke … and we saw the cloud.” Photo: Josh Donaker

“It was a house right next to the church,” Old Palo Alto resident Seema Kapur said. “From what I know, it is [Google co-founder] Larry Page’s estate.”

According to several Palo Alto police officers on the scene, there was no one in the house at the time of the fire and the cause is currently unknown.

“I was just driving home from swim practice and my friend’s father texted me saying that there was a fire a block away from my house so I walked here to check things out,” Palo Alto High School senior Harrison Williams said.

When Williams arrived, fire trucks and police officers were just arriving at the scene. Smoke and flames were visible above some houses.

In a later comment, a police officer at the scene confirmed the fire had been put out by 8:58 p.m.

“It is actually very scary,” Palo Alto resident Hassan Chaib said. “We live a little bit far away, but it is scary for the houses in the neighborhood, and this has given me the idea that if I am away and something [happens] in the house, you always have to take precautions.”

This story will be updated with more information about the fire as it becomes available.