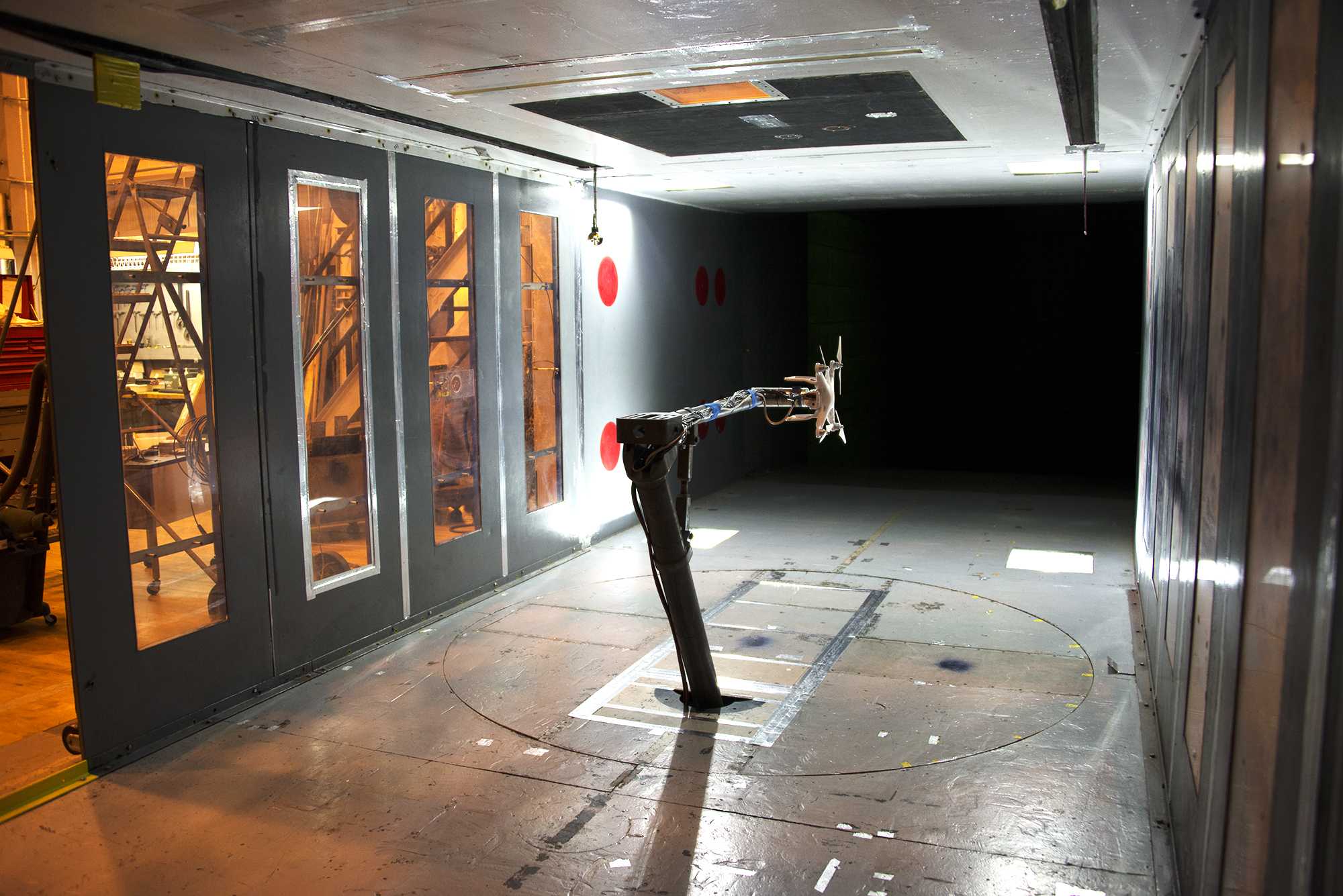 Final Frontier: The evolution of the space industry

Amid the whirring and humming of countless Dell computers, the wind tunnel stretches seemingly endlessly in either direction. A strong fan at one end simulates wind, allowing the National Air and Space Administration to test small or model aircraft and spacecraft for aerodynamic problems. The dark blue and clear-paneled doors open to adjacent rooms, and a group of NASA interns steps through, describing a drone which is to be tested for aerodynamics the next morning.

The wind tunnel building exudes a sense of the 1930s, the rooms industrially functional and musty with age, dating to when the complex was first built as one of the flagship campuses of the National Advisory Committee for Aeronautics. When the complex transformed  into one of the NASA centers in 1958, the winged emblem was left behind, along with the blocky outdated equipment that covers the first floor of the building.

NASA is only one of many players in the aerospace industry, which encompasses both atmospheric transportation such as airplanes, helicopters and vertical lift devices as well as spacecraft such as rockets. The trend toward commercial space flight and recent pictures from a NASA mission to Mars that show water on what was previously considered a dry planet have kindled a new excitement in the space industry, which has been reflected in the number of Palo Alto High School students who pursue internships in the industry and the increasing accessibility of space related projects to more people.

The Inspiration of Space

Paly senior Nikhil Rajaram, who currently works on streamlining the post-processing procedure for 3D printed thermoplastics, has been interested in space since a young age. His fascination first manifested in the form of space race documentaries, later transitioning into books on astrophysics and ultimately an internship at NASA.

“I contacted several people at NASA for counsel in general to see how I should pursue aerospace in higher education to set myself up for a career in that industry,” Rajaram says. “Naturally something that kind of arose from that was getting an internship at the space shop.”

Every mission you go on is intrinsically an experiment, so everything I do as an astronaut will further science for the sake of science

“You’ll get a ton of people who will say, ‘Oh, when I was in elementary school I read this one science fiction book that I loved and everyone wanted to be an astronaut,’” Warren says. “Working in the space industry is like seeing those childhood dreams happen more realistically, so by being involved in SSI or in the aerospace industry in general, we give students the ability to actually try and advance the cause that they care about which is doing general space exploration.”

Space, as one of the unexplored frontiers, often appeals to people’s interest in the unknown and mysterious.

“I want to be an astronaut because space is like the last thing we have to explore,” Paly senior Chloe Mo says. “I mean, there’s the ocean, but that seems scary so that just leaves outer space for me.”

Mo, who is part of Space Cookies, an all-girls robotics team that works in NASA Ames laboratories, is attracted to the experimental nature of space travel. She aims to be an astronaut and ultimately would like to help set up a colony on Mars.

“Every mission you go on is intrinsically an experiment, so everything I do as an astronaut will further science for the sake of science,” Mo says.

With the NASA Ames Research Center just down Highway 101 and companies such as SpaceSystems Loral and SpaceX established in the area, the aerospace industry is alive and thriving in the Bay Area. Students take advantage of ample opportunities in the sciences, but beyond internships at NASA, opportunities in space are lacking. Enter Stewart Cobb, a Gunn High School parent who has worked in the aerospace industry for many years and is now trying to help set up a Team America Rocketry Competition team at Gunn. TARC is a yearlong rocketry contest where teams from different high schools build and launch rockets. This year’s challenge is to launch two raw eggs in a rocket up to 850 feet for 45 seconds.

“A lot of things that are meaningful in aerospace takes a college education or master’s degree,” Cobb says. “TARC is set up as a competition at a level where high school students really can do it.”

Earlier this year, students at Gunn attempted to set up a TARC Club only to be blocked by a district insurance policy. Instead, they formed Rocket Science Club, a club that is not enrolled in any TARC competitions. According to Cobb, space allows for one of the most practical applications of engineering.

“It [rocketry] teaches a lot about the practical aspects of engineering,” Cobb says. “The Gunn Rocket Science Club was running structural tests on tubes that they might want to use as a rocket body for TARC, and learning how you do tests to get good information is a very strong very fundamental part of engineering.”

The Next Generation of Aerospace

While some, like Rajaram, go through individual researchers to get positions, others pursue official internship programs offered on the NASA website. In the aeromechanics division, students are offered 6-week-long summer internships that help immerse students in the organization.

Although NASA’s main focus is attempting to give students opportunities in aeromechanics, NASA also tries to ensure that half of its interns are female and reaches out to Native American college students through the Tribal Colleges and Universities program. 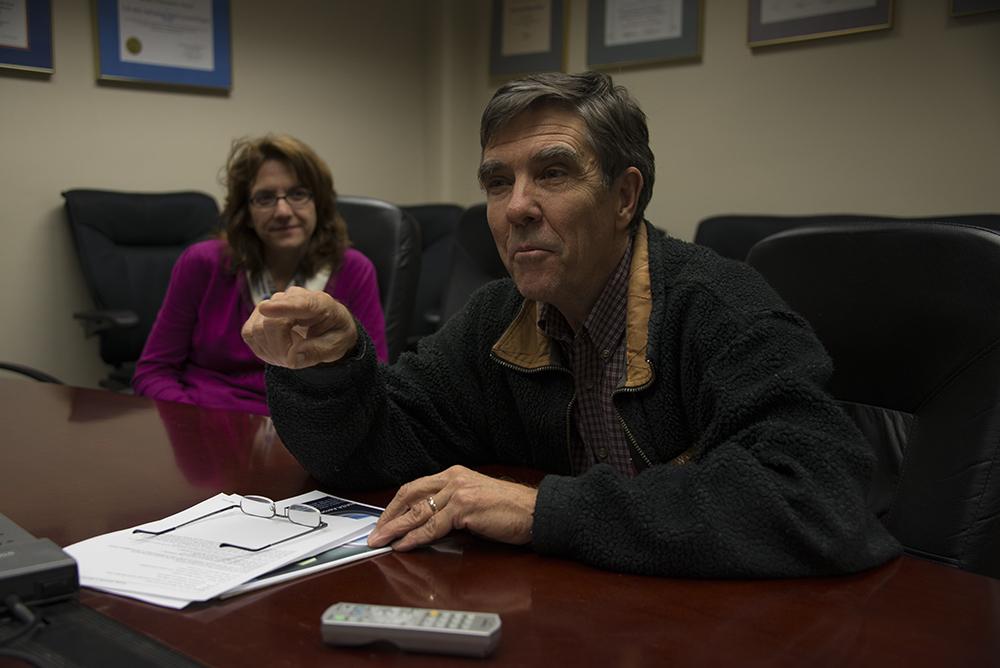 Dr. William Warmbrodt of the Aeromechanics Division at NASA explains the evolution of the aerospace industry as well as the NASA internship programs.

“We’re trying to change the population face of STEM in universities by reaching out to what have been underrepresented groups historically,” Warmbrodt says.

Warmbrodt enjoys working with young people because they offer an energy that is unparalleled. The enthusiasm that students bring, he says, can help solve problems and promote innovation.

SSI also helps foster aerospace enthusiasts at the collegiate level. With the well-established organization comes a slew of benefits, from connections to the United Nations to having the resources needed to become the first university to launch a rocket into orbit.

“Giving people a natural avenue to explore an interest matters a lot for space  because space is hard and very unforgiving in terms of the physical environment of space,” Warren says. “It’s extremely hard to send things to space … [so] doing space-related projects as an individual is difficult.”

The Future of New Space

The idea of flight and space has lured people in since the conception of the aircraft in the 1910s, but the aerospace industry itself has been shifting and changing in recent years. Air travel on Earth has been expanding rapidly, and personal flying devices appear to be close to fruition.

“As we become increasingly globalized and connected, planes and air travel is going to increase,” Mo says. “NASA has done some cool stuff with fuel reduction of planes and biofuels — United Airlines flew its first 100 percent biofuel plane a few months ago — which I think is hugely crucial in the praxis of preventing climate change from worsening.”

Warmbrodt agrees that climate change is one of the most significant barriers to overcome in the next few years.

“We’ve got to make sure that our aircraft flying at 40,000 feet don’t put out particles that cause the ozone hole to grow,” Warmbrodt says. “We’re talking about biogenerated fuels, cleaner burning and more environmentally acceptable. We’re talking about quieter aircraft. There are a lot of opportunities to refine and make possible things that don’t exist today.”

While the aerospace industry is expanding, the rise of SpaceX combined with the cut in funding for government organizations like NASA has speeded the commercialization of the industry. Companies have fundamentally

different procedures than the government, which has changed the way the space industry operates.

“New space is characterized by the idea that you can take — most people call it the Silicon Valley mentality,” Warren says. “You can take advantage of commercial products, you can take advantage of rapid design iterations and design thinking and do what old space companies and do it better just by doing it more iteratively and thinking smaller and building constellations instead of overengineering one giant monstrosity.”

According to Rajaram and many others, companies like SpaceX will drive the new space movement more than NASA.

“The goal of SpaceX is to cut the costs of launch down until it’s actually a competitive market,” Warren says. “SpaceX started doing that and when he [Elon Musk] was somewhat successful building and launching rockets a bunch of other entrepreneurs were saying, ‘Oh, maybe I actually can do space startups.’”

Cobb believes that the industry has made a lot of progress in reducing commercial space flight costs, with SpaceX seeking to reuse components of spacecraft which have been previously unusable.

“If you flew a 747 to Australia and then scrapped the plane at the end of the trip it would be very expensive to get to Australia,” Cobb says. “If you can reuse the airplane it’s a lot cheaper, so they’re trying to reuse the booster.”

While space launches remain expensive, Cobb is confident that the price will continue to drop and points to improvement in the accessibility of space to all with small satellites, called cube sats.

“The future is pretty bright right now,” Cobb says. “It’s already to the point where high schoolers can build experiments and put them in space … so Gunn and Paly could have their own satellite in space if they really wanted to.”