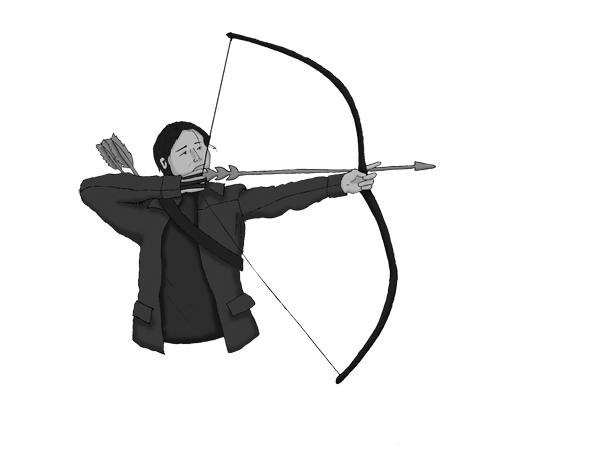 Devoted fans of The Hunger Games trilogy flocked to the movie theaters in March 2012.

I ascend countless steps in the Cinemark theater in San Francisco, a movie premiere pass hanging around my neck.  It’s the day before the big release of “Harry Potter and the Deathly Hallows Part II,” and I pass many excited fans on my way upstairs.  As I walk down the hallway, a man dressed as Severus Snape hurries by.  Fans clad in striped scarves and carrying wands line the walls, and cries of “Expelliarmus” and “Expecto Patronum” float down the halls and into the theaters.  These dedicated, exuberant fans all belong to a massive international community: the Harry Potter fandom.

More recently, the release of “The Hunger Games” this spring and “The Hobbit” this December both brought massive congregations of zealous fans to the movie theaters once again to celebrate their love for their favorite books.  These devoted fans are all members of fandoms, communities of fans committed to a particular television show, movie or series of books.

Fandoms are commonly but incorrectly perceived to be a new phenomenon of the 21st century.

Susan Esterly, a psychologist and Palo Alto High School parent, explains that due to humans’ natural desire for community, fandoms have existed for centuries.

“If you look at old Beatles films from the 1960s and see the screaming, swooning crowds of girls who besieged them at every opportunity, you will realize that this phenomenon has been evident since way before the Internet [or sites such as] Twitter,” Esterly says.  “The details may be different across history, but the basic psychological principles underlying fandom have been around probably since Neanderthal days.”

Although originating long ago, advanced technology and the Internet have facilitated the growth of fandoms and worldwide communication and association among fans.  Networks such as Tumblr and a multitude of fan websites have escalated these microcosms to an entirely new level, allowing international sharing of fan art, fan fiction and ideas.

For many, fandoms are a great way to meet others of common interests.  Junior Issy Kelsey enjoys the opportunity to connect with people whom she wouldn’t necessarily meet in person.

“Being in a fandom is brilliant because you feel connected to people that obsess as much you do over something without actually having to talk to them or make friends,” Kelsey says.  “It sort of feels like a community but you’ve never met.”

Esterly agrees that fandoms can provide a sense of belonging and community.

“Sharing an obsession with thousands of others over a band, celebrity or fictional character provides [a] sense of shared values, belonging [and] inclusiveness,” Esterly says.

Esterly says that fandoms can be beneficial — as long as they are not replacing direct social interactions.

“If [a] fandom becomes so large in your life that it precludes other forms of true belonging, then I would say that creates a missed opportunity,” Esterly says.  However, “if [a] fandom has its place among other collaborations that are important to you, then why not?”

One need not look farther than Paly to discover enthusiastic movie and television fans.

Junior Sama Rao remembers seeing graffiti in Paly’s bathrooms with numerous references to Sherlock and Doctor Who, including “Moriarty is real” and “the angels take Manhattan.”

Junior Abigail Schmit, a devoted Doctor Who fan, isn’t shy about expressing her love for the show and dressed as the 11th Doctor for Halloween this year.

“I watch Doctor Who with my friends a lot of the time,” Schmit says.  “I [also] share a lot of Doctor Who memes on Facebook.  It’s kind of turned into a daily routine.” 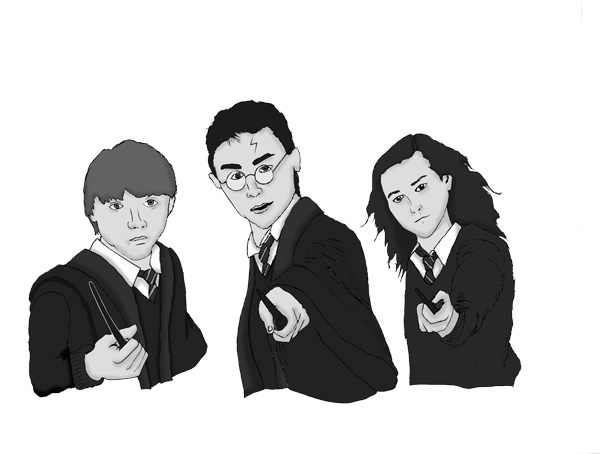 The Harry Potter fandom is one of the largest international fan communities in existence.

Issy Kelsey enjoys a variety of obscure fandoms for lesser-known TV shows and films, a couple being The Mighty Boosh and Sons of Anarchy.  She explains that depending on which fandom one belongs to, one can meet a variety of different people and personalities.

“These fandoms are different from the more popular fandoms because the subject is a little more dark and scary,” Kelsey says.

While fandoms can be a place of community for some, they aren’t always fun and games.

According to freshman Brittany Nguyen, arguments within fandoms, especially in Harry Potter, are not uncommon and can often get out of hand.

“There’s the really heated debate that’s been going on for awhile about what a ‘true fan’ really is,” Nguyen says.  “You’ve got the people who don’t believe movie-goers are ‘true fans.’”

Amy, a junior whose name has been changed, says “fandom wars” often occur between fans of different TV shows.  She believes these feuds to be senseless overreactions.

“There was an instance a few weeks ago where someone posted something that was hating on a few different shows, and she started actually getting death threats,” Amy says.  “It’s kind of ridiculous, the extent some people will go to protect a show.”

Wang agrees.  She explains that in the Harry Potter fandom, fans often argue over unimportant details which can distract them from their love of the series.

“I feel like sometimes we’re more intent on dissecting every little detail of the book and quibbling over insignificant things than just appreciating how the series in general has changed our lives,” Wang says.

Nevertheless, Wang believes that belonging to her fandom has benefited her as a whole.

“All in all, the huge Harry Potter fandom has allowed me to see different viewpoints and think about certain parts of the books in new ways,” Wang says.

Esterly also sees the benefits of fan communities as an additional inclusive environment for high school students, so long as they don’t interfere with in-person relationships.

“It surely is an amazing feeling to go to a concert, movie, or book signing and be part of that powerful audience ‘mind share,’” Esterly says.  “Devoted fans who may differ in so many ways are the same in at least this one thing — fandom.”