PENNANT RACE: College applications can be extremely stressful, especially when they are completed in addition to school and outside activites.

Why would a school that had just experienced a surge in popularity, whose applicant pool more than doubled in just one year, want to change anything about its application process? Ursinus College, a liberal arts school near Philadelphia, did just that. The New York Times explains the reasoning behind this shift in a recent article entitled “A College Opts Out of the Admissions Arms Race.”

In 2005, looking to increase the size of its incoming freshman class, vice president of enrollment Richard DiFeliciantonio turned to priority apps, eliminating his school’s application fee and any previously required essays.

Priority applications, also known as fast apps or VIP apps, are usually offered through email invitations and can lessen the amount of work for the student. They may shorten the required essay length or reduce or eliminate application fees completely. Students often apply through priority apps to schools that they consider to be “safeties,” enabling them to concentrate on the more involved applications for their more desired schools.

DiFeliciantonio believed an easier application process would yield more applicants. And it did — 2,688 more of them — but it came at a cost.

“Every year, Ursinus received more ‘fast track’ [priority] applications and offered admission to more applicants, but the percentage who accepted the offer went down steadily,” Jacques Steinberg, author of the article, explains.

Students were applying simply because they received a targeted email, saw the simplicity of the application process, and decided they had nothing to lose. Though more people applied,  fewer were genuinely interested in Ursinus. DiFeliciantonio decided that a smaller, more dedicated applicant pool was preferable, so he reinstated the essay questions and added a requirement to submit a graded high school paper.

Now, the school’s admissions board wastes less time sifting through the applications of less-than-committed students, and Ursinus will be populated with those the school can be sure are qualified and enthusiastic.

At the end of November and early December, seniors are under an extreme amount of stress. Not only are they concerned with fast-approaching semester finals, but they must also deal with the added strain of figuring out their next four years. Due to the tediousness of these applications, many students have been looking to ease some of that pressure by applying to schools via priority applications.

“I decided to use priority applications because it was easy, and the school that offered it to me I knew was one of my safety schools,” senior Emily Hain says. “I thought it would be really nice to just get one done with early and know early whether I got in or not. It wasn’t that much work, and I think it’ll be nice to know at least that I got into one school.” 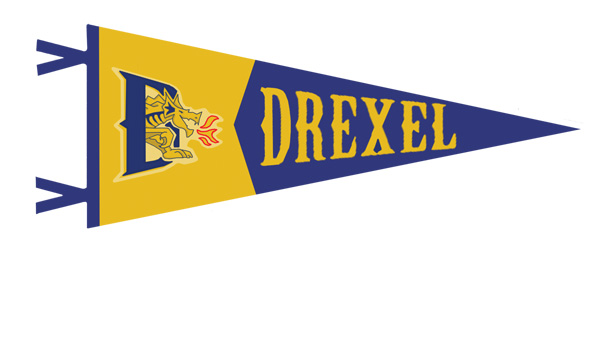 COLLGE CRAZE: Priority applications give students an alternative to the tedious Common App, but applying through priority apps just to apply is not beneficial for either the student or the school.

“From my perspective, I want students to think about different colleges besides the top 50 that everybody knows, so if it succeeds in doing that and broadens your perspective of a school you haven’t heard of, I kind of like that,” Paly college advisor Sandra Cernobori says.

“It definitely is advantageous for the colleges,” Cernobori says. “It helps them get their name out in terms of recruiting, and then if students follow through, it boosts their application numbers.”

Although priority apps may seem like an easy shortcut to get into college, they are not without their drawbacks. For instance, they can create a sense of urgency. Priority apps are generally offered later than Early Decision or Early Action dates are released, but are due before most Regular Decision apps, making the process hectic and rushed. This cramped window in which they must be completed gives high schools even less time to complete its responsibility of mailing out transcripts and counselor letters.

“There used to be a lot of complaints in my professional organization about these applications, [but] they have reduced somewhat because the colleges have finally gotten it together and said your part [the student’s] can come in now and then the school part can come in a little bit later,” Cernobori says. “It was when they wanted it all early that it was really creating a lot of problems.”

The offer of a priority application, however, can often be misleading. After all, they are intended to increase a college’s application rate, and often times, a school’s selectivity can be misinterpreted as a mark of academic quality. This is the dilemma that Ursinus College’s admissions board struggled with.

Students can misinterpret ‘VIP’ to mean that they are part of a top tier of academics that warrant a special invitation from a school. However, schools such as the University of the Pacific, Rice, Tulane, Drexel and the University of Denver send out priority application emails to thousands of high school seniors around the nation, and receiving one is not necessarily an indication of their interest in a specific student.

“In terms of demographics, I would say they send out e-mails based on SAT scores, so sometimes they’re based on your scores, but sometimes it’s based on geographic area,” Cernobori says. “So it might have more to do with your ZIP code as opposed to your merit as a student.”

Though they host a fair amount of imperfections, priority apps have their place in the world of college admissions for those with a small budget of time or money to dedicate to applications. Priority apps for schools one is genuinely interested in are certainly convenient and should be taken advantage of; however, utilizing them for a school you previously had no enthusiasm for is a waste of your time, not to mention for the school’s admissions staff as well, and simply contributes to falsely inflated application and selectivity numbers.

“Would I recommend a student use priority apps?” Cernobori says. “I would say if you’re interested in the school. But just ‘This would be a safety so I might as well do it’? You should be applying to colleges you actually want to go to.”