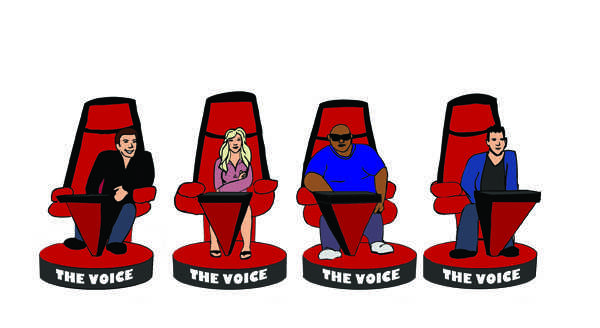 As the generation that grew up watching “American Idol,” with its simple system of just singing and popular vote elimination, the flood of new singing-based reality shows can seem quite overwhelming. The set-up of these shows can be confusing to many viewers. While their contestants continue fight for fame, these developing shows fight for ratings from the bewildered public. The unique arrangement of these reality competitions sets these shows apart and makes both of them worth watching.

On “The Voice,” judges Blake Shelton, Christina Aguilera, Cee Lo Green and Adam Levine each choose the contestants they like the most and create their own team with the singers they feel have the ability to win the ultimate prize of a record contract. It is interesting to see the judges select singers completely out of their genre, such as when hip-hop mentor Green selects a indie folk artist.

The show begins with preliminary blind auditions that give opportunity to the unconventional singers who are generally ostracized in the music industry. However, the “not what I expected” face from the mentors can be quite awkward when they finally see the face behind “The Voice.”

Once the contestants start performing on live shows, America votes for their favorite artist. The judges now take on primarily a mentor position, trying to ensure a win for their team. These judges are all musicians who perform during the shows. This allows for a more obvious connection between the mentors’ critique because you can see how they perform. 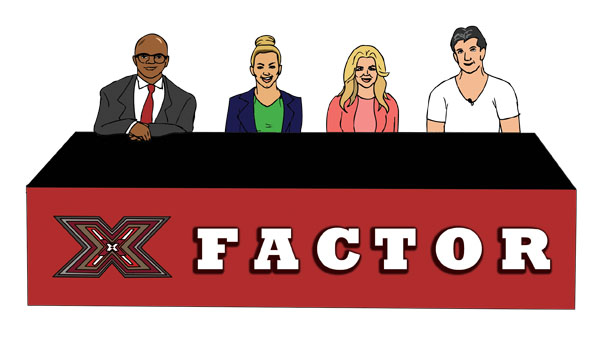 The four teams on “The X Factor” are based on age with the categories: teens, young adults, over 25’s and singing groups. The mentors also act as judges who give constructive criticism after each performance. The show begins with preliminary auditions and other various stages such as judges’ homes, where the singers must shows their mentor why they deserve to stay on their team.

Once live shows start, each mentor coaches his or her team and molds them to discover their star potential. Collectively after each live performance, all four judges critique the contestant as well as the mentoring they received. After the performances, similar to “American Idol,” American viewers vote for their favorite contestant. Following the results the next day, the bottom two singers must face off in a “sing for survival round” and the judges decide who leaves the show.

“The X Factor” is judged by record producer L.A. Reid, pop stars Britney Spears and Demi Lovato and the show’s producer Simon Cowell. Both Cowell and Reid tend to take a business approach to mentoring while Spears and Lovato add  fresh, young perspectives. The other judges give distinguished and interesting comments, but Spears lacks originality and tends to just go with the general consensus of the other judges. A comical aspect to look for is Reid’s killer head nods during the performances, which vary depending on his opinion of the artist.

But wasn’t Cowell just on a show with essentially the same idea? Unlike “American Idol,” “The X Factor” takes in to account what makes the contestant unique as well as his or her singing ability. During auditions, mentors make sure to judge based on the overall package of the person, not just his or her voice. For instance, during auditions, Reid criticized, “I think I’ve seen this kid 25 times already,” when the cookie cutter Justin Bieber-type auditioned. The show is a pursuit for something original, hence the title: “The X Factor.”

The downfall of both of these shows is the poor hosting. Carson Daly who hosts “The Voice” is a stiff personality who never seems to know where to be. His transitions are weak and he blatantly cuts off mentors just to keep the show on time. Daly’s most prominent quirk is that he talks from the side of his mouth which can be quite distracting to viewers.

Khloe Kardashian Odom and Mario Lopez, the clashing cohost of “The X Factor,” both have an overbearing presence over the contestants. While Lopez is composed, his plastered smile and over-sympathetic statements just seem scripted and cheesy. Kardashian takes a different approach. Instead of friendly banter, she argues and attacks judges with stupid questions.

For instance, when a judge feels the song choice was wrong for the contestant, Kardashian will ask, “Well what song would you have chosen?” Although it seems scripted, the judges are somehow never ready with a response which initiates a long pause followed with a mediocre answer.

Overall, these shows approach an old idea in a new way. While they are both still experimenting to eliminate the faults, the talented contestants’ performances will have you coming back to watch week after week.