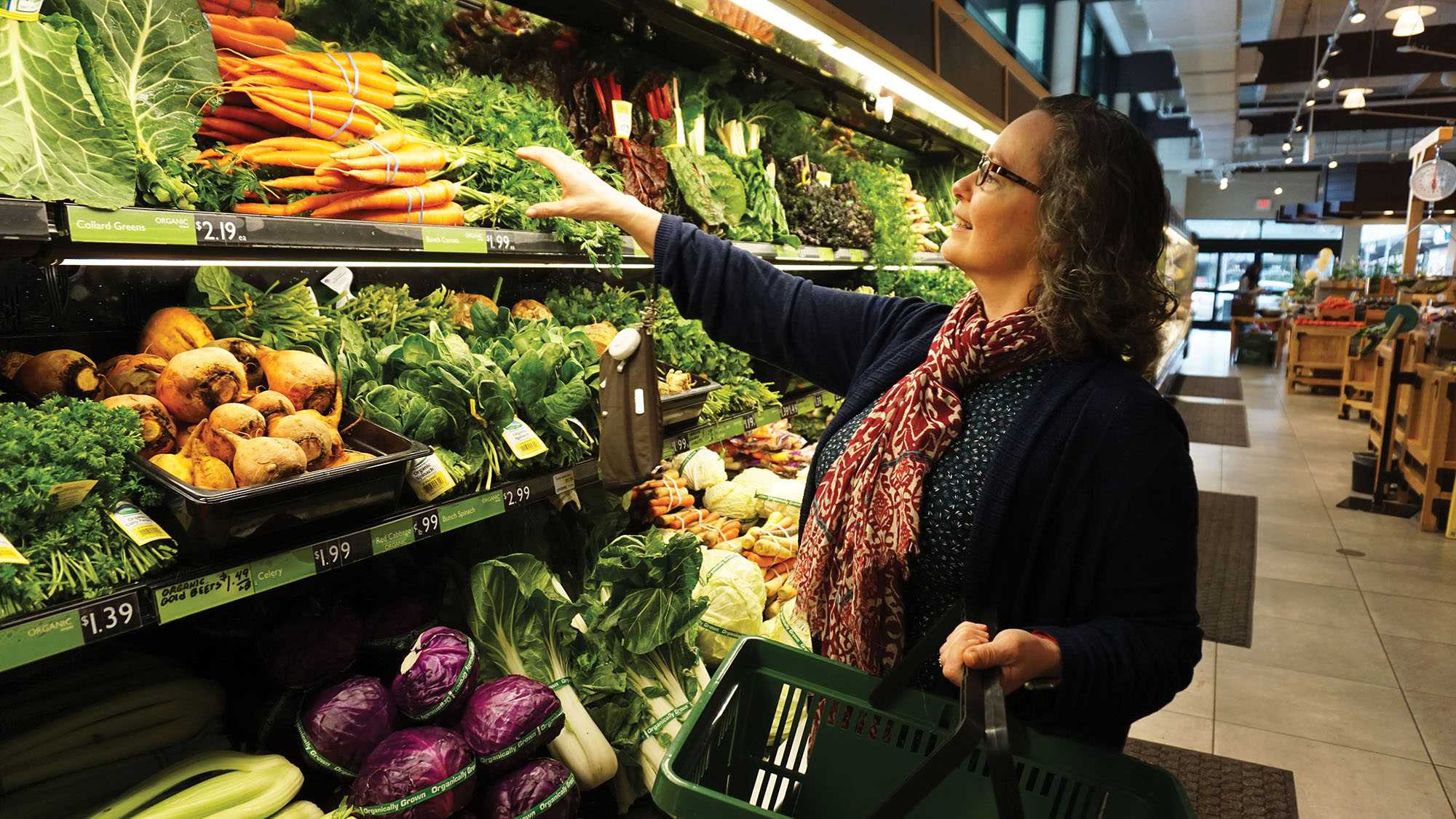 Rows of vibrant, untouched carrots and lonely purple cabbages line the walls. The local grocery store lacks the bustling shopping carts and criss-crossing arms of customers snatching produce. Pressed for time, Palo Alto shoppers choose to visit large-chain stores, where they can get everything at once, instead of local stores. As a result, small grocery stores in Palo Alto have been changing in recent years.

At the beginning of this year, College Terrace Market on El Camino Real closed after only six months of business. In the same week, The Market at Edgewood celebrated its grand opening a few miles away.

According to Palo Alto City Council member Greg Tanaka, the nature of retail is changing in ways that help shoppers save time. Online shopping is becoming more popular, and physical grocery stores are growing larger to allow people to buy all of their groceries at one place.

“For me [as a shopper], it’s largely about convenience,” Tanaka says. “It’s hard to drive to five stores to get all that I need. One-stop shopping is really important.” 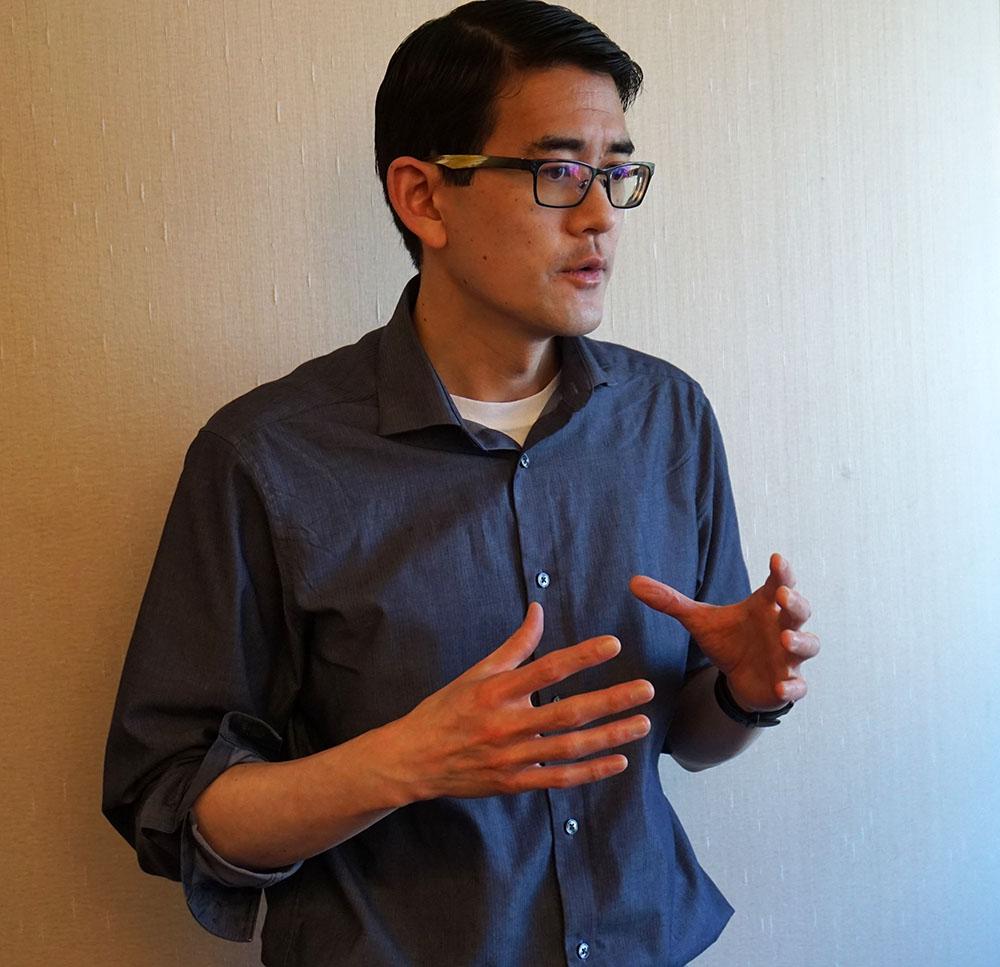 Tanaka says the demand for one-stop shopping has led to the growth of large-scale retail stores like Costco in Mountain View and Safeway in Menlo Park. However, Palo Alto is unique because there aren’t any large stores within the city’s borders; instead, there are many small, local businesses. One of the reasons for this is that Palo Alto doesn’t have the space for large format retail.

“A lot of people don’t want large development next to their house or in their neighborhood because it causes too much traffic,” Tanaka says. To prevent large-scale retail, the zoning regulations of the City of Palo Alto set a maximum size of 20,000 square feet per grocery store ­— much smaller than nearby communities.

Palo Alto also has planned communities, which allow landowners to build bigger or differently than is normally permitted. In exchange, landowners agree to abide by certain regulations, such as having a grocery store in a specific area of their land. College Terrace Center and Edgewood Plaza are examples of such planned community zones.

Small stores also face challenges that have less impact on larger ones.

The Market at Edgewood

As a family-owned store, The Market at Edgewood has the prime opportunity to connect with their customers on a personal level. According to co-owner Emel Mutlu, their small business status allows them to hear directly from customers and to make adjustments to satisfy their needs.

The Market ensures fresh products at low prices by sourcing their food locally, which is cheaper than trucking in products from afar. 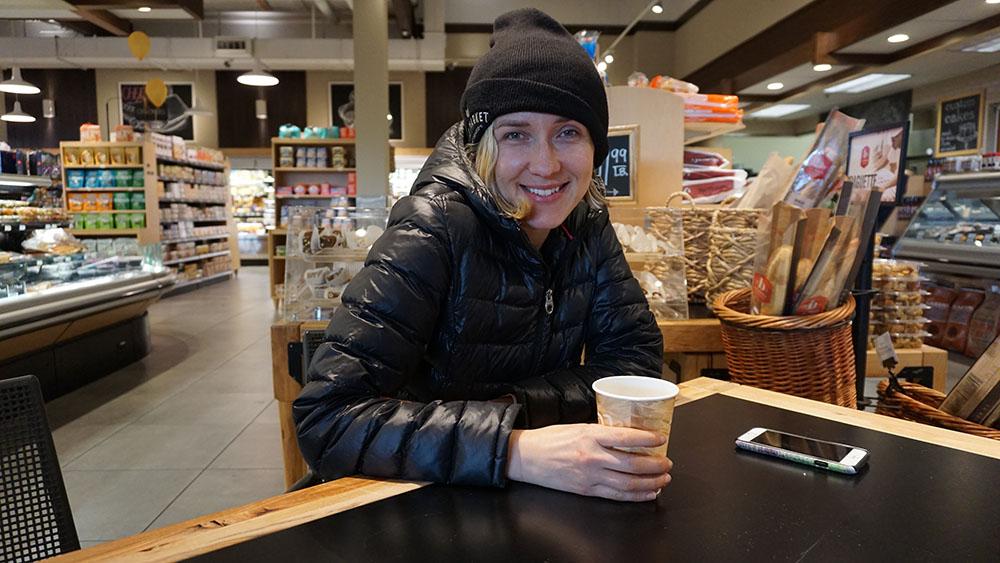 FEEDING THE COMMUNITY The Market co-owner Emel Mutlu smiles with a cup of coffee from the store’s coffee bar. “Our goal is to satisfy the needs of the immediate community.” Mutlu says. Photo by Maggie Cheung.

Mutlu believes a grocery store is a place to discover new foods. The Market is a prime destination to do so, as they are always offering samples. Customers can try house-made guacamole and salsa with tortilla chips right as they enter the store, and taste fresh cakes or cookies at the bakery’s sampling station.

Mutlu emphasizes the role of grocery stores in the communities they feed.

“People don’t talk about the role grocery stores actually play in the nutrition of their community,” Mutlu says. “You can either take advantage of that, or you can care about what that means and positively influence what people eat.”

Country Sun has been providing Palo Altans with natural foods since the 1970s. According to operations manager Scott Otte, “organic” was an emerging trend when Country Sun first opened, and its popularity has increased ever since. As a result, differences between Country Sun and larger stores are getting smaller.

“When I first started here [in 1996] organic was like — I hadn’t even really heard of it,” Otte says. “But since I’ve been here it’s become a really big deal.”

Country Sun has also felt the impact of the growing online shopping industry, which includes companies such as AmazonFresh and Google Express.

“Instead of buying your vitamins here, if you decide to buy your vitamins online, you’re not just changing where you shop, you change what channel you’re shopping in,” Otte says.

Country Sun focuses on selling products from small manufacturers that likely wouldn’t be found in larger grocery stores, and also prioritizes catering to clientele. For example, Otte recently stopped ordering a coconut yogurt that suddenly wasn’t selling, only to find out two weeks later that the two customers who regularly buy it had been gone on vacation. After realizing that, he started ordering the yogurt again. 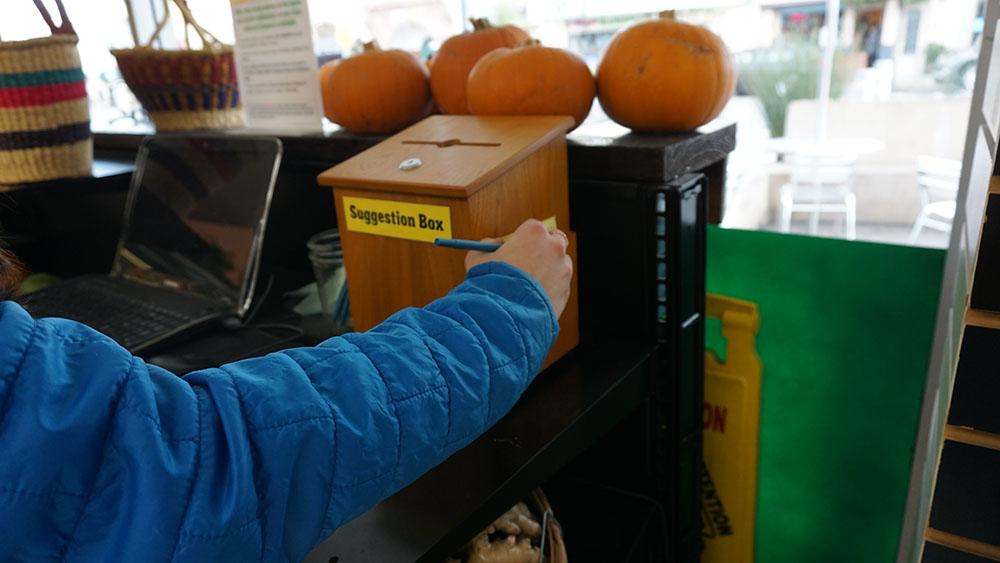 SUGGESTIONS A wooden box welcomes customers into Country Sun, which demonstrates the way that the shop values their loyal customers. Photo by Maggie Cheung.

The store truly values their customers, as evidenced by the small wooden suggestion box that greets shoppers as they enter the store. Palo Alto High School senior Emma Smart, who has worked as a cashier at Country Sun for two years, says that loyal customers are crucial to the store’s success.

“Country Sun is a small grocery store, but it’s been around for years, so we’ve totally built up a fanbase of people who want to support a small business,” Smart says. “We have really loyal customers who will still shop here no matter what.”

Around Palo Alto, people often think of grocery shopping as a tedious chore, but a visit to a local store can be an adventure.

“I think we’re a really cool, tiny little store,” Otte says, as a smile spreads across his face. “There are lots of randomly cool items in here. And I think for everybody it would be a little bit different.”