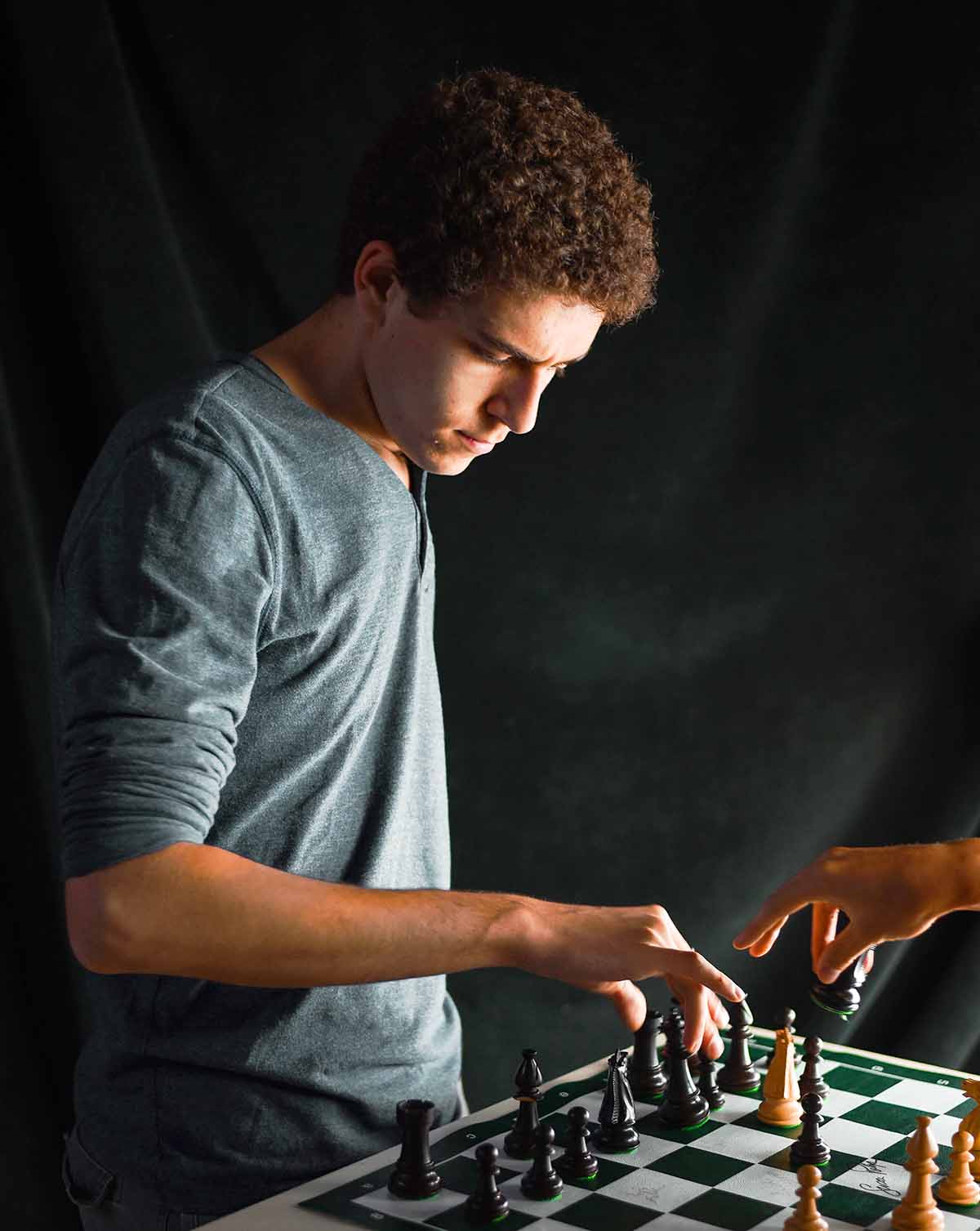 Daniel Naroditsky would take an F on any kind of test, 100 times over and then some, if it meant he could undo a single blunder in a game of chess. That’s because the let-down of a bad grade, to Naroditsky, has practically negligible meaning when compared to the sting of a tide-turning mistake over the 64-squared board. He even likens it to physical pain, because having the blood, sweat, tears and hours and hours of time he has devoted to the game be wasted over some minuscule miscalculation or minute oversight is too agonizing to be described as simply a disappointment.

It’s a bit hard to take him seriously when he says this. Not because he’s trying to over-dramatize his emotional process, but because it’s utterly impossible to comprehend how all his sensibility would be lost over what is, in essence, just a game.

Mental exhaustion, according to Naroditsky, is the dark side of chess. And the constant psychological turmoil he’s described has certainly been dark enough to derail the aspirations of many a young chess prodigy.

“But it’s what you gamble,” he says. In chess, ups and downs are inevitable and feeling like you’re on top of the world one month and then in total crisis mode the next is unavoidable. “It’s what you risk for the thrill of success.”

Naroditsky is, by all standards, an extraordinarily talented chess player. He’s ranked 10 in the U.S. and has a FIDE standard rating, the official measure of chess ability, of 2626. That puts him in the top 0.08 percent of all professional players. He also achieved the title of grandmaster, the highest and most coveted title in chess, at age 17. And, what makes everything even more impressive, is that he managed to accomplish all this as a part-time chess player and full-time student. A high-level full-time student, too, as Naroditsky is currently attending the prestigious Stanford University as part of the Class of 2019.

“People don’t understand just how obsessed with chess I still am.”

Attending Stanford is something Naroditsky is openly proud about. Not just because it’s a school most can only dream of getting into, but because this level of education is rather unusual for chess players. He’s not just talking about college — many competitors don’t even make it to high school. Instead, they start being homeschooled from as young as 12 or 13. Too young, Naroditsky believes, to be burning all your bridges.

“Even if they weren’t to go to a very serious college, then just the fact of knowing something else or having some other interest can open a door just a little bit,” he says. “So if adversity strikes in the world of chess and you get burned out or you find that you want to explore something else, then that door’s already opened slightly.”

Social development is something else Naroditsky recognizes as vulnerable in young chess players. That’s another point of pride for him: being able to maintain both a healthy social life outside of chess as well as other interests like basketball, reading and listening to music.

“There are two categories of chess players: those who have other hobbies and actual lives outside of the game, and those who don’t,” Naroditsky says. Those who don’t, he believes, aren’t equipped with the same social abilities as their more well-rounded counterparts. “You can’t talk to them. They don’t have any other interests.”

Developing a tunnel-minded, Bobby Fischer-esque obsession with the game seems to be a fear of Naroditsky’s. Or maybe he’s just being pragmatic, wanting to have a diverse field of knowledge so he’ll have other alternative career paths to fall back on later. Either way, while he understands the need for a balance between chess and the rest of his life, maintaining a part-time chess career as a student is far from easy.

His academics, for one, have had their fair share of suffering from his devotion to the game. Besides having to balance his chess studies with everyday homework, Naroditsky routinely travels out of state and even country to participate in elite tournaments. That makes catching up with schoolwork somewhat of a perpetual occurrence. One time, after coming home from a tournament right in the middle of junior high final exams, Naroditsky fell so behind in his studies that he couldn’t make sense of practically any of the material. 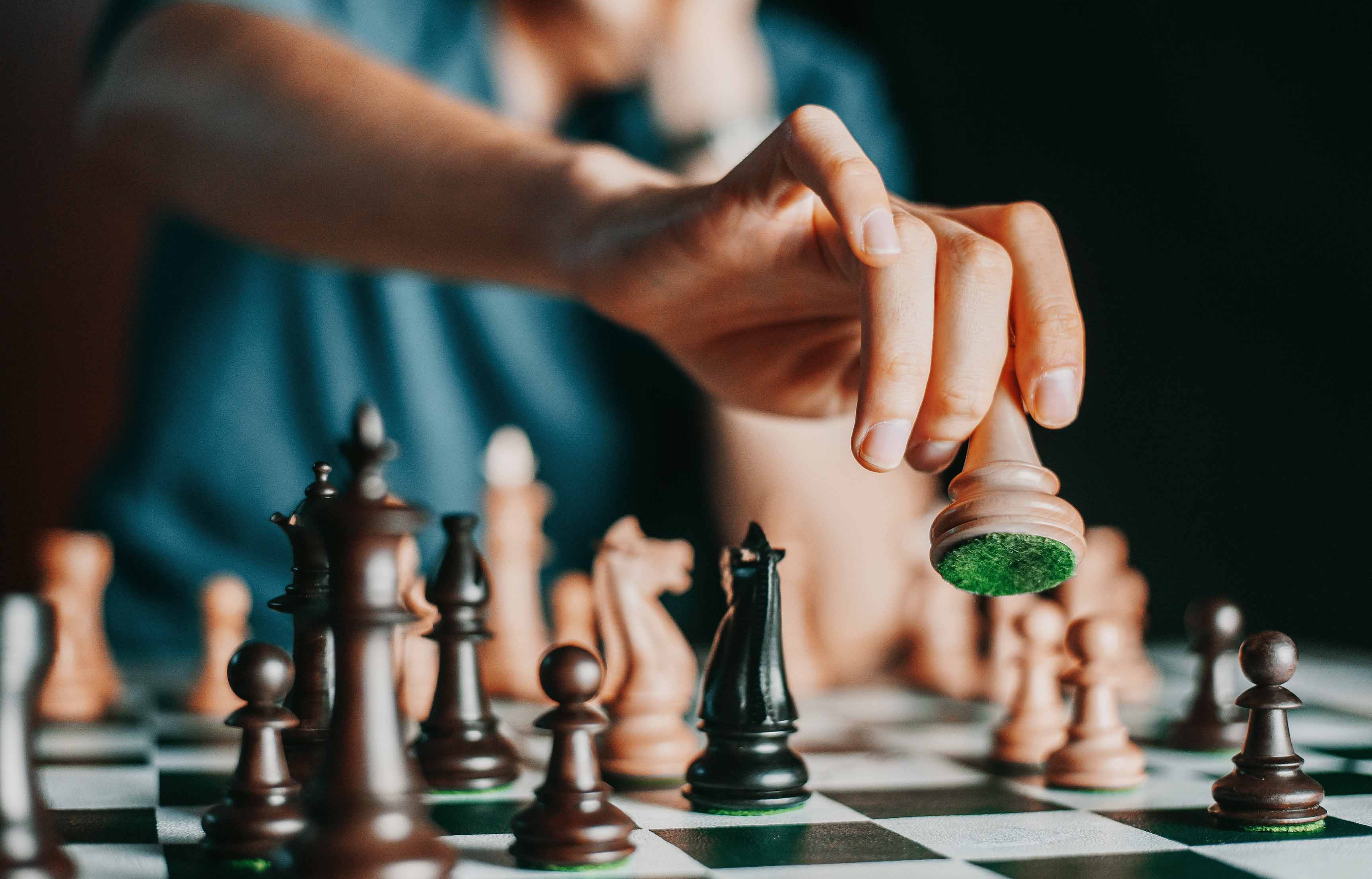 In game one of a series of casual blitz matches against Paly junior Leyton Ho, Daniel Naroditsky started off with the white pieces. His advantage only widened from the opening until the two reached an endgame, where Ho resigned with little less than two minutes on the clock. Photo by James Poe.

“Apparently we had covered beginner trig in math,” he says. “And I had no idea what that even was. It was horrifying.”

Teachers, according to Naroditsky, have always tried to accommodate his busy schedule. Fully understanding his love of chess, on the other hand, is harder. But he says that’s true with most people — they see the game as a hobby he’ll grow out of instead of a full-fledged, competitive sport.

“People don’t understand just how obsessed with chess I still am,” he says. “There’s no partition between my life and chess. It’s who I am, it’s part of my identity. It’s the air I breathe.”

Clearly, chess is by no means a popular sport to play or even watch. Even Naroditsky recognizes this, calling the chess community a small place (though not exactly tight-knit because he says players want to rip each other’s throats out at the board) where only tiny droplets of information make it out into the more mainstream populace. That so many people are ignorant of what it means to be a grandmaster and just how good you have to be to carry that title is frustrating to him at times.

“Sometimes I have that bridge where I want to be modest on one hand, but on the other, I just want to say it like it is and say I’m better at this than you’re going to be at anything your entire life. Like don’t you dare even question,” he says. “But if I want to have any kind of friends then I’m not going to say that.”

Despite its obscurity, the impacts of chess have reached into almost every aspect of Naroditsky’s life. His concentration, for example, is one ability that has been improved by the game. According to Naroditsky, having nothing other to do than think about chess while you’re sitting in the same chair for a five-hour match hones the capability to focus. That’s why he attributes chess to his ability to read and enjoy books in a tech-based world that’s seemingly destroying attention spans left and right.

“That’s one of the things that’s magical about chess,” he says. “You play it, you take it seriously and your powers of concentration, for a duration of time, remain.”

“You forget these people are the best in the world at what they do and you’re receiving one-on-one instruction from them. What the hell do you expect?”

“It’s the best feeling in the world,” he says. “Winning is — it’s unbelievable how intoxicating that feeling is. It’s just amazing because you allow your selfishness and your egoism to go out in a healthy way that’s socially acceptable.”

But no matter how much the non-material rewards of chess are worth, finances will always be a problem. Unless you’re the world champion, says Naroditsky, relying on tournament winnings isn’t feasible. You need to coach.

A living made through coaching, however, is a hard living. He says it’s definitely an option, but combining the fact that there’s a monetary ceiling and that lessons drain so much energy makes it a less-than-attractive option. Especially for high-level grandmasters like Naroditsky, who charge in the realm of $100 to $150 an hour, it gets discouraging when people immediately label their price as unreasonable.

“You forget these people are the best in the world at what they do and you’re receiving one-on-one instruction from them,” he says, shaking his head in annoyance. “What the hell do you expect?”

His next move after graduation, for now at least, is one that is decidedly unclear. In fact, Naroditsky has no idea what he’s going to do. What he wants to do, on the other hand, is more tangible. He wants to keep playing; he wants to keep coaching; he wants to do something that’s related to chess but maybe involves other skills like computer science or psychology. Whatever that is, he knows he can’t abandon the game.

“I think it’s a shame to drop it when it’s something that I’ve put my life’s work into,” he says.  “Chess is going to be a part of me whether I like it or not.”