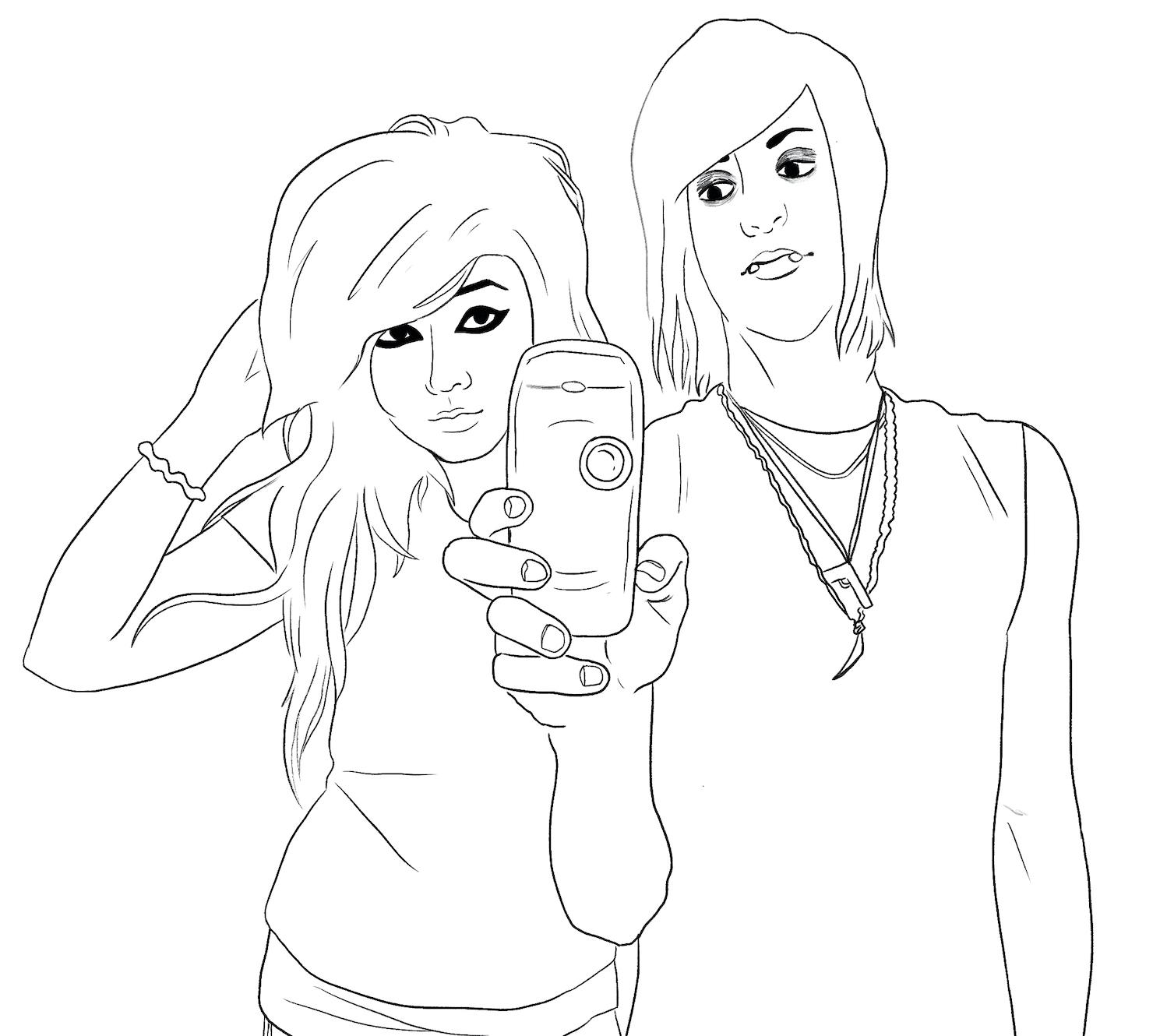 Emo. You have probably heard the phrase before. It’s a shortened version of the word “emotional,” yet the meaning is different. Black clothes, black hair, black makeup and black accessories categorize certain individuals as “emo” — these trademarks let you know that they’re an outsider, an outcast. As the walking impersonation of death and isolation, they don’t always fit in, but that’s the point.

I’m here to tell you that emo people are not something to be afraid of. Instead, you should appreciate them, as they’ve drastically helped to make our society what it is today.

Allow me to explain myself. As an angsty middle school teen immersed in emo culture, I learned that emo culture builds itself on three fundamental pillars: appearance, music and social media. Though it may not be apparent, contributions through each of these pillars have weaved their way into modern culture.

Let’s begin with appearance. The focus of emo style in general is to set yourself apart, which is a sentiment that resonates with a majority of adolescents. The teen years are a time to experiment and see which style can be uniquely yours. Emo fashion just happens to be that outlet for a very particular community. For those who prefer to stay away from extremes, emo style includes a variety of small, subtle elements that are commonly used today.

Emo fashion varies among the categories of scene, grunge and goth. Scene, the more colorful of the three, boasts over teased, side-swept hairstyles. Grunge, the farthest from typical emo, focuses on an androgynous and thrifted style. Lastly, goth takes the cake with all black everything, emphasizing a ghastly appearance.

As the walking impersonation of death and isolation, they don’t always fit in, but that’s the point.

In my middle school years, I would spend hours in stores such as Hot Topic, browsing through clothes and jewelry of the darkest nature. My outfits phased through different shades of black as my hair colors fluctuated between dark green, blue and purple. Having gone through the extremes of emo style, I was shocked that those same hair and fashion trends have made a comeback in recent years.

And since then, a new category has risen, taking on elements of all three: E-Girls and E-Boys. The strips of hair dyed in a non-natural color? Scene. The Dr. Martens? Grunge. The layering of chains and jewelry? Goth. All of these have diffused themselves into the mainstream, creating little reminders of the dark and intimidating looks that make up emo style.

Another fundamental aspect of the emo experience is the music. Along with fashion, emo music  spans across many different artists and sounds. Nonetheless, most emo songs contain lyrics that let the audience know that they’re not alone, or that they can be alone together.

Other emo songs are riddled with lyrics covering topics such as death, depression and heartbreak. But music that can seem so depressing to the average listener  holds a silver lining: the emo community prides itself on bringing awareness of mental health, suicide and self-harm through music.

For me, a stranger having an emo music taste was a tell-tale sign that I would get along with them. I created bonds with friends over the sounds and themes of emo music, often going to concerts together and discussing new releases and timeless classics alike. The whiny, angst-filled sound of most 2000s emo distanced itself from the mainstream pop of the time. But this sound is hard to find in contemporary pop, and has since adapted and morphed into a new, more familiar sound.

Other artists who might not be associated with the emo movement of the 2000s have included motifs related to mental illness in their lyrics. Late artists Lil Peep and XXXTentacion both addressed their struggle with depression, garnering a mass of followers who felt they could connect with the lyrics. This same connection served as the basis of emo devotion to the music and its artists.

Just as themes of mental health are prevalent in emo music, they also remain prominent on social media platforms such as Tumblr and the now defunct MySpace.

Being a welcoming space for outsiders, especially those who identify as LGBTQ+, is a tenet of emo culture. Online chat groups and public accounts spread emo ideals across the Web, allowing for a larger global influence.

The one thing that stuck with me beyond my indulgence in emo style was the open discussion of mental health through the emo community online.

Through social media communities and forums,  I interacted firsthand with people affected by mental illness. My eyes were opened to an entirely new world, and I finally realized how closely I was impacted by mental health. Through many discussions — both online and face to face — I  learned how to talk about mental illness and support my friends in their times of need.

Are you still not sure how anyone could wear all black in the glaring heat of summer? Fret not, for the extremity of the emo lifestyle is not for everyone — it is for the emotional.

Nevermind 25: A look at Nirvana’s fading influence on our culture

How ironic: Self expression through vintage fashion trends