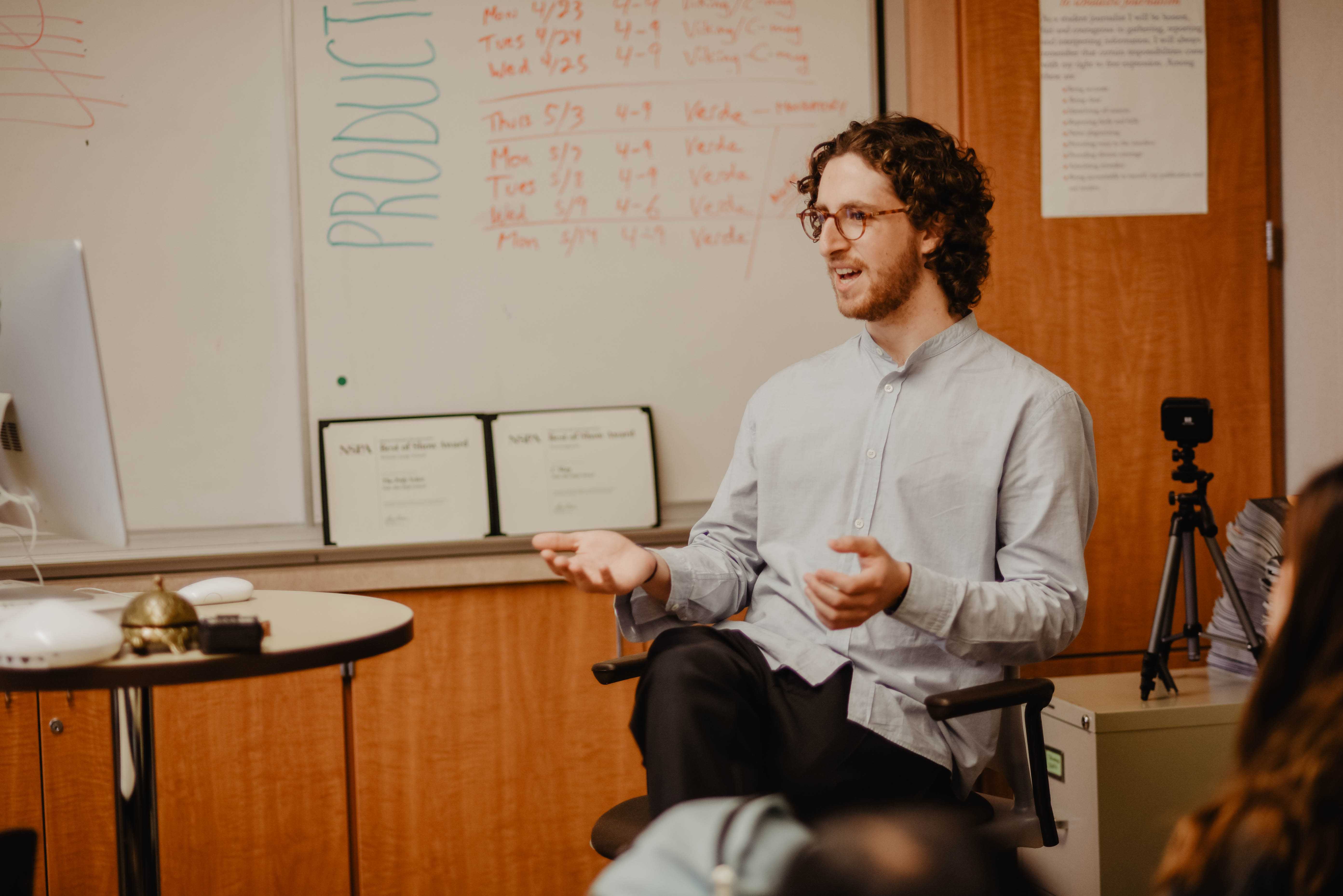 A Moscow correspondent for The Economist and founding member of Viking Magazine shared with students in the Media Arts Center on Friday how student journalism shaped his career and how he uses his education in his profession.

Noah Sneider, Class of 2009, said being in Palo Alto High School’s journalism program was an important step towards becoming the journalist he is today.

“Having the chance to get that experience here … when the stakes are slightly lower than the front page of The New York Times is really, really valuable,” he said. “I think you guys [Paly students] are super lucky to have that chance.”

Sneider said his interest in journalism began in fourth grade.

“I think my first article was about the popularity of tetherball at Addison [Elementary School],” he said.

After working as a member of Paly’s sports magazine, Viking, Sneider temporarily lost interest in journalism, and then attended Pomona College. Having two parents who had been journalists, Sneider said he wasn’t keen to continue that family tradition.

Despite his hesitation to study journalism in college, Sneider realized before graduation that a career in journalism could also fulfill his passion for travel.

“I loved writing, and I wanted to travel and see the world, and as it turns out, journalism is one of the very few if not only ways that you can make a living, an interesting life, out of those two things,” he said.

After moving to Moscow in 2013 and working in various writing and editing positions, Sneider was hired by The Economist, a UK-based international magazine. Since, he has written numerous stories illuminating the people and communities of Russia and surrounding countries. His work has appeared in The Atlantic, The New Republic, and Slate, among others.

In 2014, Sneider’s article about Igor Strelkov, a rising power in the midst of the Ukraine crisis, appeared in The New York Times.

Recently, he traveled across Russia profiling Russian 18-year-olds in a piece called ‘Meet the Puteens’. The article challenged stereotypical ideals of Russian youth and their lives under Putin.

“We wanted to give them a chance to reveal themselves as individuals with particular tastes and views and beliefs, rather than as political caricatures,” Sneider said.

A Paly student who discovered and was able to harness his passion during high school, Sneider enjoys his profession to this day.

“I’m responsible for everything that happens in this enormous country and several of the countries around it, everything from politics to culture to economics,” Sneider said. “It’s a very open-ended and exciting place to be.”