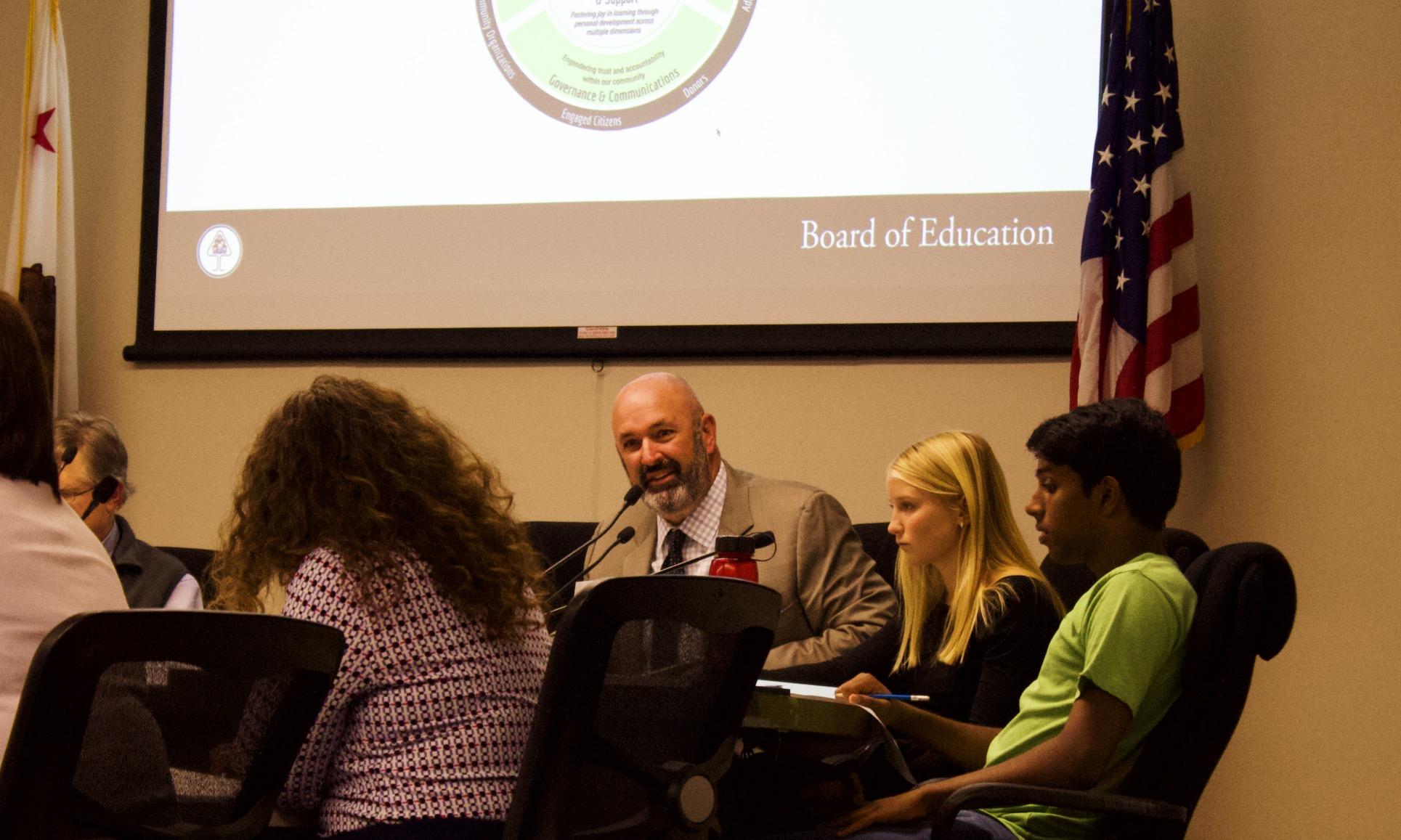 Superintendent Don Austin speaks at the May 14 Board of Education meeting. Photo by Asia Gardias

Don Austin: A year in review

A year into Don Austin’s tenure as superintendent of the Palo Alto Unified School District, his proposal for a new student leadership group is drawing praise from student leaders.

“I was very pleased when I learned about his student advisory panel proposal,” Senior Class President David Foster said. “If students are able to provide tangible ideas to the district and hopefully the Paly Administration, we could get a lot done.”

According to Austin in an interview with the Paly Voice, the purpose of the advisory panel is to “create a direct student-to-superintendent channel” to keep him informed when making decisions.

Throughout the year, Austin has also worked to combat the e-cigarette problem that persists at Paly and Henry M. Gunn high schools.

Austin collaborated with the schools to improve the fire alarms, which continued to go off throughout the day and used vaping sensors with the hope that this would prevent students from vaping in the bathrooms.

Other projects Austin is working on includes the expanding the Greendell Elementary school program.

Greendell Elementary School is home to the Young Fives, Transitional Kindergarten, and Special Education Preschool programs. Austin plans on keeping classes at Greendell, and in addition, expand the programs to other schools such as Duveneck and Barron Park elementary schools.