Do You Read Me?: Dyslexia within the Palo Alto High School community 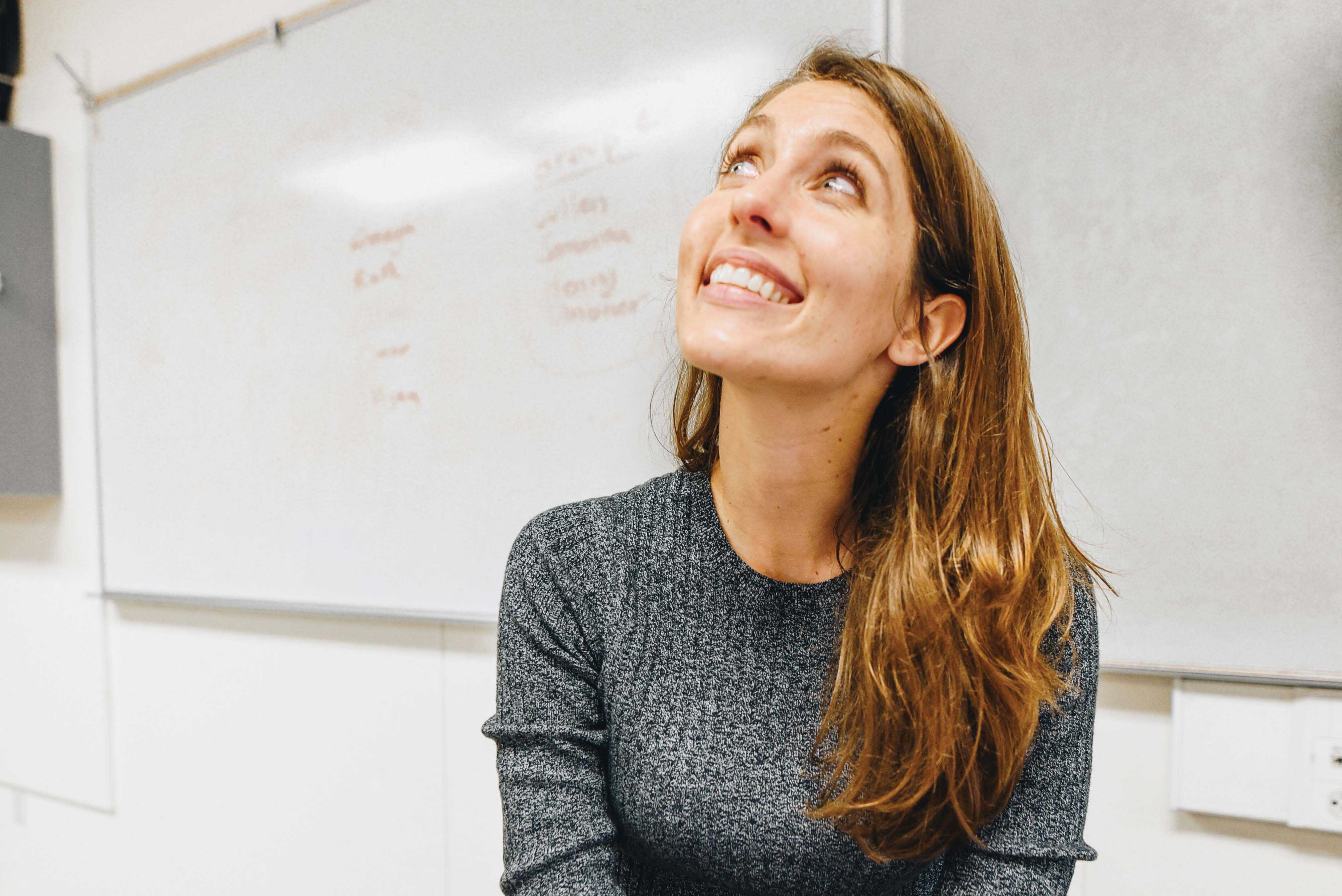 “Chemicals like DDT can accumulate in predatory birds,” Alicia Szebert says, as she teaches an AP Environmental Science lesson. She writes as she speaks, erasing “brids” and correcting it to “birds”; she does this so swiftly that most of the class doesn’t notice.

Szebert is an admired chemistry and and AP Environmental teacher at Palo Alto High School. However, many of her students remain unaware that Szebert has dyslexia. Szebert says that her spelling struggles initially caught the attention of her mother, a school psychologist.

According to Szebert, starting from a very young age, she would write the same word three different ways within the same paragraph. Szebert believes that her spelling skills actually have not significantly improved with age, but because she does not write on the whiteboard often, her students do not notice.

Reading has always proved to be a less of a challenge for Szebert; though she was a little slower at reading and still has to re-read text sometimes, “it [reading] has never severely affected my life,” Szebert says.

Szebert has been very successful throughout her school and work career; however, Szebert stresses that while her dyslexia has not greatly affected these areas of her life, others may have very different experiences.

Dyslexia is a combination of “dys,” meaning “difficult” in English, and “lexis,” meaning “speech” or “words” in Greek. The term was first used in the late 19th century and has become much more commonplace as the disorder is more extensively studied. In 2017, the California Dyslexia Guidelines were published by the California Department of Education. The document serves as a response to several sections added to the California’s Education Code in 2015, and to provide information for the identification, assessment, and supporting dyslexic students.

According to Paly School Psychologist, Lara Zawacki, the typical symptoms of dyslexia include difficulty with phonological processing paired with difficulty with rapid naming.

Phonological processing is the ability to break a word down into small sound units such as syllables or letters. Once a person is able to phonologically process a word, they must then register the word and retrieve it from their memory. Typically, this process takes about .2 seconds.

However, “Difficulty manipulating phonics and blending out sounds, and also [difficulty] with quickly scanning print and retrieving the associated verbal label from long term memory … are often two signs of dyslexia,” Zawacki says.

Zawacki uses the word ‘fellowship’ as an example, which has the syllables fel-low-ship. Those with dyslexia often struggle with sounding out the ‘phe’ sound in their mind, then connecting that to the ‘el’ sound, and so on for the rest of the word. Moreover, once they have processed the word with sound, they must recall the word from their long term memory. For those with dyslexia, this process takes so much time and effort that the brain essentially becomes exhausted.

Zawacki stresses that no two brains are alike and as a result, no two cases of dyslexia are identical. Some might just have difficulty blending out sounds, but can remember words visually when they sight read. Others might experience the opposite. There are even cases where people with dyslexia struggle with direction due to their inability to retrieve information from their visual memory.

For this reason, intervention is tailored to each individual and symptoms they exhibit. Advances in technology now play a role in accommodating students in the classroom.

Zawacki wants students with learning differences to know that a disorder does not define a person.

“We are in a time were we tend to over pathologize… and that can be risky because it can lead to getting depressed, like ‘oh, this is my label’,”  Zawacki says. “But really, we all just have our unique strengths and weaknesses and have to learn what strategies work best for us.”

“We all just have our unique strengths and weaknesses and have to learn what strategies work best for us.”

Jones, whose name has been changed to respect his privacy, is a junior at Paly who has always done things his own way. He attributes this trait to the unique way his brain functions.

For Jones, his school experience has consistently varied from those of his classmates.  Jones was put in separate classes from his peers at a very young age as he was learning to read; however, Jones first noticed a difference in his learning pace compared to those of his friends around second grade. Jones kept reading simpler books as his friends began to read more advanced ones.

Initially, Jones was labeled with a processing deficit and problems with reading comprehension. However, Jones was tested last year and subsequently diagnosed with dyslexia and ADHD.

According to Jones, he struggles to differentiate words, “I will see them on a page and not be able to remember them, and then I will have to read and reread them,” Jones says.

Jones says that often, when he re-reads a word, his mind will read it slightly differently than he had before.

Avery, whose name has also been changed to respect her privacy, is a Paly senior who dreams of one day working in the fashion industry. Avery certainly fits the part; after a quick look at her sleek all-black clothing ensemble, accessorized with delicate jewelry, one can easily predict Avery’s future entrance into the fashion world.

But before she can accomplish that goal, she must take her SATs, turn in her homework assignments, and complete her essays. For Avery, these tasks pose more of a challenge than they would for many of her peers.

Avery depends on spell check to correct misspelled words within her writing, however, sometimes, spell check suggests a word that she  wasn’t even intending to use. Due to her dyslexia, she cannot tell that this is not the correct word. Luckily, according to Avery, teachers are accommodating towards this and usually understand what she is trying to say.

In order to qualify for accommodations in a classroom setting, Avery must take tests that gauge her dyslexia. Avery says that since third grade, she has taken these tests five times.

Avery dreads standardized testing; for many people, the SAT takes four hours out of their day. For Avery, it took ten hours. For much of that time, Avery was accompanied by an adult who read the test out loud to her. Avery says that this accommodation allowed her to understand the text more thoroughly, and as a result, score higher on the SAT than she would have without the accomodation.

Avery states that her education experience and her teachers have helped her succeed in academics. Documents such as the California Dyslexia Guidelines aim to shape the experiences of many students with Dyslexia, and hopefully aid students to succeed as Avery has.