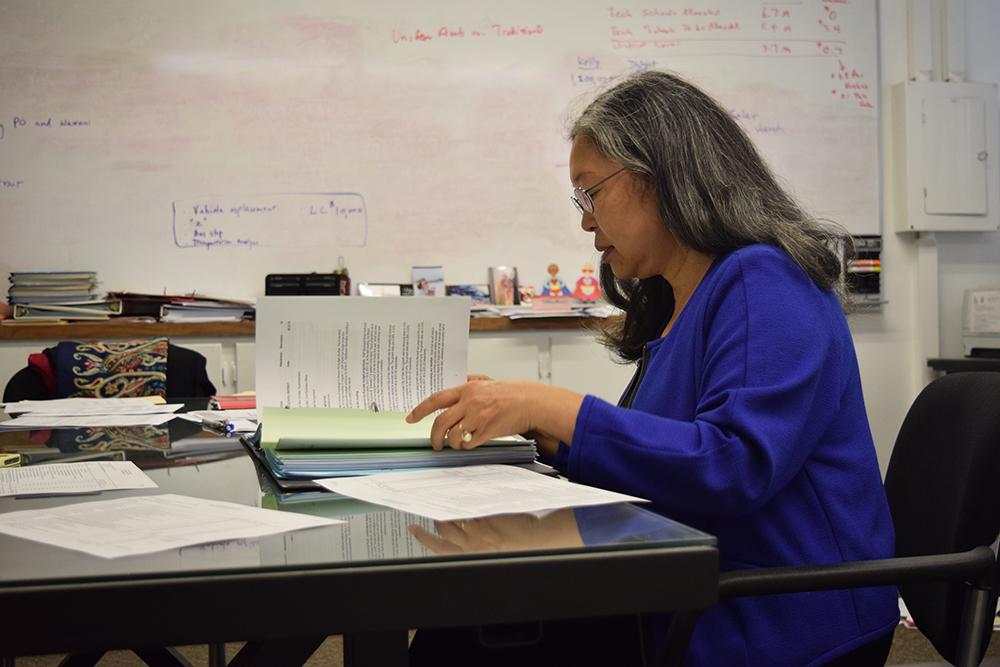 The Palo Alto Unified School District’s decision to cut $4.4 million in the 2017-2018 budget will impact every school in the district, including Palo Alto High School, according to the district’s Chief Business Officer Cathy Mak.

Paly’s budget secretary, Lisa Stone, said that one of the reductions decided last spring was to decrease the per-student allocation at each school from $105 to $85 for this year. As a result, each of the departments at Paly will receive less money, reducing the amount that can be spent on supplies. Additionally, the school may be canceling some activities like Camp Unity, Stone said.

During a meeting last week, the school board approved additional budget revisions that raised salaries for employees, added multiple staff positions and froze the hiring of a communications coordinator.

The purpose of these revisions, as well as other budget reductions, is to help compensate for the budget shortfall that occurred in 2016, according to Mak.

Mak said two-thirds of the district’s budget is supplied by property tax revenue. Every June, the district decides on a budget for the following school year based on predictions of property tax growth using data from prior years.

Although this may seem significant, Mak stated that most of the recent budget reductions are only reversing some programs that the district added between 2013 and 2016.

Adding to complications is a multi-year contract in which the district agreed to give employees a three percent raise in 2017-18 if negotiations were not reopened by March 2017.

The deadline passed without any written communication reopening negotiations, giving the district no choice but to follow through with the raise. With employee bonuses, this raise could cost $6 million.

“We base our decisions on student needs.”

“We base our decisions on student needs,” said Alma Ellis, the district’s Special Education Director. “We will move around resources based on the budget that will be allocated. This is an opportunity for us to revisit how we are allocating and utilizing our resources.”

Last spring, the school board proposed consolidating two district art coordinator positions to save money. This did not end up happening, much to the relief of this year’s new art coordinator, Li Ezzel.

“I have met so many people in my first two months here who told me that they personally … fought to keep this art coordinator position,” Ezzel said. “It is gratifying to me to know there is that kind of support, both within the district and in the Palo Alto community as a whole.”

When it comes to deciding which resources get reduced, students and families can give their input through community forums, emailing [email protected], or contacting their student board representative — at Paly, that would be senior Richard Islas.