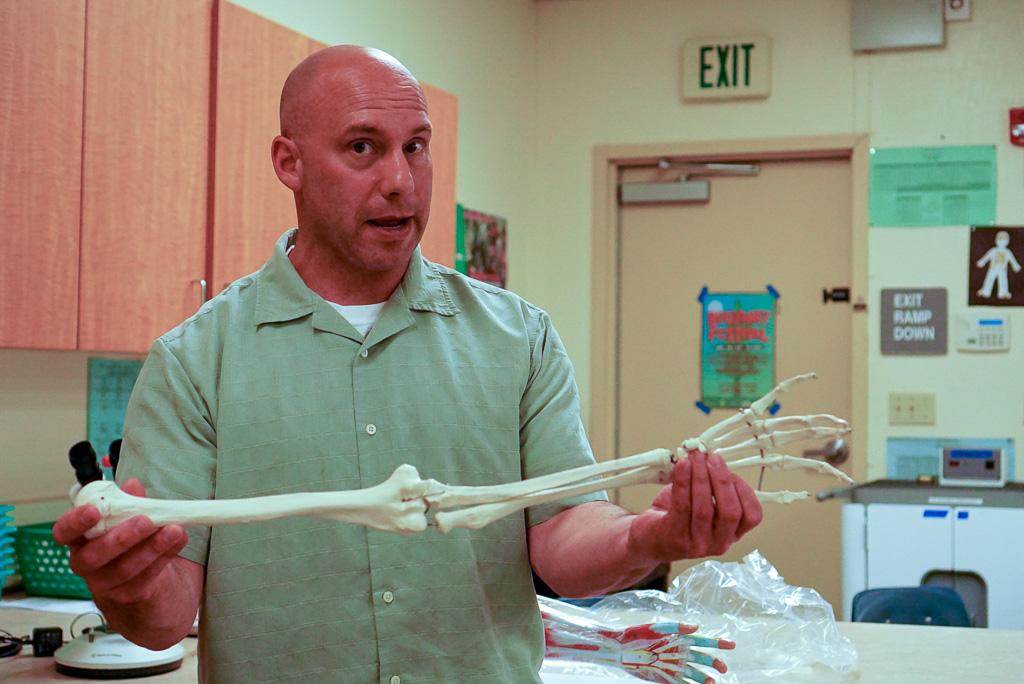 An Anatomy and Physiology course will be added next year, taught by Biology teacher Randy Scilingo.

This hands-on class offers dissections of bananas, brains, hearts and bones. Units include muscle and exercise physiology, histology (the study of tissues), and systems of the body — including the integumentary, nervous and skeletal systems.

Although there are honors lane and regular lane options for this course, it will be a mixed class, so activities will be similar, if not the same, according to Scilingo.

First semester will build the foundation of bodily systems, while second semester will focus on muscle physiology and the cardiovascular and respiratory systems.

Comparable to a semester-long college course, students will conduct dissections of  muscle cells to understand the proteins of a muscle and the intricacies of moving muscles. As part of the exercise physiology portion of the class, students will spend time in the weight room learning the technique of exercising.

Scilingo took Anatomy and Physiology in college and taught it for 15 years at other schools. He planned on launching this class as soon as he got to Paly two years ago. Last year, the material was incorporated into Project Lead the Way, a four-year pathway for students that are not considering a traditional four-year college.

“It’s so encouraging. I have kids five, six years later telling me they are in med school, and they remember what we learned [in Anatomy and Physiology],” Scilingo said.

New lab equipment and models that surpass the resources at some colleges will be introduced, according to Scilingo. Models of the hip-joint muscles, lung and human arm are boxed up in his cabinets, ready for next year.

“Everybody gets a femur,” Scilingo said.